Ohio State linebacker K'Vaughan Pope is looking to crack the rotation for the Buckeyes.

COLUMBUS — The work isn’t done just because a couple footballs came his way and K’Vaughan Pope was able to snatch them out of the air.

Yes, the interceptions last season were a sign that the Ohio State linebacker can deliver big plays when given an opportunity. They can also provide some positive momentum, make sure he’s on the radar of the coaching staff and certainly aren’t something Pope will just ignore.

But the junior also is trying to keep those couple highlights in perspective while the Buckeyes as a whole wait for the green light for football to resume. Pope isn’t a finished product, and he’s not going to pretend otherwise just because he’s cashed in on a couple opportunities off the bench to show what he can do.

“It’s way faster than what I thought it would be,” Pope said. “But everything slows down once you know what to do, and once you get the grasp of the game. 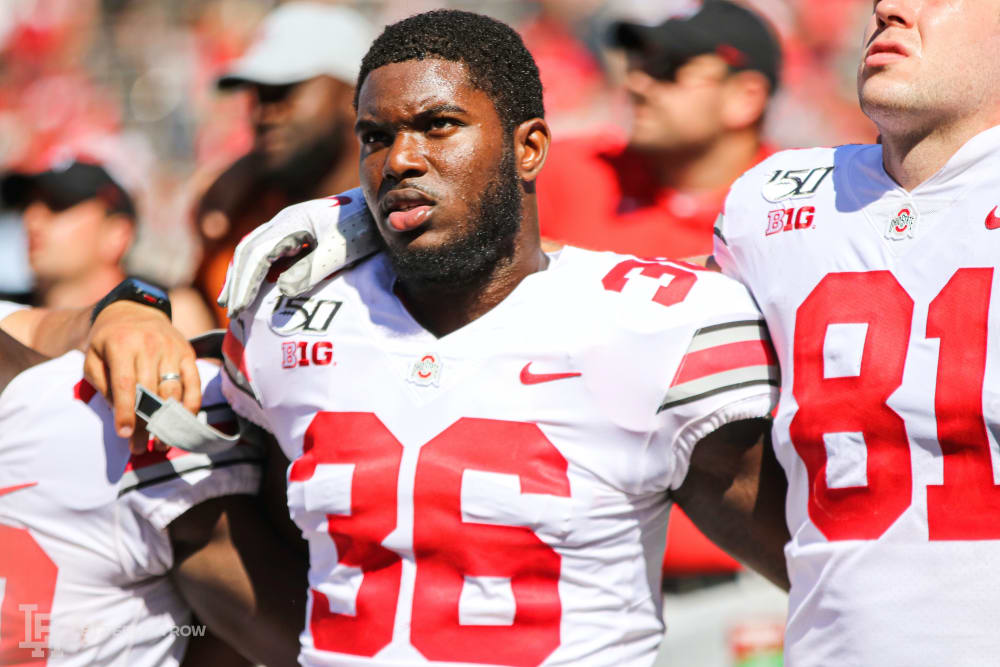 “[The success] humbled me. It was a good experience, and I had fun doing it. … I kind of still doubt myself every now and then — but just knowing what to do helps.”

Pope should be much more comfortable now after appearing in 13 games for the Buckeyes last season, chipping in 13 tackles and that pair of interceptions in his role as a defensive reserve and special-teams contributor. And while that experience might not look like much on paper and the flashes have mostly come in blowouts, the coaching staff has consistently pointed to it as meaningful for guys like Pope who have been behind veteran starters for the last couple years. Thanks to all the lopsided victories, there have been more reps to go around for the next wave of Buckeyes, and Pope is on the short list of guys who have made the most of their chances.

When the time comes for meaningful action, there is already successful experience for Pope to draw on moving forward. And for Ohio State, it’s a glimpse at the kind of versatile linebacker he can become — especially if there are footballs anywhere near him.

What makes K’Vaughan Pope such an intriguing player for Ohio State? How can the linebacker make a jump into the rotation after primarily coming off the bench so far in his career? Where does he fit best in the lineup for the Buckeyes? Former Ohio State linebacker Zach Boren checked out some clips and answered those questions in the latest episode of BuckIQ.