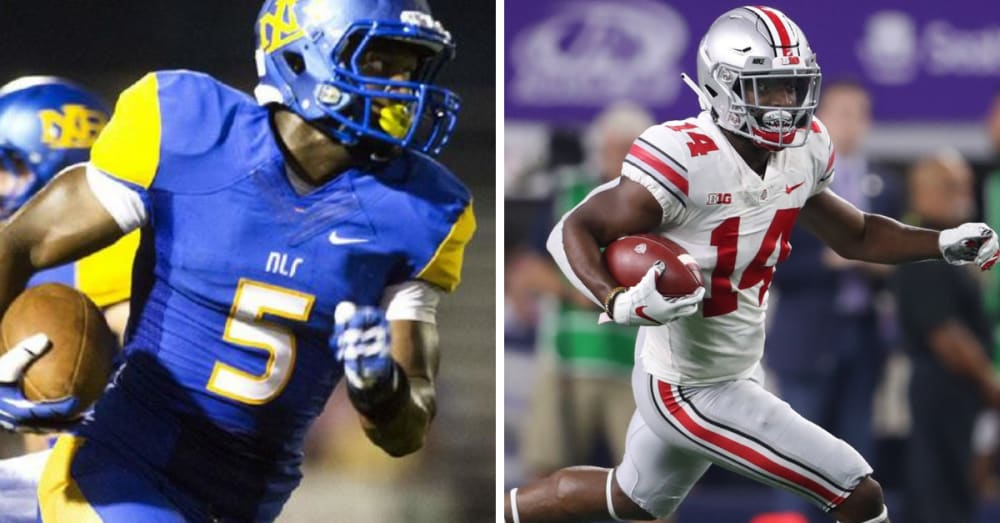 The pull of staying home was understandably intriguing for K.J. Hill

The chance to be personally coached by Urban Meyer was undeniably stronger.

And so, Hill made an early-life business decision as he finished up a spectacular career at North Little Rock (Ark.) High School: He chose the chance to play under Meyer and the national-title contending Buckeyes, eschewing his earlier verbal commitment to the home-state Arkansas Razorbacks.

“We originally did a verbal commitment to Arkansas at the Arkansas Sports Hall of Fame in Little Rock, and it was a big deal on ESPN,” said Brad Bolding, Hill’s coach at North Little Rock who’s now turned his focus to elevating Parkview’s program. “You know how it is: A player his caliber, people aren’t going to stop recruiting.

“Ohio State kind of jumped on him. And Urban Meyer coaches wide receivers. That’s kind of like a no-brainer, like a defensive back who goes to Alabama because Nick Saban coaches defensive backs. Those guys [Meyer, Saban] have had a lot of first-rounders. K.J. decided to go with Ohio State.”

Now Hill is Mr. Clutch for the undefeated and third-ranked Buckeyes (6-0), who this week host Minnesota for a noon kickoff. It was the 6-foot, 198-pounder who dissected the TCU defense to give the Buckeyes a late double-digit lead in their win last month in Texas; it was the gliding Hill who picked up blockers and had Nittany Lions seeing scarlet in a Whiteout two weeks ago in Happy Valley to cap the comeback. 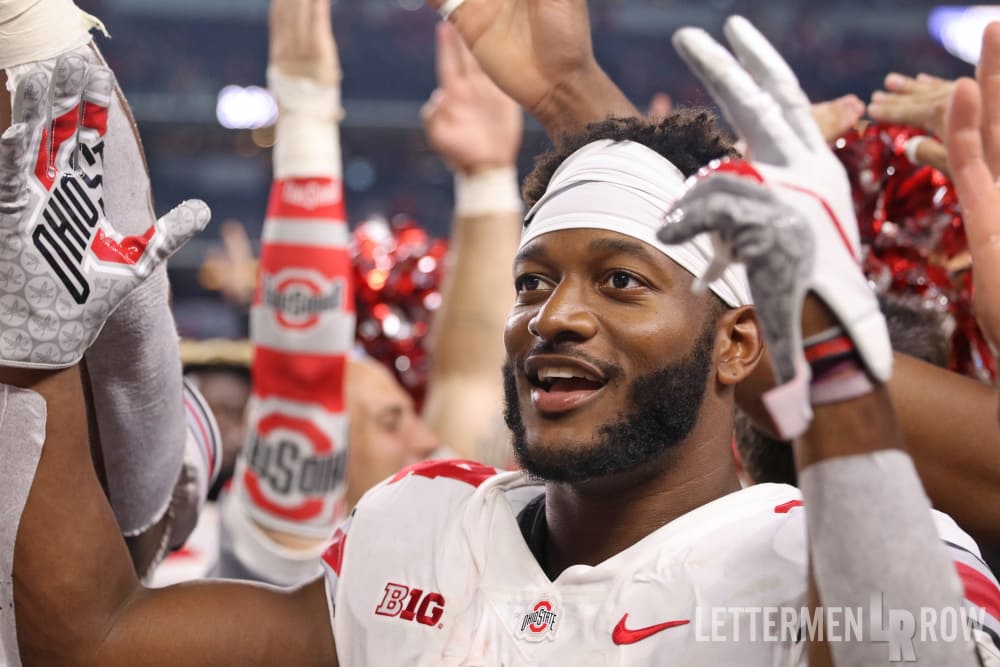 K.J. Hill has emerged as one of the most clutch weapons the Ohio State Buckeyes have. (Birm/Lettermen Row)

Hill also has done the blocking for the Buckeyes’ cast of pass-catchers, arguably as deep and versatile as any wide receivers group in the nation.

“We try to be different,” said Hill, who emphasized he immediately thanked Terry McLaurin and Austin Mack after Hill scorned the Penn State defense. “You can’t blend in being the best.

“I feel like you’ve got to be a different receiver corps, and that’s one of the things that makes us different, blocking.”

Bolding has not been surprised by Hill’s emergence; nor has Hill’s approach been anything previously unseen by his former coach.

“Obviously a lot of kids and players want to be like K.J., but a lot of players want to avoid the process required to be good,” Bolding said. “K.J. took what was given to him and took it to another level. Kids on our team recognized that hard work. They saw the work he put in around the team and the work he did with J.J. Meadors, who was a starting wide receiver at Arkansas and who has helped train and develop a lot of great receivers.

“When you see that from a guy like K.J., your team can really benefit from that. He’s always had a blue collar, lunchpail-hardhat mentality.”

Bolding found years ago in Hill a maturity that he has seen transferred to the powerhouse Buckeyes, who have gotten a 20-game catch streak and more than 100 career receptions from the fourth-year junior.

“Man, the attention and the recruiting never fazed him,” Bolding said. “He showed out at the Nike Opening combine and then at the Opening Finals 7-on-7. They get lots of publicity out there and he got thrown, really, into national prominence and handled it really well.

“Receivers can be a little different, and he kind of thrived off of that stuff. He wants the football. I use the words ball hogs, guys that want the ball, hunger for it. He never gets tired of making plays. It’s almost like a drug in itself.”

Especially since Hill knows Meyer always is watching his wideouts.

“He’s a tough dude, man,” Meyer said. “He’s a really good football player on the bubble screen, and he’s a great blocker. He can do it all.”

The Buckeyes always expected that to be the case. And K.J. Hill is proving them right when it matters the most. 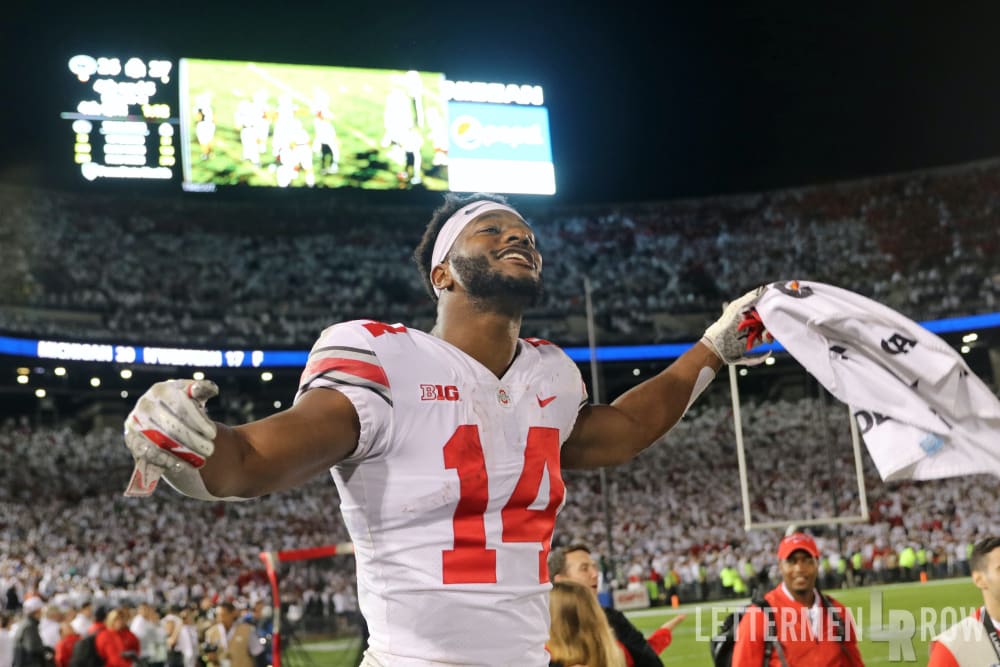 K.J. Hill has had plenty to celebrate this season with the Ohio State Buckeyes. (Birm/Lettermen Row)