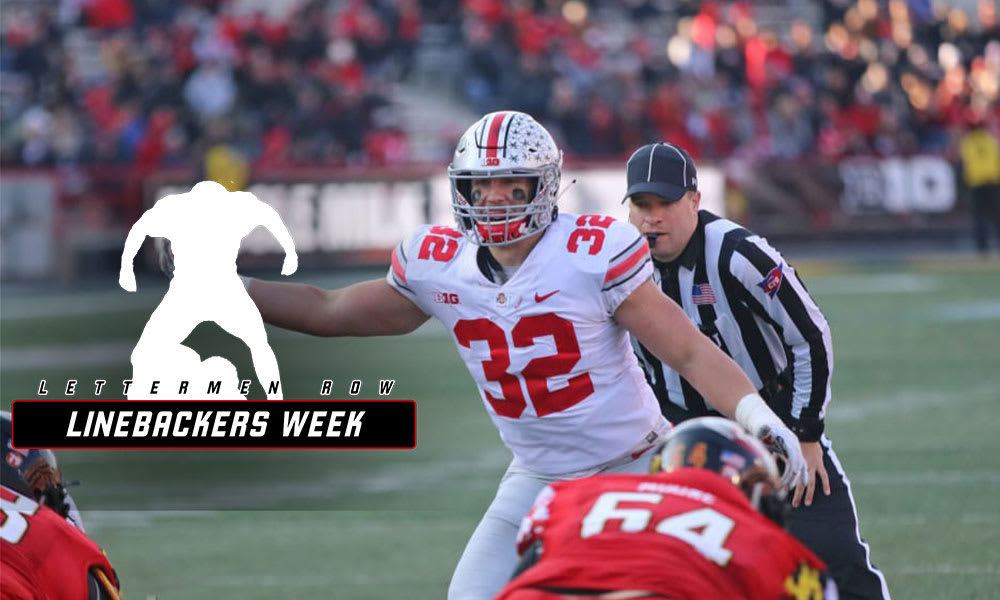 John Ivlow has nearly two decades as a high school football coach and a career as a law enforcement officer, too.

Ivlow knows tough. Ivlow coached Ohio State linebacker Tuf Borland at Bolingbrook. In all his days coaching football, as well as playing for Urban Meyer at Colorado State, the guys like Borland are more exception than norm.

“Tuf is one of about three or four freshmen that have come in as freshman and made an impact on varsity,” Ivlow told Lettermen Row. “Not just come and practice and get in sometimes. But big enough and physical enough coming in to make an impact.”

Even as dad, Kyle Borland, wasn’t so sure his 14-year-old son was ready for the varsity treatment.

“I’ve been here about 19 years, and I can think of maybe four freshmen to contribute at the varsity level — but not as much as Tuf did. Tuf rotated series, stuff like that. Other kids didn’t play as much, kick returner or clean-up time. Tuf, he’s a kid that actually got in there as a freshman. When it mattered, I guess you would say.”

Not much has changed since Borland’s arrival in Columbus for the Buckeyes. He owns appearances in all 28 career games and a team captaincy as part of Ohio State’s 2018 Rose Bowl season. This, despite myriad injuries — most notably an excruciating Achilles setback last spring. 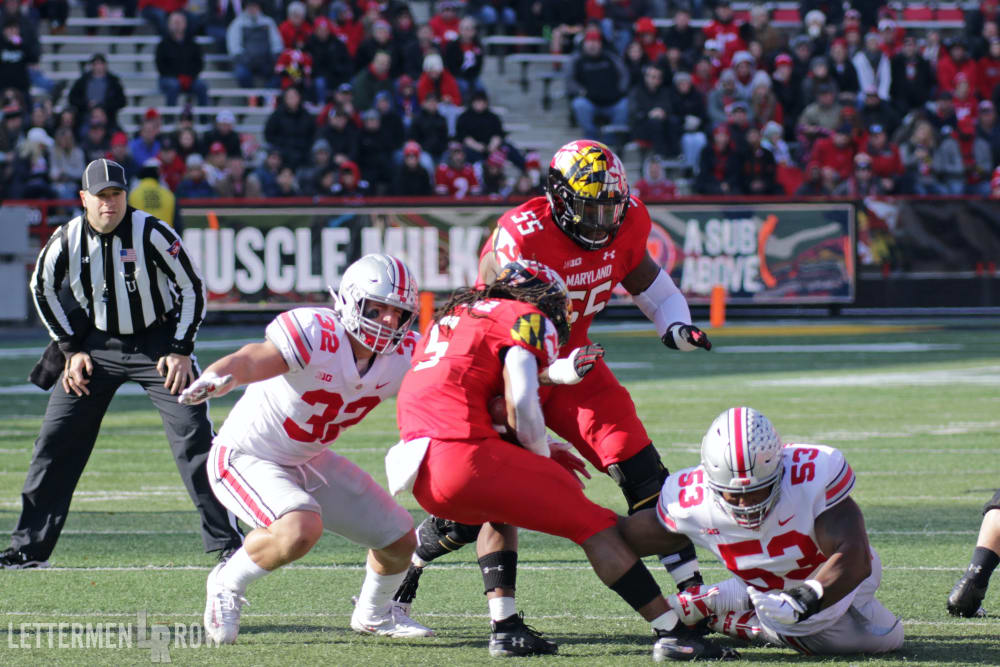 “I’m very proud of him, and the fact he was elected as captain, that’s just tremendous,” Ivlow said. “I saw some articles that said some stuff, some things online and his dad kept me in the loop. I knew the injuries he was battling. I knew he wasn’t playing at 100 percent, and it’s terrible that stuff gets said but that’s nature of the game. The stuff said about him on Twitter and from rabid fans, it was totally uncalled for. You’re only getting half the story. I’m a police officer, been one 20-plus years and it’s like that. Nobody knew he was playing hurt.

“I’m gonna tell you this, too: I got to play for Urban Meyer when he was at Colorado State, and when he said, ‘Hey John, is this good for us?’ Talking about Tuf, I had no reservations sending him Tuf. I said, ‘You’re getting a throwback, a football player.’ Again, it was easy. You knew it from Day One.”

Ivlow saw it from Borland all throughout his high school career, and not just on defense. Even late on a Friday night amidst the summer camp grind, Ivlow recalled Borland leading his Bolingbrook squad to a signature win as a senior — with an offensive play.

“And he caught a pass from the tight end spot, a deep corner route, and he had to come back and dive to make the catch. And it got us in range to kick the winning field goal. And we went in there and upset the No. 1, 8-0 team.”

Ivlow boiled down what Borland has shown on the football field so long, all that that has transcended all the coveted measurables.

Just a few months ago, Borland returned home to Bolingbrook and even logged some workouts in his old weight room. Valuable for the upcoming crop, right?

“That’s the thing, he works out at like 5 a.m., so nobody saw him,” Ivlow said. “But he did stop in later in the day, because that’s crack of dawn. He’s in there at 5 a.m., usually done at 6 — that’s what the great ones do. They don’t stay up till 4 a.m. at the tavern or playing Fortnite or whatever the hell kids are playing these days. The good ones take care of their bodies and know what they want.

“That’s Tuf. They put all their energy into achieving that goal.”

Even, Ivlow explained, if that energy doesn’t present itself for Borland anywhere except the football field.

“He’s a very quiet, shy, humble kid and he’s not a loudmouth,” Ivlow said. “You put him in a room with you, sit at the table with him, he might not say two words, but he’s got that switch all the good ones have.

“When he gets on the football field, he becomes just an evil, evil person. Maybe evil isn’t the best word — a different person. A Jekyl-Hyde type thing. They get in that zone. Tuf has that same mentality. A lot of our great ones do. ‘No, you’re not beating me, I’m tougher than you. That’s the way it is.’

“The great ones all have that, that killer instinct. Tuf has that.”

Continue Reading
You may also like...
Related Topics:Featured, Tuf Borland

BuckIQ: Ohio State has talent to get Silver Bullets back on track
Five questions for Ohio State along the offensive line
Advertisement