Connect with us
Loading the player...
Ohio State cornerback Shaun Wade has put off the NFL Draft a second time. (Courtesy/Ohio State Dept. of Athletics)

The next day, though, Shaun Wade was the one giving the Ohio State defensive coordinator a gift.

Coombs wasn’t looking to make another recruiting pitch to the potential first-round cornerback while Wade was out to dinner to celebrate both a birthday and his looming decision to sign with an agent on the way to the NFL Draft. But surely one more FaceTime conversation didn’t hurt as Coombs tried to get Wade in the fold with the Buckeyes for the second time in his career, and the relationship between the two was certainly one of the reasons the veteran captain reversed course and opted back in for one more season with the program.

“I never felt like it was hard recruiting Shaun Wade — everybody says that, but I think this is an extraordinary kid,” Coombs said after practice on Tuesday. “First of all, I sang ‘Happy Birthday’ to him, so that was what I think pushed it over the top. But the reality is this is a kid who loves his team, he loves the university — you guys remember that he committed all the way back when we won a national championship in 2014 — he loves to win and I just think he’s an extraordinary kid. 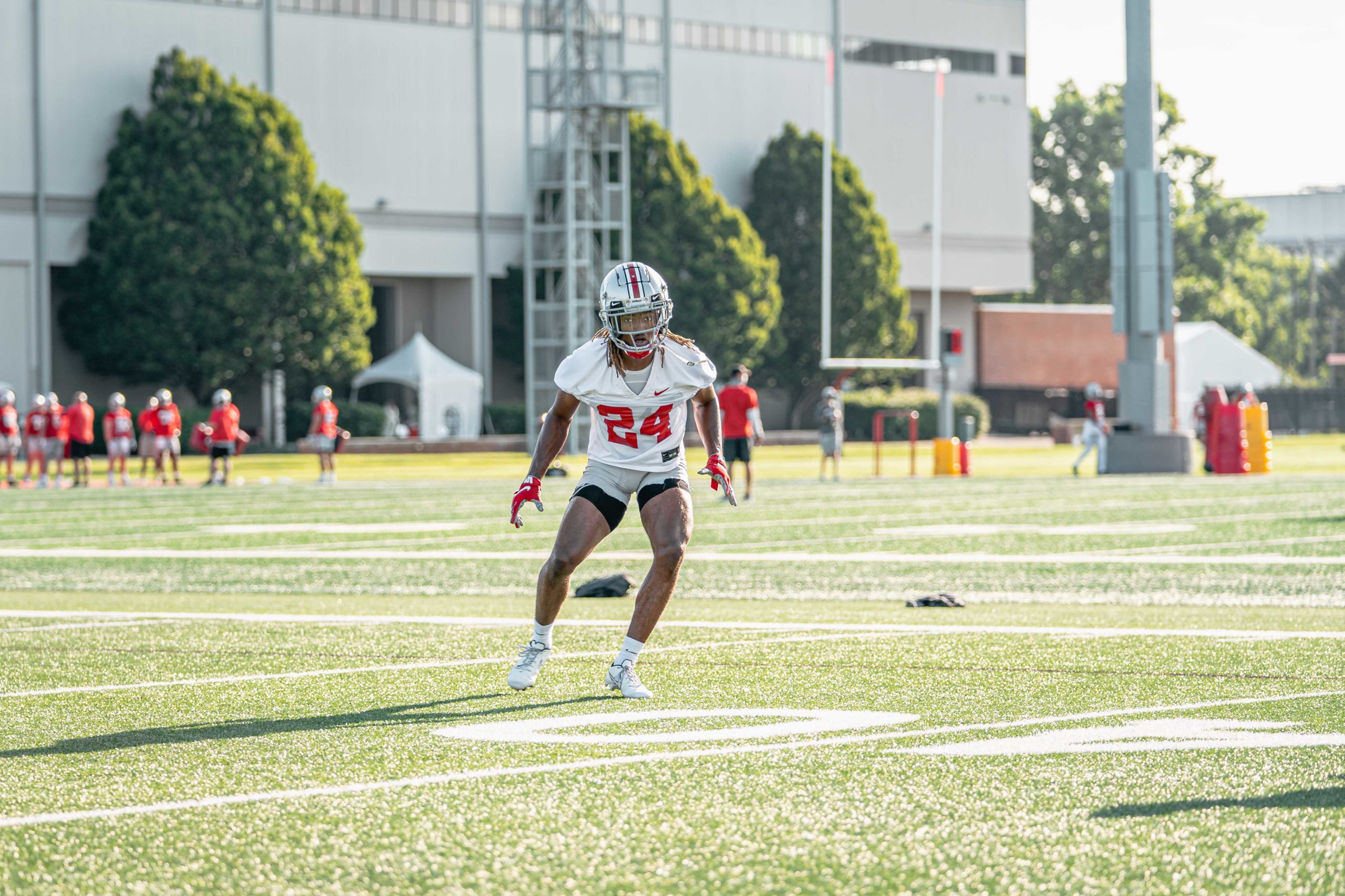 Ohio State cornerback Shaun Wade will give the Buckeyes a huge lift in the secondary. (Courtesy/Ohio State Dept. of Athletics)

There was obviously never a guarantee that Coombs would get to work with him again, first because the decorated cornerbacks coach left for the Titans and then because the exhausting Big Ten delays were pushing Wade toward the NFL earlier this month.

But all the pieces eventually fell back into place for Ohio State, starting with Wade holding off on signing with an agent and putting off the Draft yet again. And while Wade still isn’t fully cleared to resume practicing with the team while waiting for the go-ahead from his COVID tests, there’s no overstating just how important his return is for Coombs and the Buckeyes — on the field and off.

“The reality is, when a kid tells you that you need to talk to them like [he’s] your son, there’s a lot of responsibility that goes with whatever you’re going to say to him,” Coombs said. “I don’t take that lightly. So, in our conversations I tried in every way, shape and form to talk to him as if he was one of my two sons in the same situation and give the same advice that I would have given them — at the same time making sure that he was very comfortable and understood that I loved him regardless of what he decided.

“That was unconditional whether or not he played for us or somebody else or whatever he did this season.”

That choice has now been made. And maybe it wasn’t the singing or even Kerry Coombs specifically that brought Shaun Wade back, but it was certainly a decision that was worth celebrating for Ohio State.