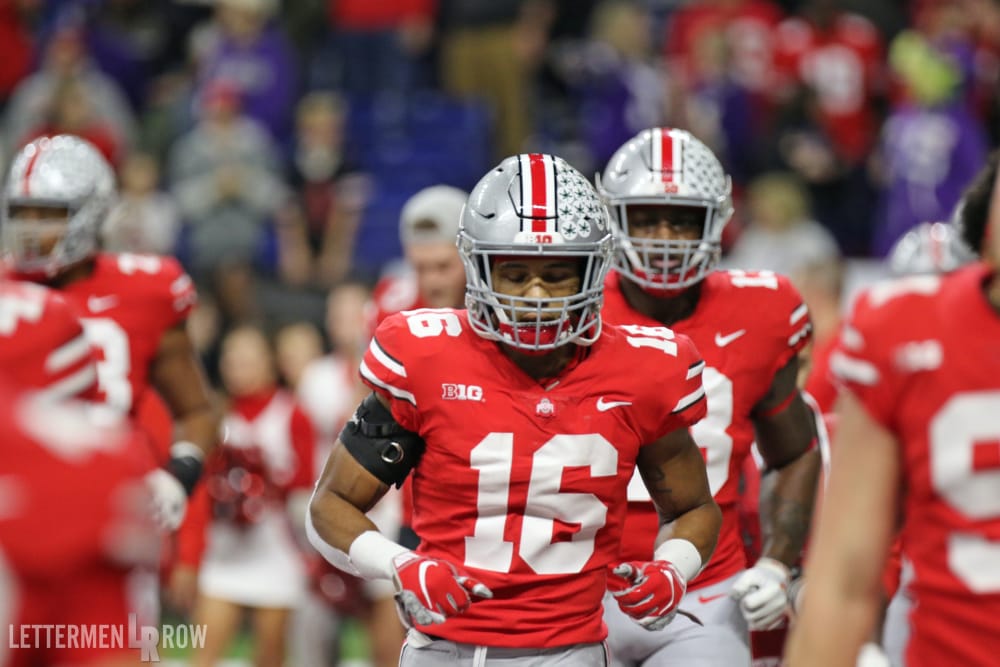 COLUMBUS — Another Ohio State name has been entered into the NCAA transfer database as reserve linebacker Keandre Jones pursues his options for the next step in his career.

Once one of the most coveted recruits in the country and still one of the most respected leaders on the roster for the Buckeyes, Jones is part of a crowded unit with no clear path to playing time. And sources familiar with his request to be added to the transfer portal indicate that it’s possible he could stick with Ohio State, but after three years in the program without a chance to show what he can do, Jones is open to a departure.

He can now be contacted by schools around the country. And There’s no denying the athleticism Jones brings to the table, which he continued to flash on special teams and when given a chance to play in his reserve role on defense. As a junior, Jones finished the season with 10 tackles, a sack, a blocked kick and a safety for the Buckeyes — showing off the variety of ways he could contribute even after his bid for a full-time starting job came up short.

“I’ve been attacking practice hard, just been staying patient and getting the most out of reps in practice,” Jones said in November. “Just staying prepared. Staying positive, bringing a smile to the locker room and trying to be a leader for this team.”

That good standing with his teammates ensures nobody at Ohio State will fault Jones for trying to find a place where he can play more before his college career comes to an end. Requesting that his name be added to the NCAA transfer database is just the first step in that process — but it’s not the last one, and it may not even be the end of his time at Ohio State.

Continue Reading
You may also like...
Related Topics:Keandre Jones