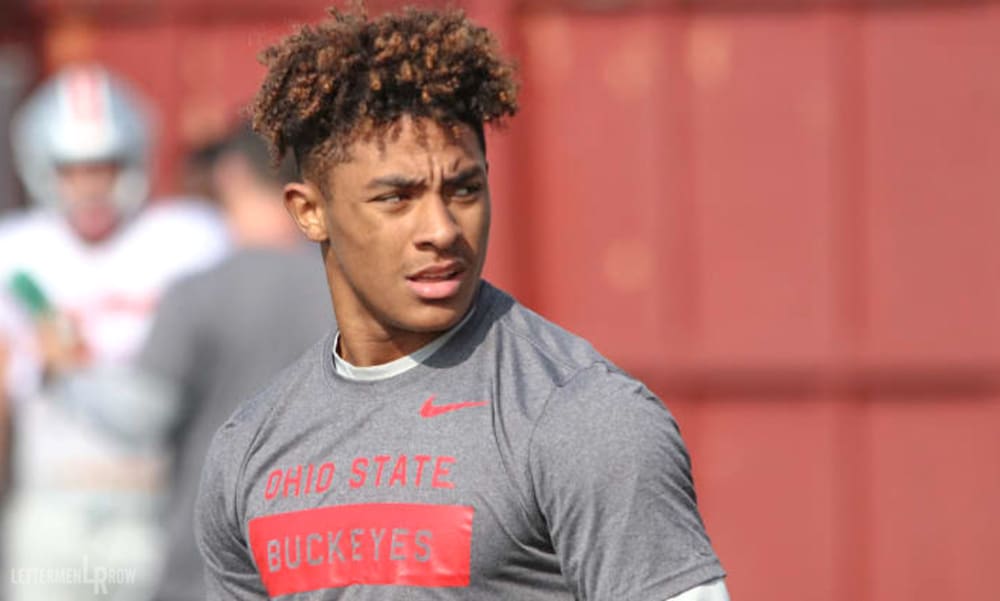 Kamryn Babb was one of the country's top receiver prospects in the Class of 2018. (Birm/Lettermen Row)

Just weeks after arriving on campus last June, the highly-touted freshman Kamryn Babb tore his ACL in a non-contact workout and missed the entire 2018 season for the Buckeyes. Now, in another non-contact incident, Babb has once again suffered a knee injury that will put his second year with the program in jeopardy, Ohio State confirmed to Lettermen Row on Monday.

It’s the third straight year that Babb has torn one of his ACLs, postponing the debut of the country’s 13th-ranked receiver in the 2018 recruiting class when he arrived from Christian Brothers College (St. Louis). Overall, this is his fourth season-ending leg injury since his sophomore year of high school.

Babb had been encouraged with his rehab heading into winter conditioning and was feeling optimistic about his future with the Buckeyes after making progress leading up to the Big Ten championship game.

“Watching the older guys through camp just throughout the whole season with practice, seeing how they look at the game, how they practice,” Babb said in December. “I wouldn’t want it any other way with me being hurt.

“I think I’m really close [to being cleared]. We’re not rushing anything, just wanting to make sure before I step on the field again that the mechanics and everything are good to go to make sure when my number is called I’m ready to play.” 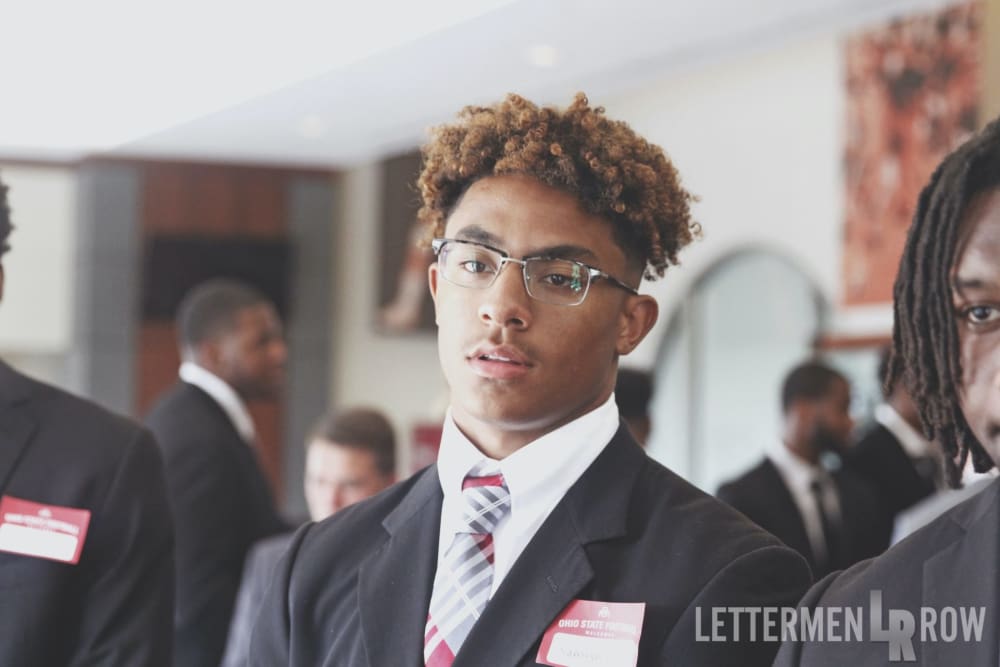 Kamryn Babb was one of the Buckeyes highest-ranked 2018 signees. (Birm/Lettermen Row)

Babb gave credit to Brian Hartline for being there to support him during his freshman season, and now he’ll need to turn once more to his peers and coaches to get through another challenging rehabilitation process with the hope of being able to return to form down the road.

“He’s the best receivers coach in the country,” Babb said. “He’s more than a coach. With me being hurt, and him being there for me this year, it’s helped me tremendously. … He’s doing whatever he can do for us.”

The 6-foot-1, 190-pound Babb was hoping to work himself into a deep rotation of receivers in 2019 for Ohio State, but he was not expected to be a major contributor this season with K.J. Hill, Austin Mack, Binjimen Victor, C.J. Saunders and Chris Olave all returning to Ohio State.

The Buckeyes have remained very optimistic about his future, but it’s once again on hold for Kamryn Babb.

Continue Reading
You may also like...
Related Topics:Featured, Kamryn Babb