COLUMBUS — The throw from Justin Fields was instantly unforgettable for Ohio State.

But what was the best part?

The swings of emotion certainly will add to the mystique for the Buckeyes, since seven snaps separated them from seemingly feeling like the national-title push was hanging in the balance to believing a superhero was at quarterback.

There was the surprise of Fields coming out of the medical tent with a helmet on and doing some trial drop-backs next to Ryan Day. The fact that some Buckeyes didn’t even know Fields had returned to the lineup. Day actually having the confidence in his injured quarterback to call a pass on his first play back on the field. The ad-libbed route, the rollout to the left, the pinpoint throw 30-yards downfield — and then the toe-tapping catch by Garrett Wilson.

True Heisman Trophy Moments should be clear as soon as they happen. There’s no doubt that Fields delivered his magical one in the win over Michigan on Saturday, although he still has a chance to add to it on Saturday night in the Big Ten title game against Wisconsin.

“Yeah, I was kind of numb at that point [with Fields on the ground], I think,” Day said. “Just trying to figure out what we were going to do if he wasn’t able to play for the rest of the game, trying to come up with solutions to the issue. Then went up to him and kind of asked him what he thought. He looked up and said: ‘Just put a brace on it, I’ll be fine.’ 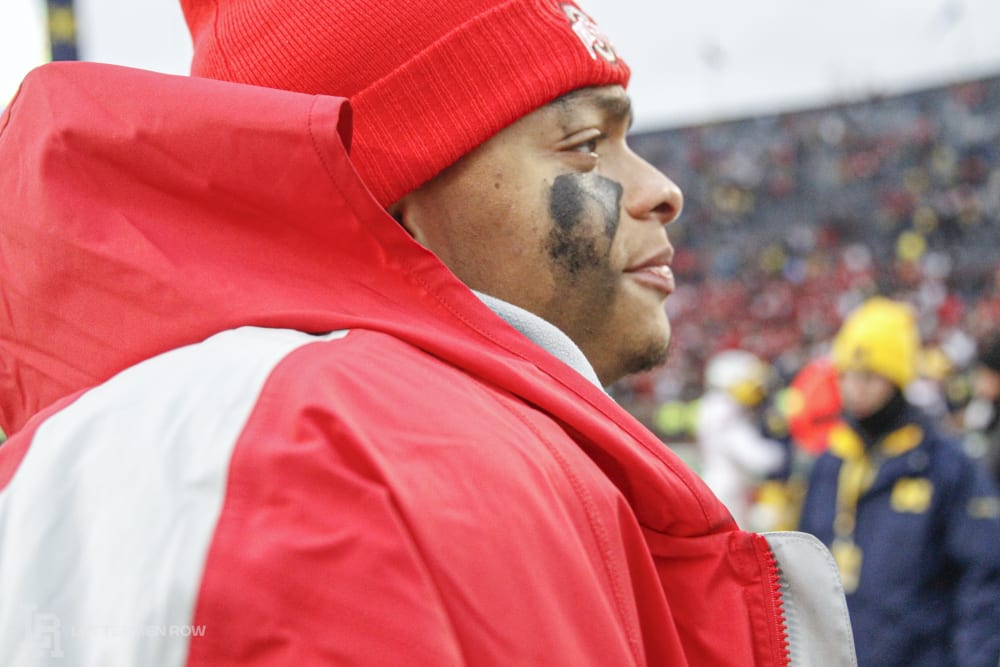 “Blew me away. Looking at the shot he took, how tough he was. To come back and make a play like that, one of the coolest things I’ve been a part of.”

Fields now has a pretty lengthy list of impressive plays leading the Buckeyes, and he’ll head into the rematch with the Badgers having already accounted for 47 touchdowns in his first season as a starting quarterback. Talent was never a question for the Georgia transfer when he arrived in January, but he still spent the entire offseason as something of an unknown, unproven commodity with his toughness, passing ability and knowledge of the offense all up for debate.

He’s emphatically erased any doubts there may have been at this point. And now his postseason journey begins with the Buckeyes — probably with a stop in New York squeezed in next week.

What made that throw for Justin Fields against Michigan so special? How will his knee impact him in the Big Ten title game on Saturday against Wisconsin? Is there a realistic shot that Fields could actually win the Heisman Trophy for Ohio State? Former Heisman winner and Buckeyes quarterback Troy Smith was back in the Lettermen Row film lab breaking it all down in the latest episode of BuckIQ.