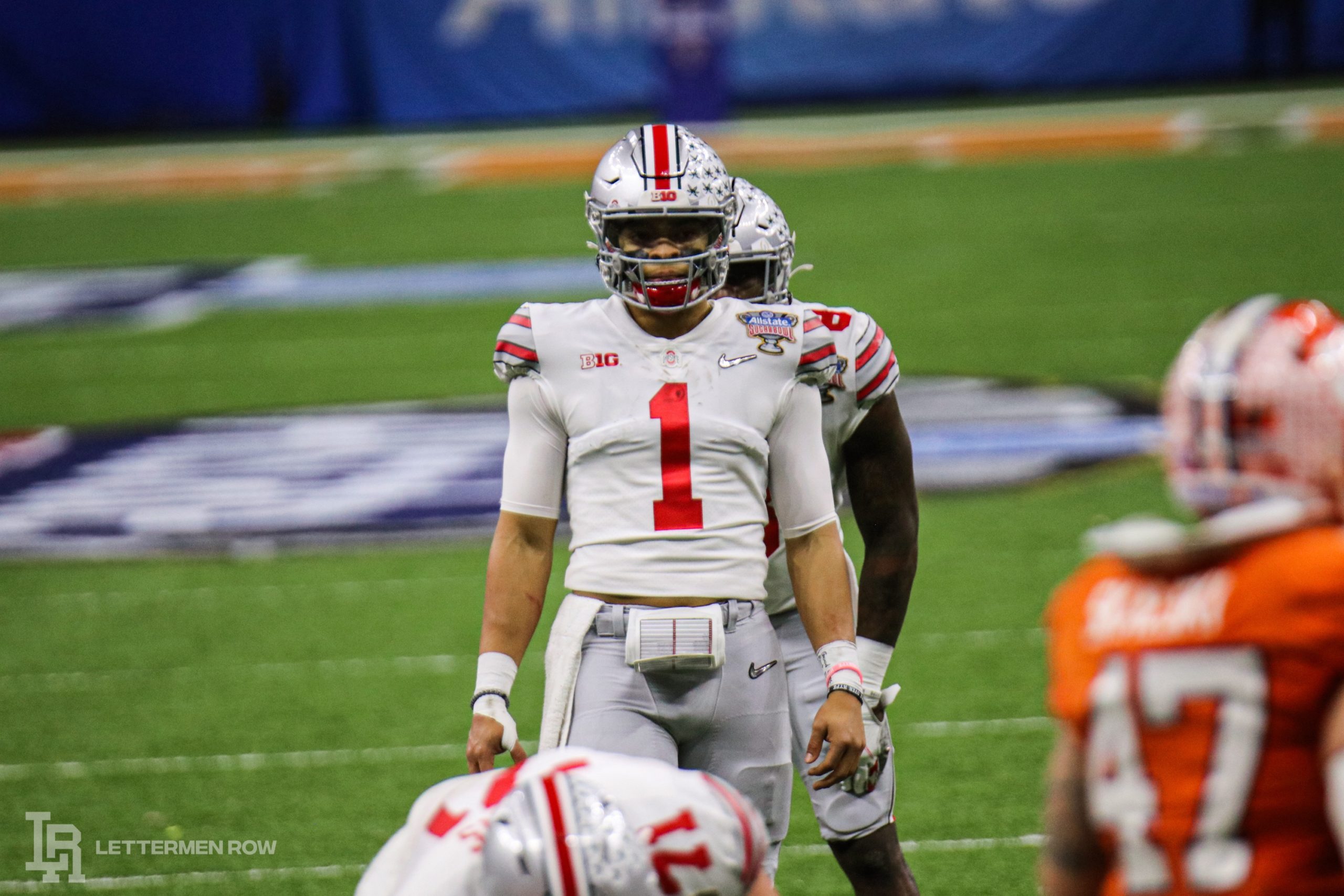 COLUMBUS — Justin Fields is going to need to find more room in his trophy case, if he has any.

Fields was named the Chicago Tribune Silver Football Award winner on Wednesday morning, becoming the third-straight Ohio State star to win the award given to the best player in the Big Ten at the end of every season since 1924. The Big Ten coaches and voters left no doubt that Fields is the most special player on the league’s unquestioned best team.

Fields joins 21 other Buckeyes standouts who have won the award all-time. An Ohio State player has won the award in seven of the last nine seasons. Fields is the fourth-straight starting quarterback for the Buckeyes to win the award.

But this award feels different than past winners. Fields didn’t just get to play football at a high level this fall. He had to lead a fight just for the right to do so. He protested and petitioned for a season. He fought for the players around the league. And then he went out and dominated everyone he fought so hard for.

After two forgettable performances in Big Ten play against Indiana and Northwestern, Fields certainly proved he’s worthy of the Silver Football Award with his gutsy performance against Clemson in the Sugar Bowl after getting hurt in the second quarter, staying in the game and throwing for 385 yards and six touchdown passes. 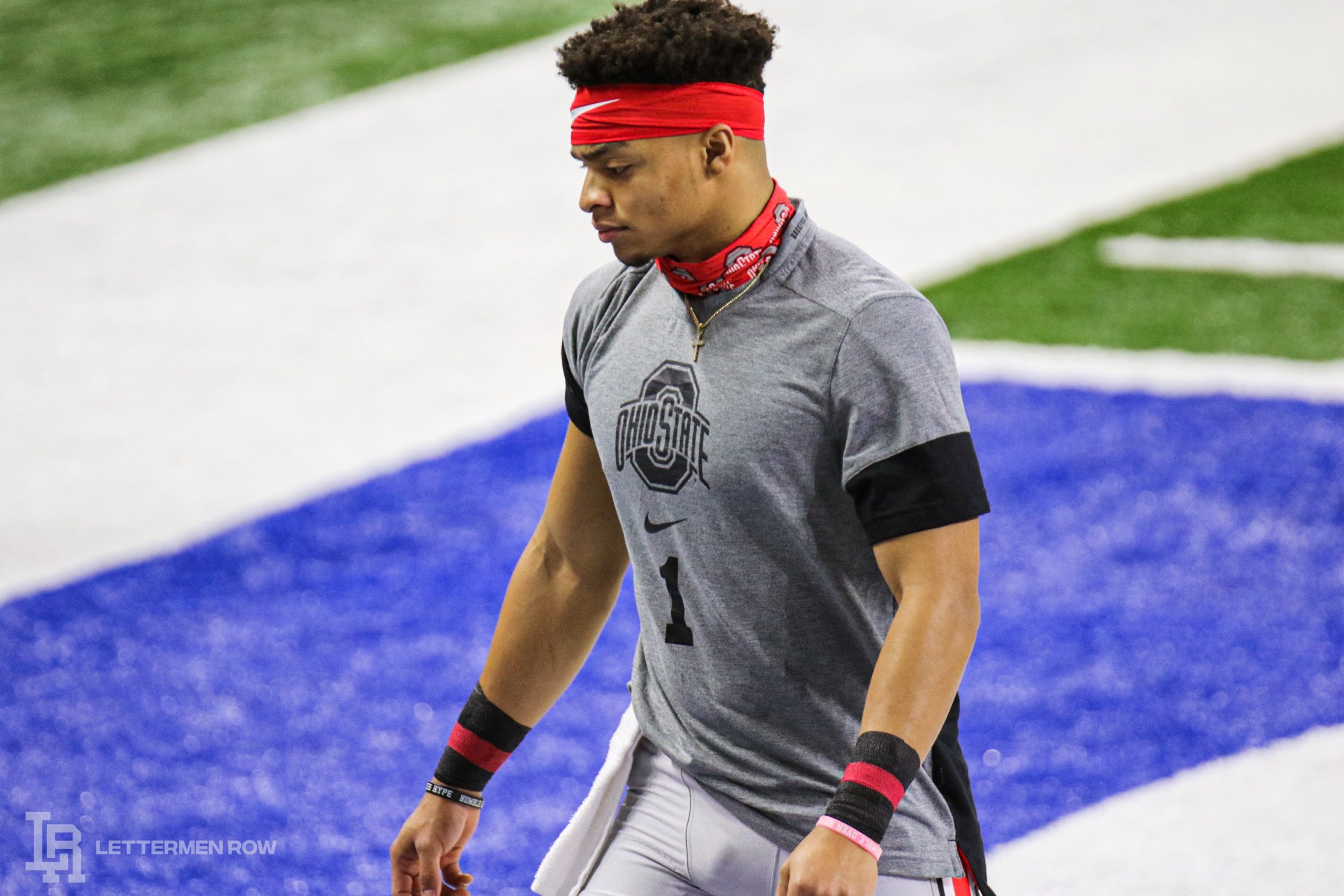 Justin Fields has been a special leader for Ohio State all season. (Birm/Lettermen Row)

“The conversation we had was: ‘You go out and play good in this game and you win this game, nobody is going to remember the Big Ten championship game,’” Buckeyes coach Ryan Day said after the Sugar Bowl win. “They’ll remember this one. And they’ll remember it for a long time in the history of Ohio State football. And what does he do? He goes out and he throws six touchdown passes. He takes a really tough hit. He just looked at me, and I said: ‘How are you doing? Are you going to be able to make it?’ He said: ‘I don’t have a choice; I have to.’

“At that point, we had to figure out what he could and couldn’t do for a while. We kind of figured that part of it out. He couldn’t do everything, but what a gutsy performance, what a tough and special young man Justin Fields is.”

Everything Fields has done this season has proven what makes him so special for the Buckeyes, for the Big Ten and for college football.

Clearly the powers around the Big Ten and the voters agreed that Fields fits the bill as the league’s top performer. He has another piece of hardware to add to his growing collection.

With the Silver Football Award in his trophy case, Justin Fields has been crowned the best player in the Big Ten. And now, he’ll go for the crown of college football Monday night in South Florida.