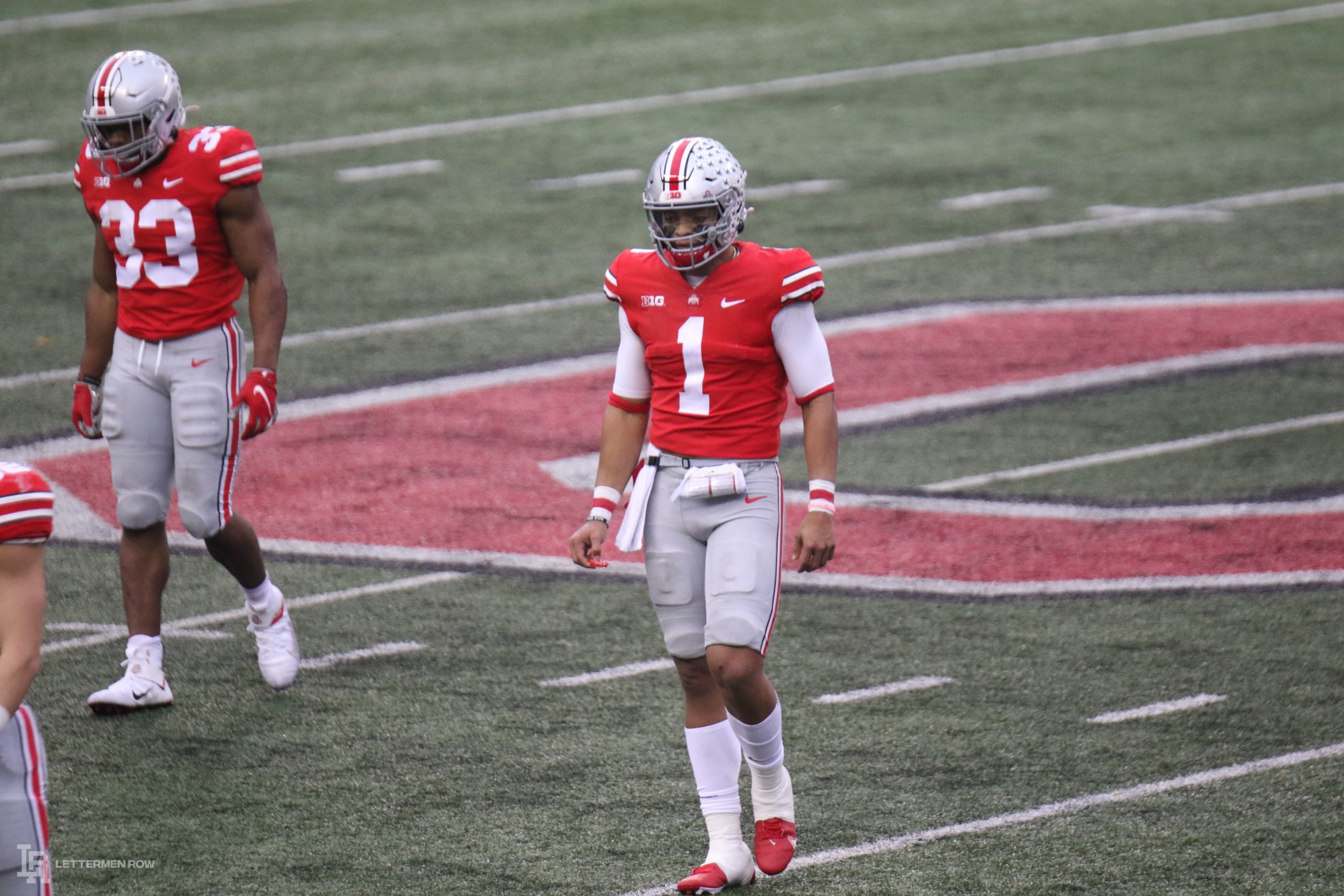 Sometimes it’s easy to forget, what with the Superman dives into the end zone, the laser accuracy with the football and his ballistic arm strength.

But Fields isn’t perfect, and even superstars are entitled to an off game — which the junior quarterback obviously had last week with a three-interception outing in the win over Indiana. Of course, he also offset that with three touchdowns while powering an offense that rolled to more than 600 yards, which is also a reminder of sorts that he’s graded on a completely different scale than most mortal passers.

“I didn’t play well at all,” Fields said. “I have to improve. I have to get better. That’s all I really have to say.

“Of course I made bad decisions — I ended up with three picks. At the end of the day, we got the [win] and that’s all that matters. I’m just glad we’re 4-0, and I’m going to watch film and continue to get better.” 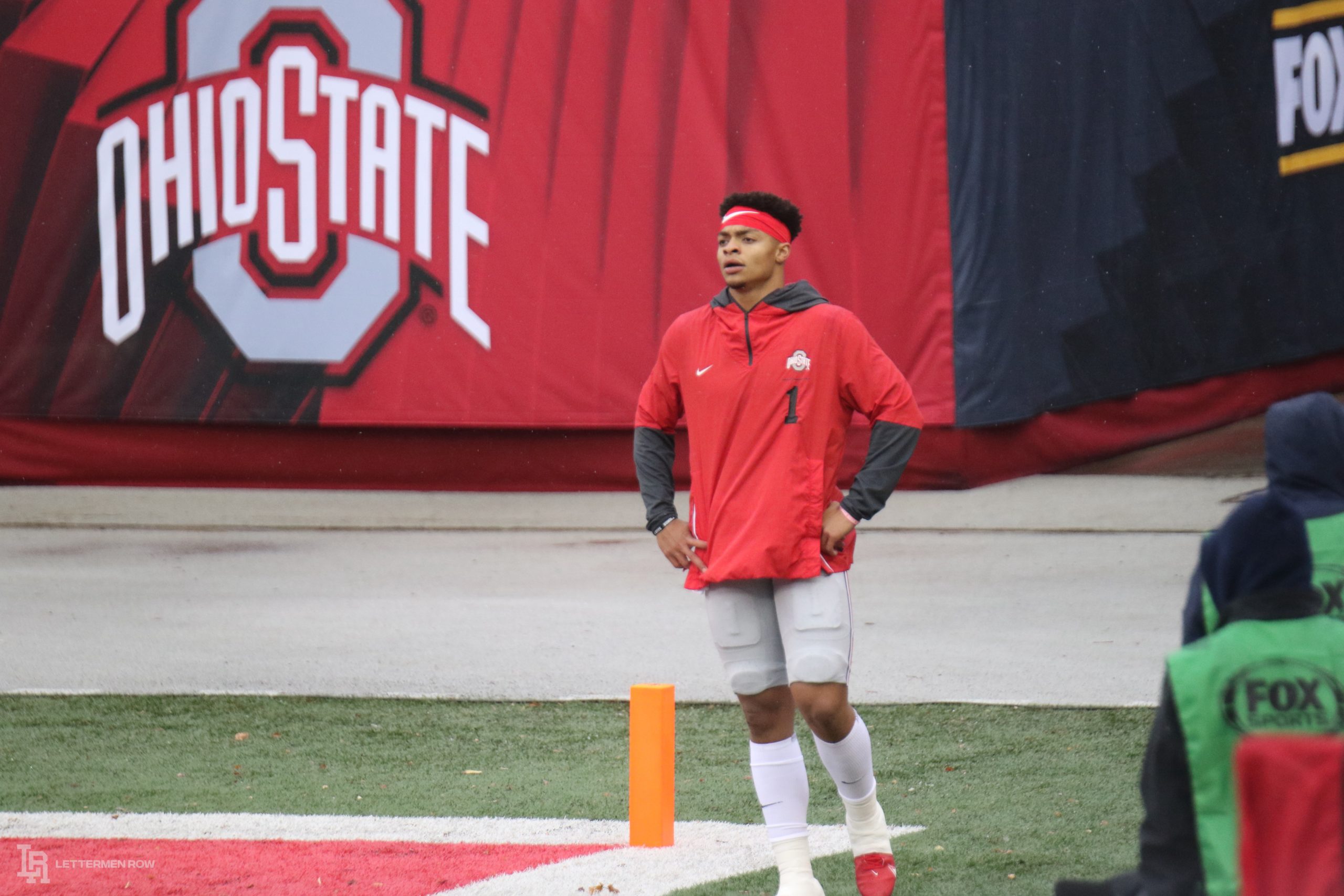 That film study didn’t reveal anything Fields clearly didn’t know as soon as the game was over, since he was already breaking down all three interceptions in detail as he stood at the postgame podium.

But it did give Fields and the coaching staff something new to discuss instead of his usual brilliance, since there weren’t even many incompletions to analyze after his red-hot start over the first three games this season. It’s no secret that Ohio State can’t afford those types of mistakes against elite competition in the postseason, but there’s also not any concern at the Woody Hayes Athletic Center about it happening again since his body of work suggests the turnovers are an aberration.

“I mean, he is his worst critic — he’s really hard on himself,” Ohio State coach Ryan Day said. “That’s what makes him great. He’s very, very competitive, and we just talked about in some of those situations not forcing the action, not trying to do too much with it. In a game like that, we knew there were going to be big plays, we also knew they were going to get home on some things. You can’t make bad plays worse, and that did happen a little bit in the game.

“He knows it. Certainly we could have done a better job in protection, certainly could have put him into some better spots coaching-wise, then he also could have made some better decisions throwing the ball away and ditching it. That’s hard. He’s so competitive, and he also made a bunch of plays with his feet. So, it’s hard for him to let go sometimes, but that’s part of playing quarterback. I know that he’s looking to get better in that area.”

Even at his best, Justin Fields has always evaluated himself critically and has never seemed particularly at risk of suffering from complacency. But other than his knee injury last season, though, there seemingly hasn’t been a ton of adversity or growing pains for him to demonstrate growth.

If nothing else, Fields has dealt with a new kind of on-field setback. And now he gets to show how he can bounce back.

“He’s going to be the same,” Ohio State wide receiver Chris Olave said. “Just had a couple mistakes on a couple plays, but he’s going to bounce back better than ever. Hope you guys believe that, too.”

The proof will be on display at Illinois. It won’t be a surprise if Justin Fields is again putting on a superhuman show.