COLUMBUS — Ohio State had no shortage of options when picking a favorite play from the electrifying debut of Justin Fields.

Even if coach Ryan Day had only been choosing among touchdowns, the Buckeyes quarterback still delivered five of them in the season opener against Florida Atlantic.

But even with that jaw-dropping first quarter, the record-tying performance for a first-time starter and a handful of other impressive glimpses at the athleticism Fields brings to the program, Day instead went with something simpler.

“To me, that was my favorite play of the day because he’s understanding what it means. It’s very hard for somebody who hasn’t played a lot of football to understand that that play right there is just as important as the play you make. Because if you try to throw in the ball in the traffic and turn the ball over, it’s a disaster.” 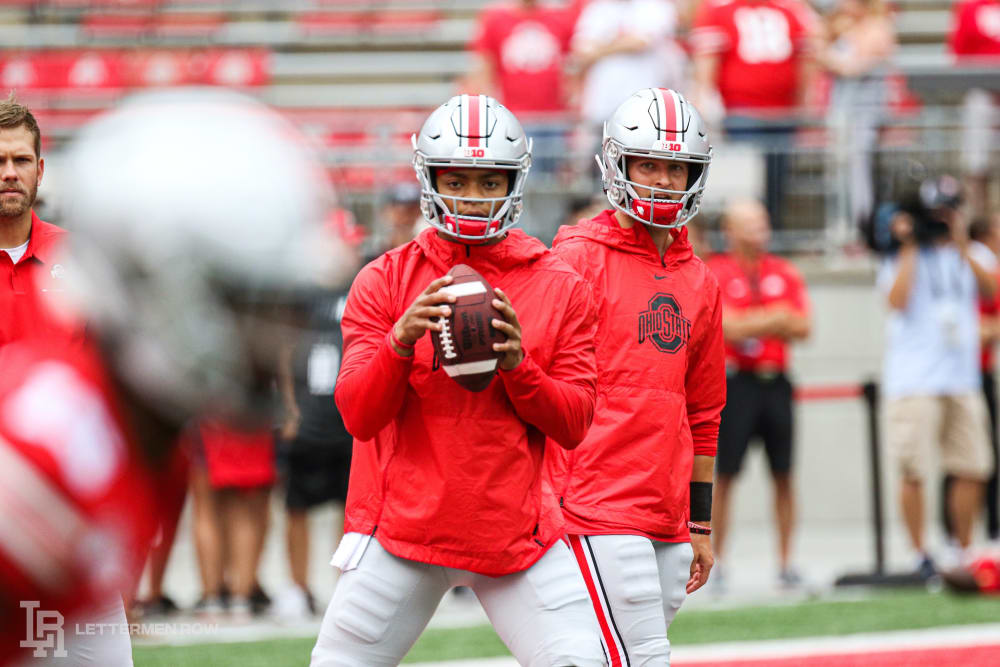 Ohio State quarterback Justin Fields made the most of his first outing with the Buckeyes. (Birm/Lettermen Row)

The Buckeyes didn’t have to worry about many of those with Fields, even if there was one turnover on an errant lateral and perhaps a couple sacks he took that were unnecessary. Still, it’s hard for Ohio State to find much reason to complain about a performance like that from a quarterback making his first start for the program with just 15 spring practices and one training camp under his belt.

And it certainly offered a glimpse at what could be an extremely promising partnership between Fields and Buckeyes, with the program again bracing for its record books to be under assault thanks to the potential at the most important position on the field.

What made Justin Fields so successful in his first game with Ohio State? Where are there areas the sophomore can still improve moving forward? Just how many more touchdowns could be on the way for the Buckeyes with the dual-threat weapon leading the attack? Former Kentucky standout, Ohio State quarterback coaching intern and current Ohio Dominican offensive coordinator Mike Hartline was in the Lettermen Row film lab to break down the debut for Fields in the latest episode of BuckIQ.