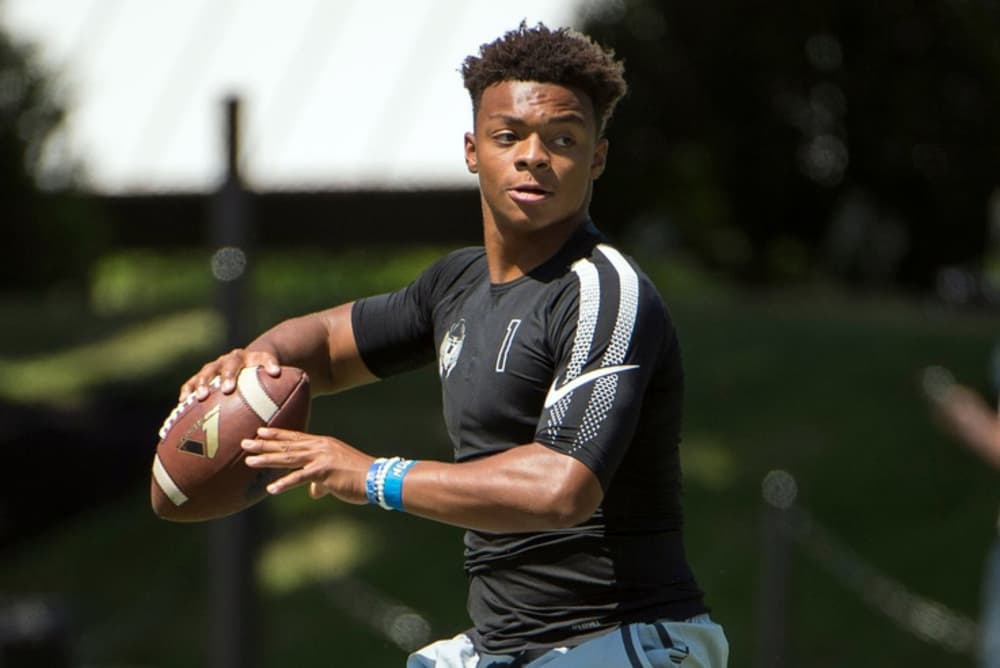 Justin Fields will be pursued by Ohio State on the transfer market. (Troy Wayrynen/USA TODAY Sports)

The speculation, debate and conversations about Ohio State never end, and Lettermen Row is always ready to dive into the discussions. All week long, senior writer Austin Ward will field topics on Urban Meyer and the Buckeyes submitted by readers and break down anything that’s on the minds of the Best Damn Fans in the Land. Have a question that needs to be tackled, like the one today about Justin Fields? Send it in right here — and check back daily for the answers.

Would it be good for the Buckeyes to pursue him? What about Tate Martell? Do you think he'll stay if this happens?

There is absolutely no question that when a talent like Justin Fields becomes available at the most important position on the field that Ohio State will be interested. And it’s a sign of the strength of the program, the respect for new coach Ryan Day and the impact of the improved passing attack that the Buckeyes were instantly reported to be on top of the wishlist for Fields.

For a number of reasons, Fields and Ohio State look like they could be perfect for each other. There is nothing that would slow down Day’s pursuit of a quarterback with the kind of passing ability and athleticism as Fields — and that obviously includes Tate Martell.

There is no guarantee that Fields would be immediately eligible for the Buckeyes if he elects to transfer from Georgia. But his appeal to the NCAA would appear to have some grounds for approval based on a couple recent cases , and that could be a huge boost for the Buckeyes with Dwayne Haskins all but certain to head to the NFL Draft after the Rose Bowl. In fact, it’s a shared trainer with Haskins that helped provide part of the natural ties for a potential marriage between Ohio State and Fields.

Martell, as always, is a wildcard in this scenario. But that is probably going to be the case whether the Buckeyes are able to land a former five-star recruit on the transfer market or not. Ohio State is going to have a legitimate competition on its hands one way or another thanks to the rise of Matthew Baldwin coming off his redshirt season of development. And like Fields, he’s a more polished passer than a dual-threat weapon like Martell. As the Buckeyes continuously evolve their attack, they could go back to featuring more of a runner at that critical position — but the results through the air speak last season with Haskins speak volumes. 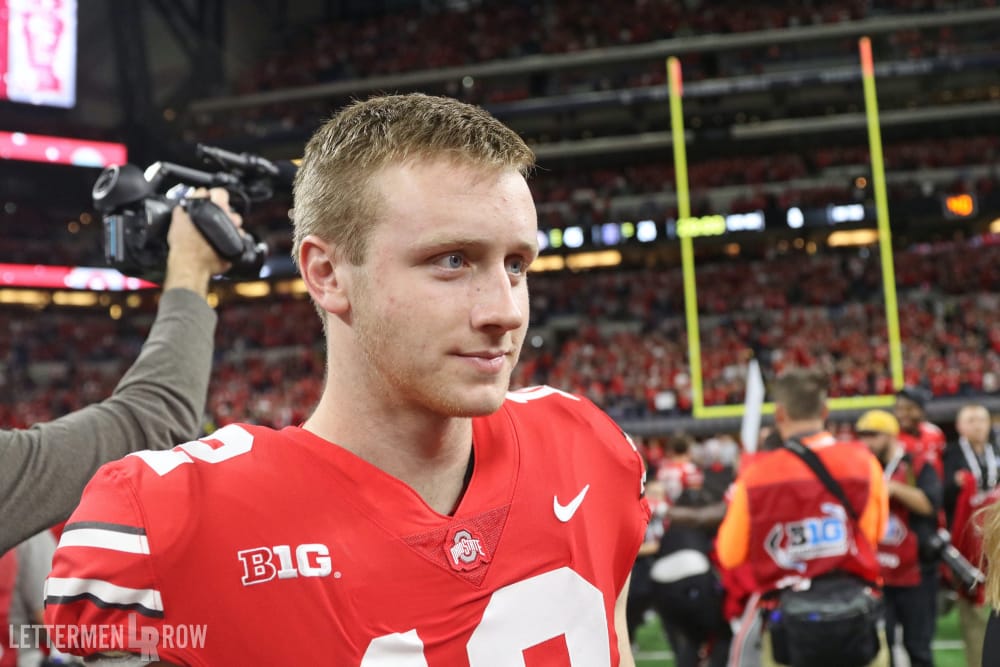 The whispers about Martell’s future and maturity almost never stop. At this point as Ohio State builds the depth chart for the next couple seasons, it shouldn’t do so worrying about how a spring position battle or a pursuit of Fields impacts the redshirt freshman.

Baldwin might actually be more significantly impacted by the arrival of Fields anyway, but that situation could potentially work in his favor as well. The Texas native has had to patiently wait for his turn in the past at the quarterback factory down in Lake Travis. And while eventually that can get old, it’s a safe bet he would accept a backup role, continue working to build his skills and learn the offense while still potentially being in line for two seasons in the starting job. That might just qualify as an ideal situation for Ohio State and Day as he begins his run leading the program.

Will that all play out? It’s early, since Fields only just had his name entered into the transfer portal so that coaches could start recruiting him again on Tuesday. Oklahoma is probably the other top contender for Ohio State to worry about in this heated race, and both programs have a lot working for them when it comes to quarterbacks and high-scoring offenses.

But the Buckeyes are definitely going to be heavily involved. And landing Justin Fields would be an enormous win for Day and his program as he takes charge.