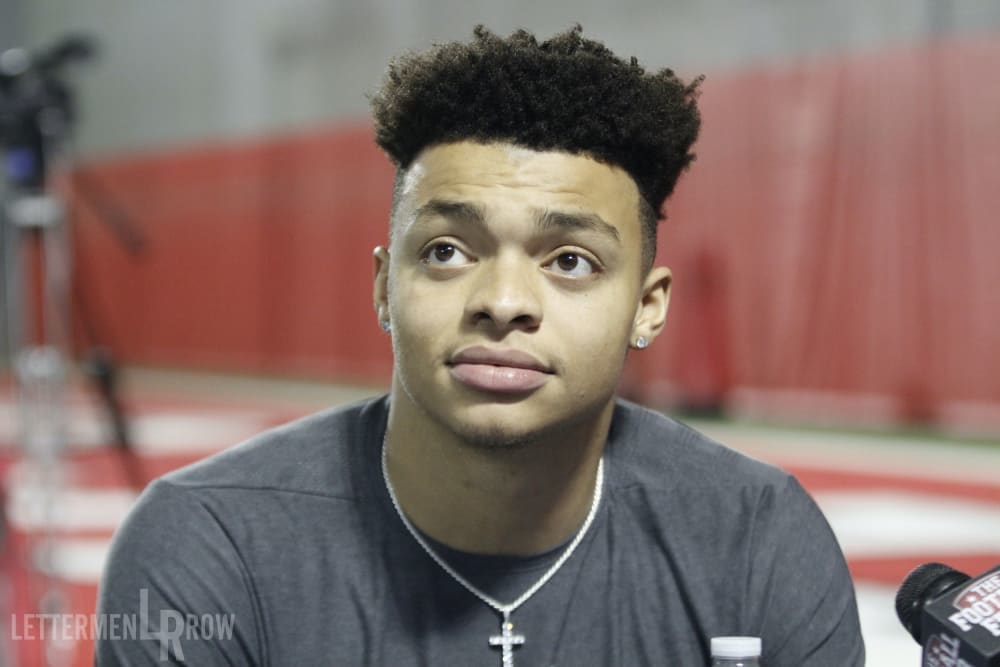 The speculation, debate and conversations about Ohio State never end, and Lettermen Row is always ready to dive into the discussions. All week long, senior writer Austin Ward will field topics on Ryan Day and the Buckeyes submitted by readers and break down anything that’s on the minds of the Best Damn Fans in the Land. Have a question that needs to be tackled, like the one today about Justin Fields? Send it in right here — and check back daily for the answers.

How is Justin Fields meshing with his teammates and how is he developing into the leader this team needs at QB?

Multiple insiders have talked about how hard the transfer quarterback works, he’s received glowing reviews as a great kid from a couple teammates and there is truly no question about his athleticism. There was also a huge sigh of relief for Ohio State when his waiver for eligibility this season was approved considering how thin the depth chart is at the position behind Fields and Matthew Baldwin.

But it’s what Fields does in practice that is really going to determine how smoothly he transitions for the Buckeyes. And it’s worth remembering that Ohio State has plenty of confidence in Baldwin as well thanks to his arm strength, year of experience learning the offense and now a completely clean bill of health. Fields is the odds-on favorite to win the job as the most touted recruit the program has ever had, but the first thing he has to do is actually go out and compete against Baldwin.

“We felt like [Fields] was a great fit, so he’s done a nice job so far,” Day said last month. “Not trying to do too much early, trying to gain some respect of the guys around him. Then he’s going to get into a competition this spring, see how it goes.

“Matthew is coming off his knee injury, now is going to be his opportunity to go after it, too.” 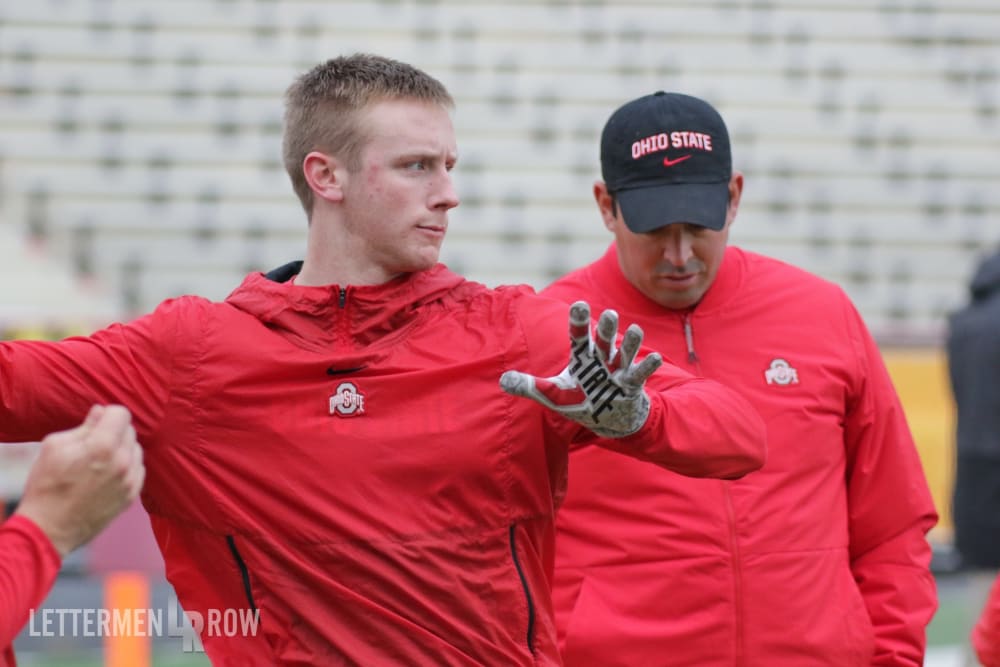 Ohio State quarterback Matthew Baldwin can push for the starting job for the Buckeyes. (Birm/Lettermen Row)

If Fields does wind up pulling ahead this spring, shows command of the playbook and then has a summer and training camp to establish his presence in the locker room, the opportunities to lead will follow. But all of that takes time, as even Dwayne Haskins would be quick to attest. Even throughout his record-breaking season a year ago, Haskins was still learning and getting more comfortable in the system every week — and it also took him almost two months of starts before he seemed to find his voice running the show for the Buckeyes. It’s not reasonable to expect that Fields will slide right into the top spot when camp opens on Wednesday and be fully prepared for all of those responsibilities.

How long will that process take? There’s really no way to know until Fields gets a helmet on in the Woody Hayes Athletic Center and starts to show what he can do. These 15 workouts in March and April are going to be invaluable for him to help get through the learning curve, but it’s more than possible that Ohio State will go into summer workouts and training camp with the competition ongoing.

Of course, either Justin Fields or Matthew Baldwin could leave an undeniable impression and leave no reason to carry the position battle into August. But nothing can be guaranteed before the first workout, so the work at quarterback for the Buckeyes officially starts now.