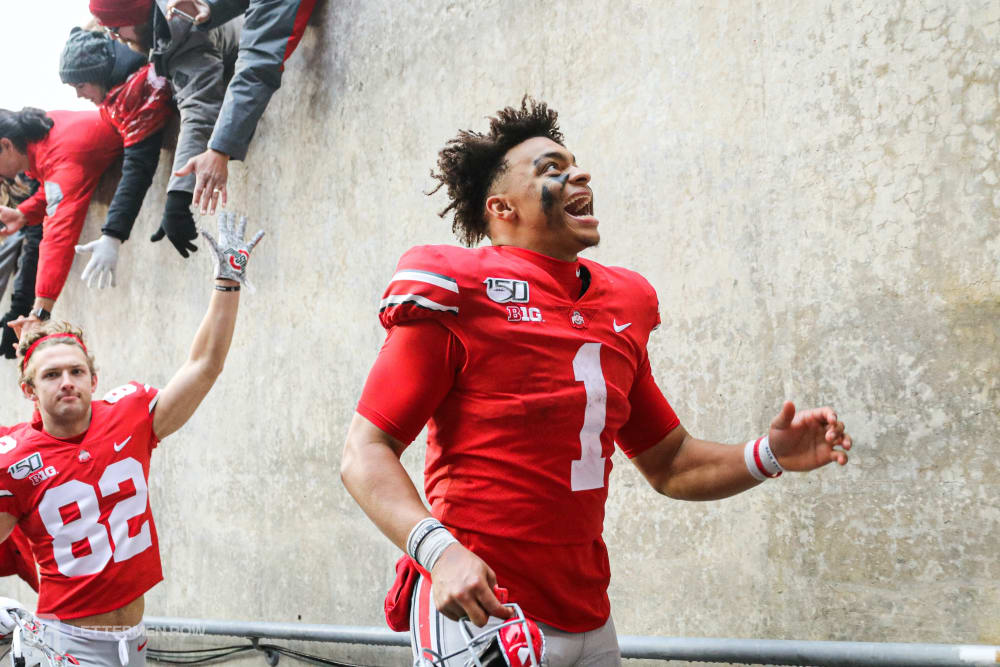 COLUMBUS — The secret is out about Ohio State quarterback Justin Fields.

People watching the 28-17, Big Ten East Division-clinching win for the No. 2 Buckeyes over No.8 Penn State found out what the sophomore transfer quarterback’s teammates claim to have known for a while.

With the season on the brink and a third straight berth in the league title game on the line, Fields was willing to tuck it and run.

“He didn’t prove anything to me, because I knew he was a tough guy,” running back J.K. Dobbins said.

That’s coming from Dobbins who himself moved to third on the school’s career rushing yards list, passing 1995 Heisman Trophy winner Eddie George and trailing only two-time Heisman winner Archie Griffin and Ezekiel Elliott. But Dobbins toting it 36 time, one short of his career-high, for 157 yards wasn’t as eye-opening as Fields having a season-high 21 carries for 68 yards. His previous high had been 13 carries in the win over Wisconsin. 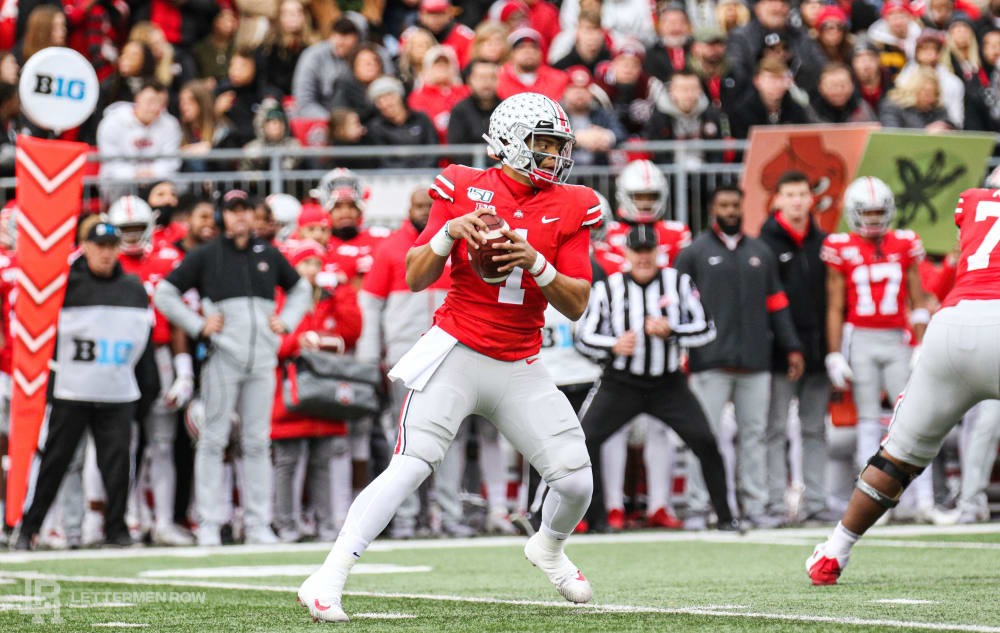 Notice there were some hit and misses along the way against Penn State, though. And on several of the misses, Fields took some big hits. But the main thing he did was prove to outsiders he’s willing to take it for the team, regardless.

“I expect that out of him,” Dobbins said. “And he’s going to keep getting better.

Fields had a couple of major mishaps along the way, losing a fumble about six inches away from a touchdown in the first quarter, losing another one that set up a score in the frenzied near-rally by Penn State in the third. And he dropped the ball then landed on it during a hard tackle late in the fourth that provoked golf-tournament, major-putt silence from the crowd before he eventually rose and walked off to an ovation of relief.

After all, The Game with Michigan, renewal No. 116 of the greatest rivalry in college football, is on tap Saturday in Ann Arbor. The Buckeyes are on a seven-game win streak in the series, having won 16 of the previous 18. The health of the quarterback is of major concern, and insiders told Lettermen Row on Sunday that Fields, though bruised, is otherwise good to go.

This is the whatever-it-takes portion of the season, and in a game in which stats seemed to beg Ohio State to throw the ball 40 times or more against a Penn State defense that had looked vulnerable to the pass, first-year coach Ryan Day opted primarily to put it in the hands of Dobbins and Fields behind the offensive line. And he rammed it right at the No. 4 defense in the nation against the rush.

It was the kind of workload Dobbins had conditioned himself for through an offseason in which he vowed to be more effective than he’d been a year ago. But for Fields, the former five-star prospect who transferred from Georgia in January, it was the first time Day and staff leaned more on his 6-foot-3, 225-pound frame with 4.38-secord 40-yard speed to deliver the goods than on his passing arm. That’s even though he still was 16 of 22 passing for 188 yards and two touchdowns.

His teammates knew he was capable, but it was still the matter of walking the walk. 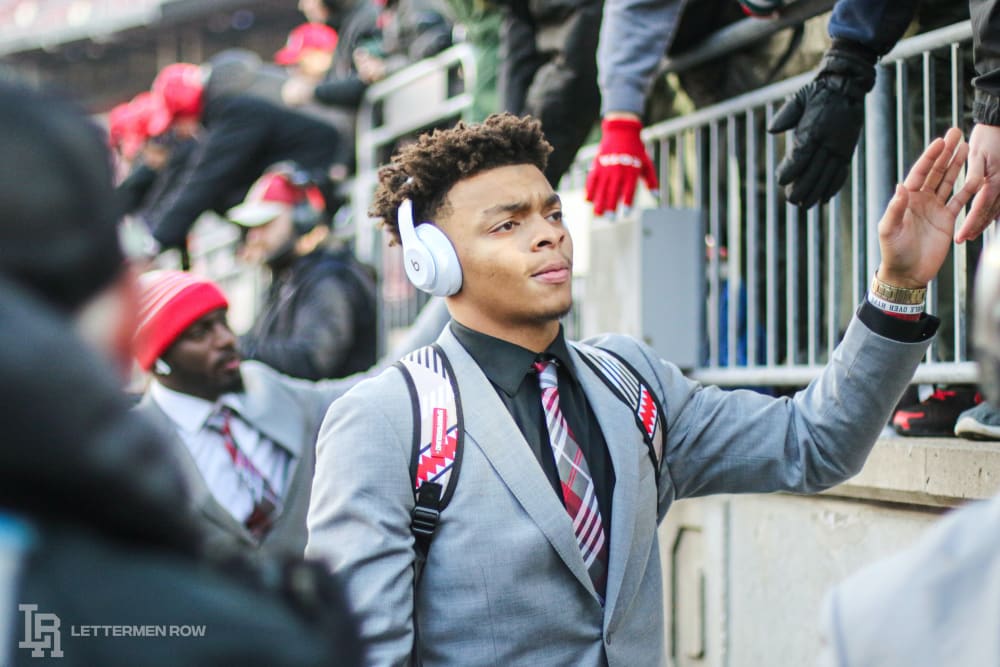 “It’s not that I didn’t know it, but it’s just that level – you get a whole new level of respect for somebody who goes out and does that,” right tackle Branden Bowen said. “Some of those hits he was taking, I was cringing because I was thinking: ‘You can’t be doing that.’

“But he was willing to do whatever it takes to win. It showed at the end he was tough. He took a shot, I guess a weird type of injury, I don’t know what it was, but for him to get up and run off the field, it just shows toughness.”

Center Josh Myers agreed. On a crucial fourth-and-five play in the second quarter, Day opted to have the Buckeyes spread the field and run Fields on a quarterback draw up the middle. Myers helped pave the way, Fields dodging right of Myers’ block on the middle linebacker and rambling 22 yards to the Penn State 4-yard line, setting up the touchdown that pushed the Buckeyes to a 14-0 lead.

It was like that off and on during a whatever-it-takes game for Fields.

“He’s just so tough, he’s so poised,” Myers said. “The way he was in that game is the same as he was last week at Rutgers. There was no difference.

“That’s what you want out of a quarterback, and that’s what he’s giving us. And I can’t say enough about how good of a job he is doing.”