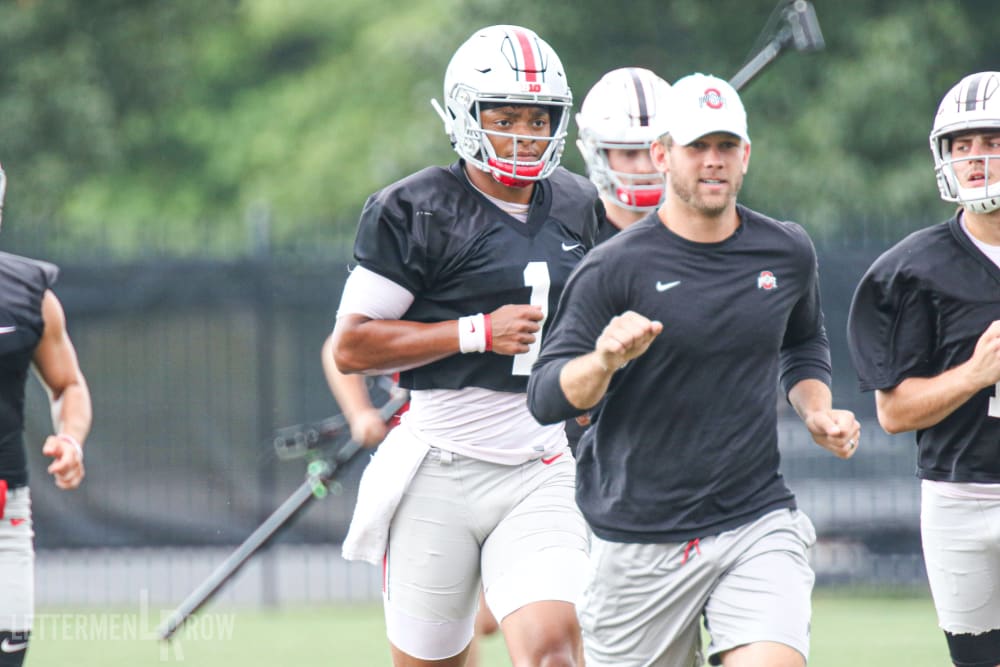 The speculation, debate and conversations about Ohio State never end, and Lettermen Row is always ready to dive into the discussions. All week long, senior writer Austin Ward will field topics about the Buckeyes submitted by readers and break down anything that’s on the minds of the Best Damn Fans in the Land. Have a question that needs to be tackled, like the one today about the Ohio State and how it intends to use Justin Fields early in the season? Send it in right here — and check back daily for the answers.

How does Ohio State balance getting Fields the reps he needs, while also knowing they need to develope a backup too in these early games?

Anything can happen on any given play, so Ohio State has to let Justin Fields be himself when he’s on the football field.

But the Buckeyes can control how long he’s out there. And that risk-reward proposition could be one of the most important decisions Ryan Day makes early in the season when he’s likely to have his ultra-talented program in control of games and with a chance to protect his starting quarterback.

The dilemma, of course, is that Fields has never started a game, he’s only been on campus since January and he’s a true sophomore who could use as many reps as possible to get comfortable in the offense. If there was a more secure safety net underneath him, the decision would surely be easier for the Buckeyes — but that’s just not the case with two more inexperienced guys in Gunnar Hoak and Chris Chugunov below him on the depth chart and what appears to be a noticeable drop-off after Fields.

Day isn’t taking anything for granted heading into the opener against Florida Atlantic, so he’s going in with the mindset that Fields needs to be prepared to go the distance leading the attack. Deep down, though, he’ll need to have to a plan for the number of snaps he wants to see and the potential scoring margin where it’s no longer worth exposing the most important player on the field to injury just to get him experience. 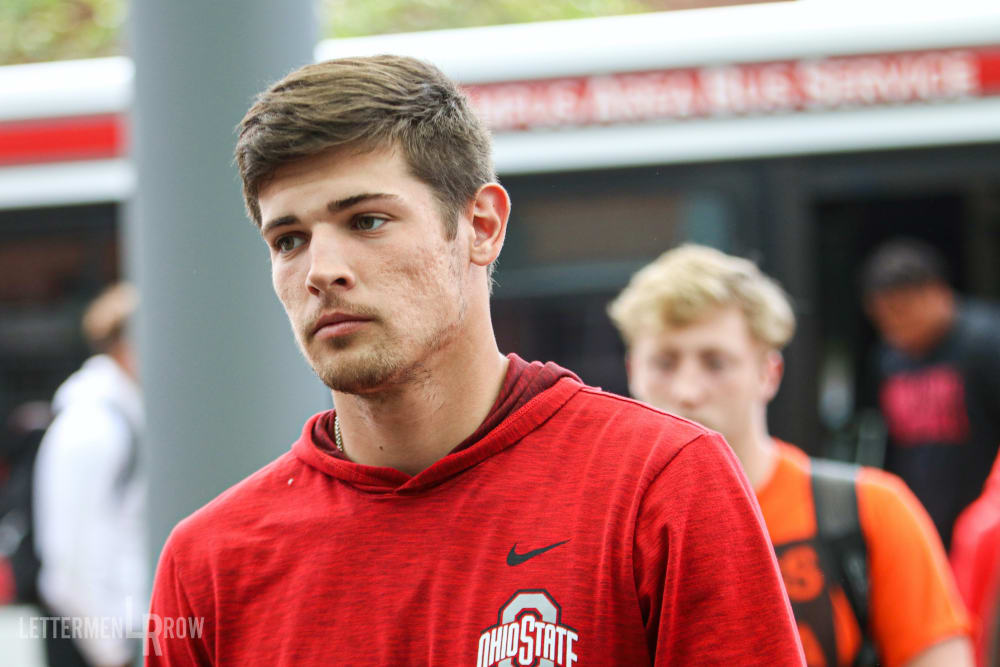 “That being said, he’s got to go play the game. We can’t be walking on eggshells. We can’t go into a game worrying about people getting hurt. Our guys have to do a good job protection wise. I think the schemes we imply each week are taking that into consideration, though. We’re not going to put somebody out there and put them in harm’s way when we don’t need to. But at the same time we’ve got to go win games. That means whatever it takes. So, as the game changes and whatever happens within the game, we try to make the best decision moving forward because it’s a long season.”

Over the long haul, odds are the biggest benefit for Ohio State would be getting Hoak and Chugunov better prepared just in case something were to happen with Fields. Hoak, in particular, spent training camp dealing with the growing pains that come with learning a new system — but he’s the passer with what appears to be the greater upside as the backup option behind Fields. The sooner Hoak gets settled, the better the Buckeyes will feel when it comes to turning Fields loose with all the dual-threat work he needs to do to play his best.

That doesn’t mean Ohio State will necessarily be pulling the reins back on Fields when he’s in the game, although Day has acknowledged that his play-calling needs to be “calculated” to avoid adding exposure to hits in the quarterback-run game. But that still wouldn’t guarantee anything when it comes to avoiding injury, and throttling Fields back may even carry more risk since it might keep him from being being himself and playing naturally.

All of this has to be weighed by the Buckeyes heading into the opener, whether they want to talk about the possibility of a blowout or not. The truth is that Fields is already getting plenty of quality reps in practice, he’s playing with an extremely talented supporting cast that can help him early in the season and there isn’t really much reason for Ohio State to rush it with him considering the way the schedule sets up.

The ideal scenario for the Buckeyes this week? One half for Justin Fields, one half for the backups, one easy win — and three guys all coming away with more experience heading into Game Two.