COLUMBUS — Ohio State isn’t going to encase Justin Fields in bubble wrap, and the quarterback is far too tough to want that kind of treatment anyway.

But this unique season and the outsized influence of the Heisman Trophy candidate does require taking a few extra steps to keep him protected.

That means his offensive line is a little more aware of what might happen at the bottom of a pile after a tackle. It means there are positional meetings where coach Ryan Day might peel him away from the rest of the quarterback and handle that instruction personally. And while it hasn’t necessarily led to putting any kind of limit on the number of times the dynamic junior rushes the football, that’s just one more element that’s always in the back of the minds of the Buckeyes when it comes to keeping Fields available in the College Football Playoff hunt.

“I’m willing to do whatever it takes to help the team win,” Fields said before practice on Wednesday. “Whether that’s not scrambling at all, whether that’s scrambling every play, it doesn’t really matter to me.

“I don’t really have a set number on what’s right or not. I feel like it varies from game to game, what situation I’m put in during games. I think it differentiates between each game. I never really think about it in terms of numbers. I’ll do whatever it takes.” 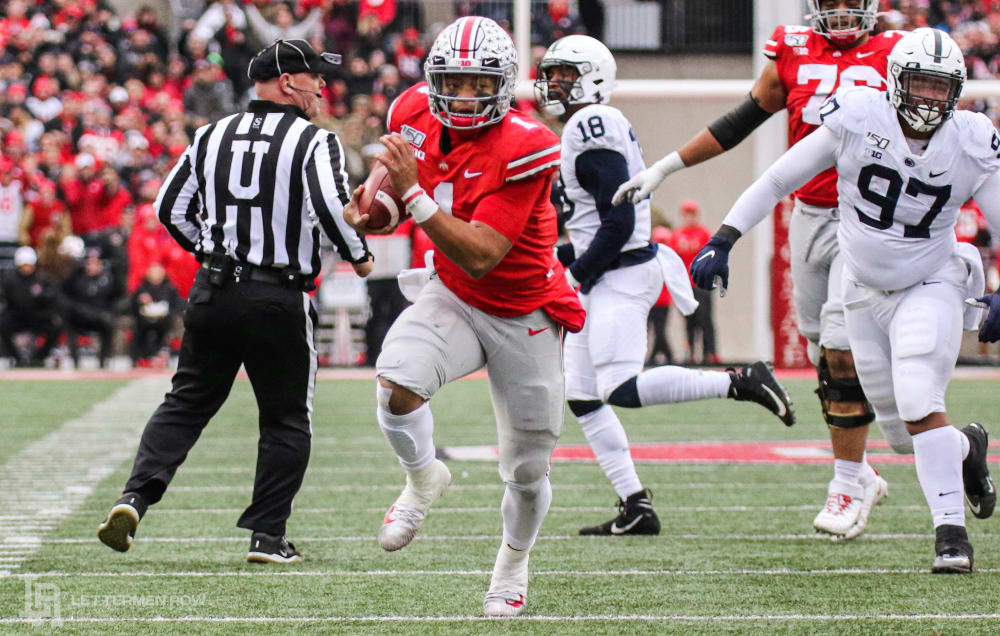 Fields has never backed down from any challenge for the Buckeyes, particularly when the stakes are highest in talent-equated games like the one on Saturday at Penn State.

A year ago against the Nittany Lions, Fields established a career high with 21 rushing attempts as he helped Ohio State fight through a physical battle to win the Big Ten East Division. Fields nearly matched that on Saturday in the season opener against Nebraska, finishing with 15 carries for 54 yards and a touchdown counting a handful of sacks. And that effort again prompted the question about how heavy his workload should be on the ground considering the win over Penn State ended with Fields suffering a knee injury that clearly bothered him for the rest of the season.

But neither the Buckeyes nor Fields have expressed any concern about his rushing attempts. There has actually been more conversation about what occasionally happens to him after he gets tackled and where he meets during the week than any focus on his carries.

“We break it up,” Ohio State coach Ryan Day said. “When they’re in the quarterback room with [position coach] Corey [Dennis], they obviously are all masked up and distanced, and they do a great job of that. But I’ll grab Justin and kind of take him on my own sometimes — there are a lot of reasons, but that’s one of them, to keep him away from some of the other guys.

“But what a tricky situation. It’s just a very, very contagious virus, and I feel for all these teams that are going through this. That’s where I just keep talking to our guys about it. You just can’t take a deep breath, because once it gets one guy, there are a lot of people at risk. It’s not easy, but that’s something we try to do.”

The Buckeyes surely didn’t need another reminder of the importance of staying vigilant during the pandemic, though Wisconsin certainly provided one with its cancellation and the potential that it will be without blossoming star quarterback Graham Mertz for three weeks after reportedly testing positive for COVID-19. 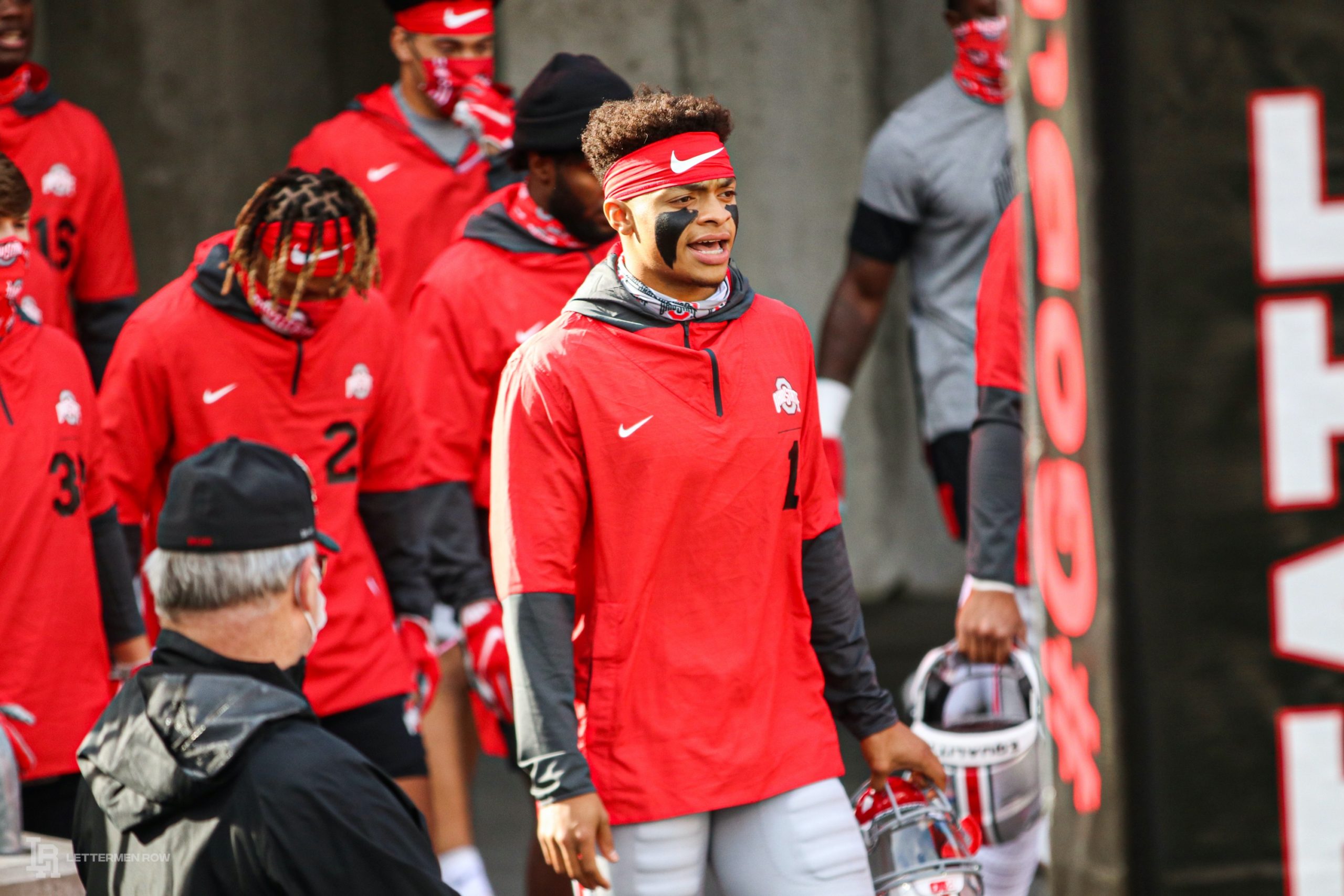 And apparently there were also a few incidents in the chippy win over Nebraska that also have the attention of the Ohio State offensive line as it tries to play the role of bodyguard for Fields even after a play is over.

“I mean, it definitely happened a little bit last game, I was just getting tackles and guys were trying to twist my ankle or whatnot,” Fields said. “I’ve never really seen the point of trying to twist another guy’s ankle or trying to hurt him after the play is over, I just don’t see the point in that.

“But I would say it happens more so when we play, I don’t want to say the worst teams, but the teams that don’t really have that good a chance of winning, to be honest. I think when we play teams that are more well-coached and better teams, I think it tends to happen less. I think that might come with respect, but I don’t really know.”

Nobody respects Justin Fields and his value more than the Buckeyes. And that means Ohio State will keep doing whatever it can to protect him and keep the superstar on the field.

Ohio State quarterback Justin Fields, cornerback Shaun Wade, special teams player of the game Chris Booker, safety Marcus Hooker and right tackle Nicholas Petit-Frere met with the media before practice on Wednesday. The full comments from those Buckeyes are available below, and all press conferences with the program can be streamed live on the Lettermen Row YouTube channel.