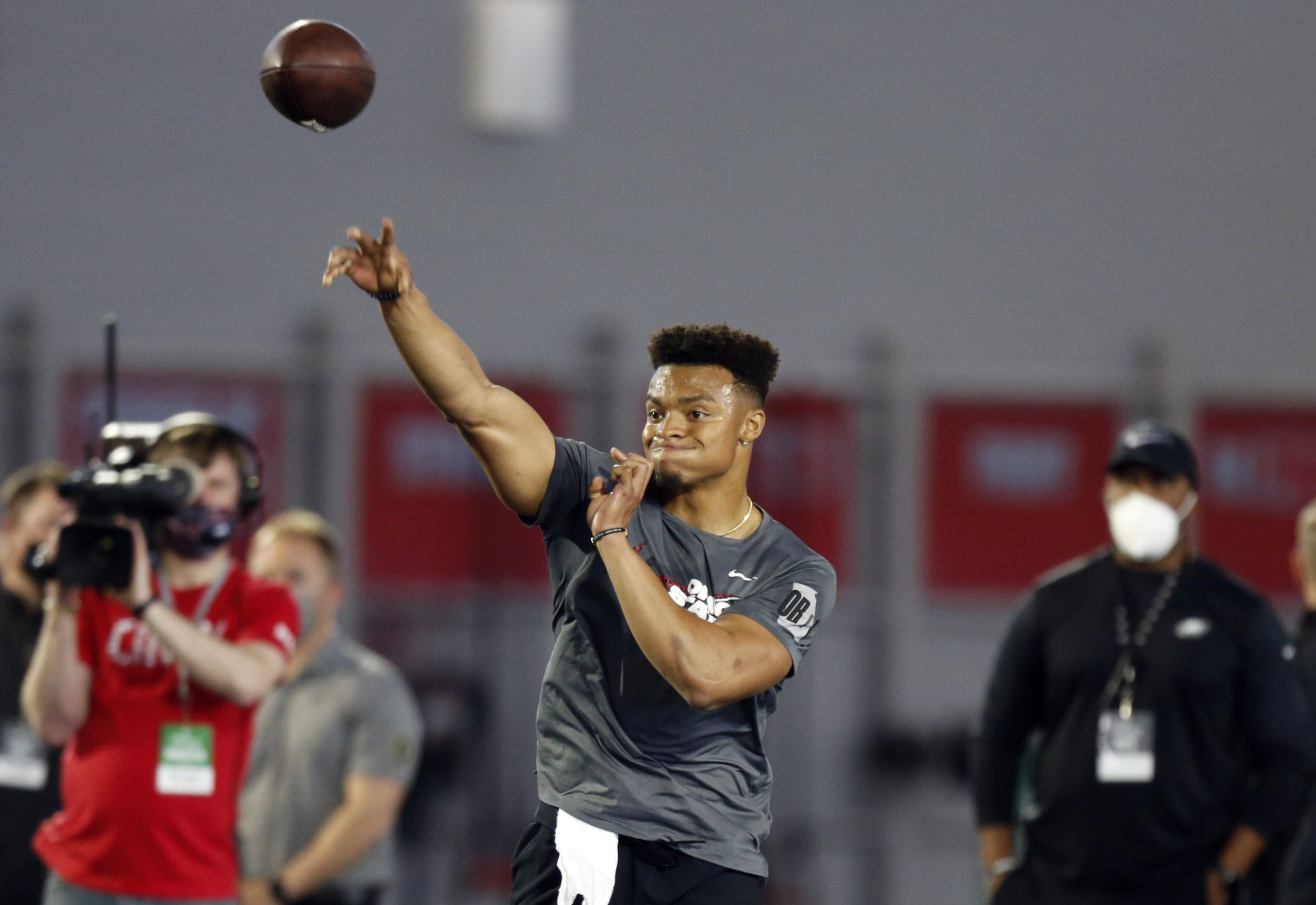 COLUMBUS — The time for shenanigans about the stock of Justin Fields is officially over.

Honestly, all of the whispers, smokescreens and intense scrutiny have been comically absurd all along. Fields was one of the most gifted passing prospects in the country coming out of high school, he only got better after two years of starting experience with the Buckeyes and his track record against elite competition speaks for itself.

But if there are still scouts who watched Fields on Tuesday afternoon at Pro Day and saw the fourth-best prospect at his position or somebody who would ever in a million years only be worth a fourth-round selection, it might be time for a different profession.

“I think overall I had a solid day,” Fields said. “Of course, I think everybody knows my goal in that 40-yard dash was to be in the 4.3s, so I’m kind of mad about that. Other than that, I thought I threw it pretty well. I thought I had a few missed throws, but that happens. Every Pro Day is not going to be perfect.

“But overall I thought I had a pretty solid day.” 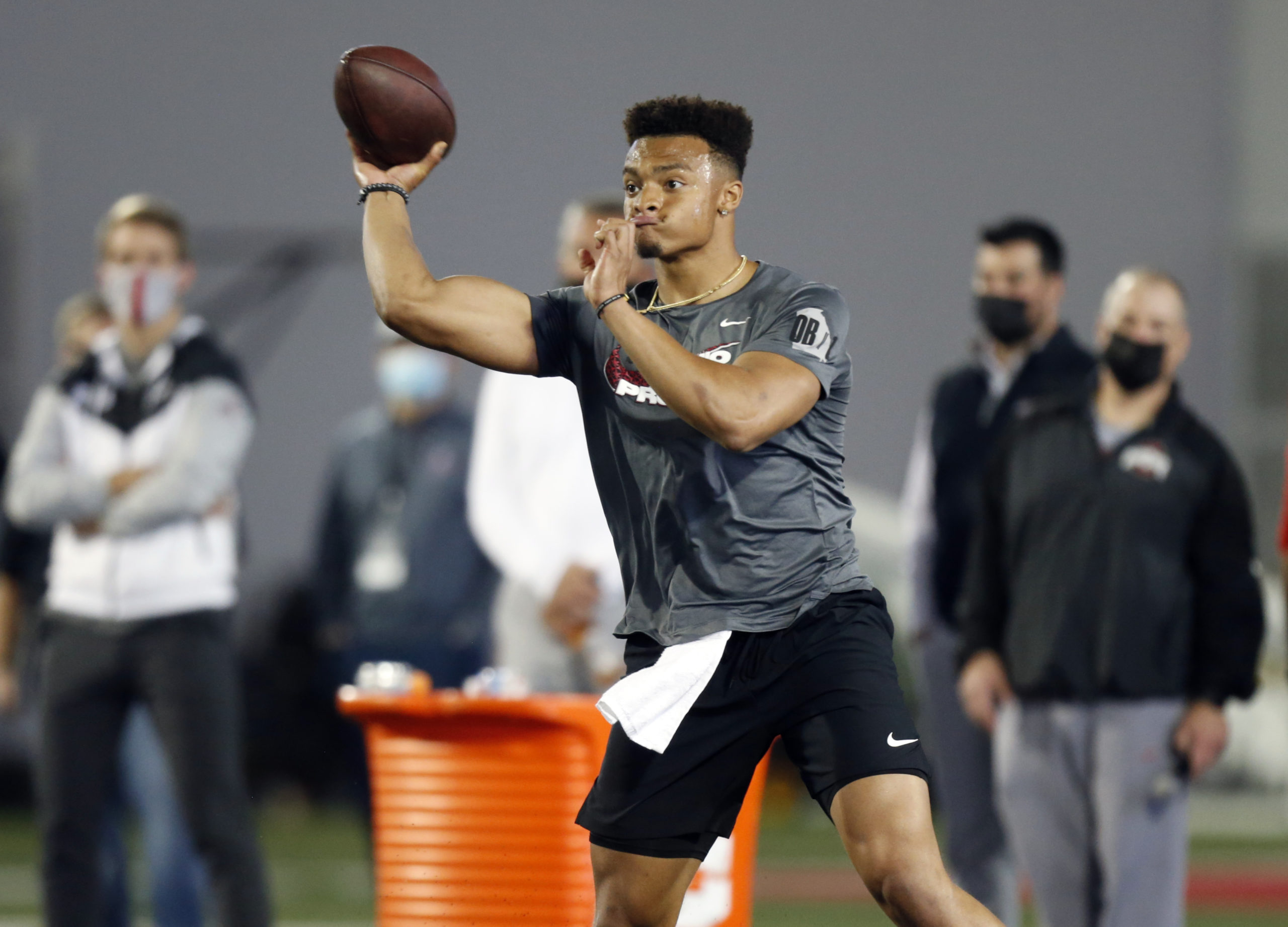 Fields grades himself on a far tougher scale than anybody else ever could. He was surely the only person in the building who didn’t come away dazzled by his arm strength, accuracy and off-the-charts athleticism — which was clear by his disappointment about posting a 40 time that was merely the fastest by a quarterback in nine years.

There were a couple missed throws along the way, including one deep ball as he wrapped up a session that until then had featured him picking his spots with velocity, delivering bullets on the move and uncorking an absolute bomb rolling to his left that will be replayed in every NFL War Room for the next month until the draft. Somehow the memory of his virtuoso performance against Clemson in the Sugar Bowl has seemed to drift from the memory of a few talent evaluators, but Pro Day should serve as a jolt of reality.

“I thought he threw the ball with accuracy, and then at the end he was really kind of showing off,” Ohio State coach Ryan Day said. “I mean, just driving the ball down the field with unbelievable accuracy. Anybody who was here got to see it live and in color just how talented he is. 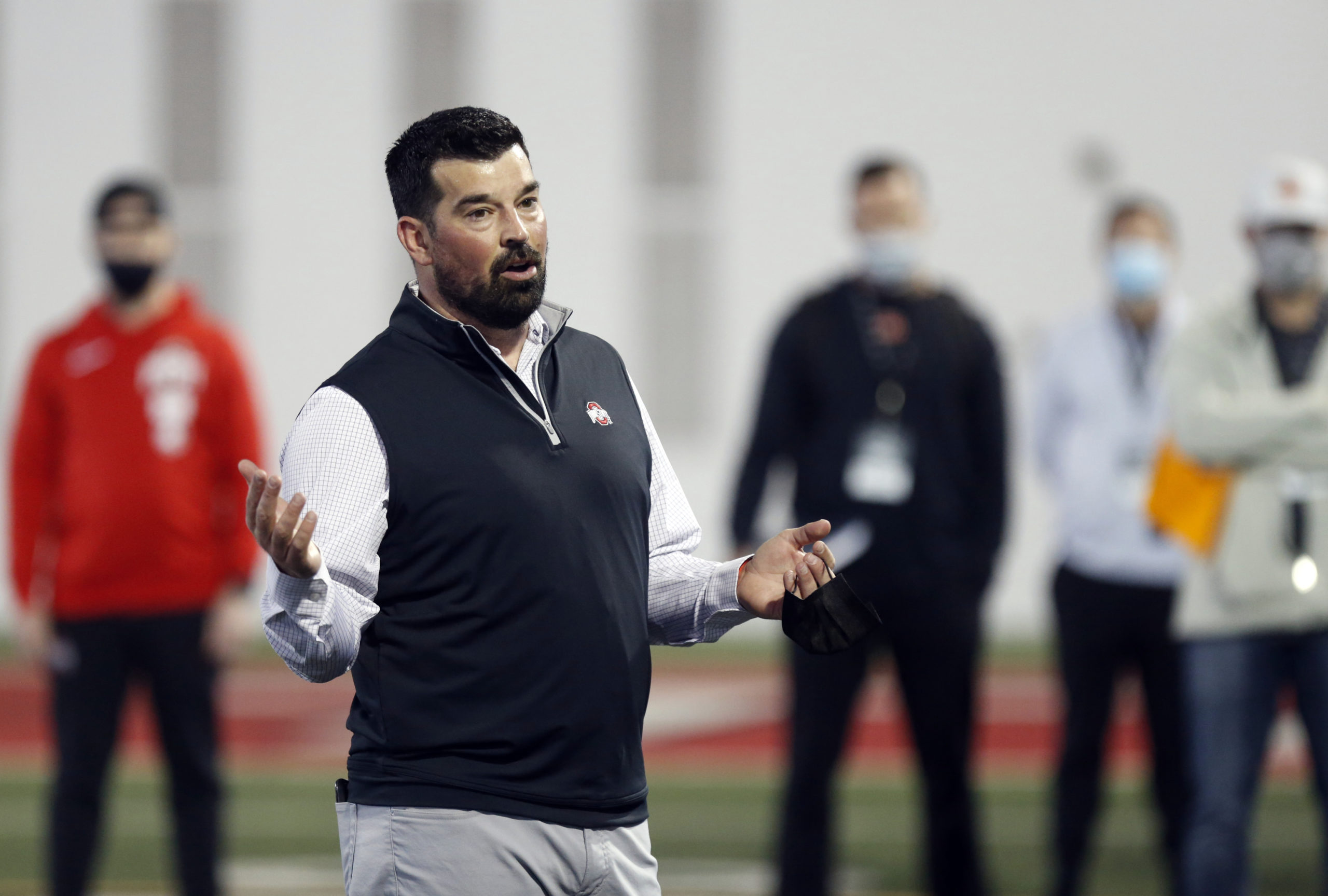 “I haven’t heard [doubts] from any of the NFL personnel who have asked me questions. I know there are some people who are saying that maybe in the media, but I haven’t spoken to them. I think it’s interesting. I certainly have a lot of respect for guys who watch a lot of film and see things. I know there are some out there who don’t watch a ton of film. … What really matters is what the NFL GMs and presidents and head coaches and personnel people think in the organizations. Then really at the end of the day it’s about how well he does in the NFL. He’s going to end up on a team, and once he gets there he’s going to have to produce. That’s what it comes down to, but some of the stuff that I have read off hand doesn’t seem to fit to me.”

Far and away the most frequent topic of conversation has been about his ability to get through multiple reads, though that ignores multiple factors that both Justin Fields and Day have explained away with ease to anybody willing to listen.

It also doesn’t require all that much expertise to look at either his on-field results or the rockets he unleashed at Pro Day to understand that Fields is a damn-good quarterback. But for any franchise that wants to overthink it and pass on a generational talent, Fields sent a couple clear warning shots on Tuesday.

“At the end of the day, it’s always going to be a chip on my shoulder,” Fields said. “But I think my drive, my wanting to be great, my willingness to be great comes from inside. I mean, to be honest, if everybody on the outside was telling me how great I was and I hadn’t reached the level of potential that I think I can reach, that drive would still come from inside.

“I try not to pay too much attention to the outside voices because at the end of the day, they have their opinions but don’t really know what’s going on inside the building or a certain offense. My dedication and passion to be great comes from within. … I mean, there’s no issue. I know what I do on the field.”

Even before he stepped back out there for one last time wearing Ohio State gear, the rest of the world should have already known as well.

But for any remaining holdouts, Justin Fields offered a jaw-dropping, doubt-erasing clinic on Pro Day.