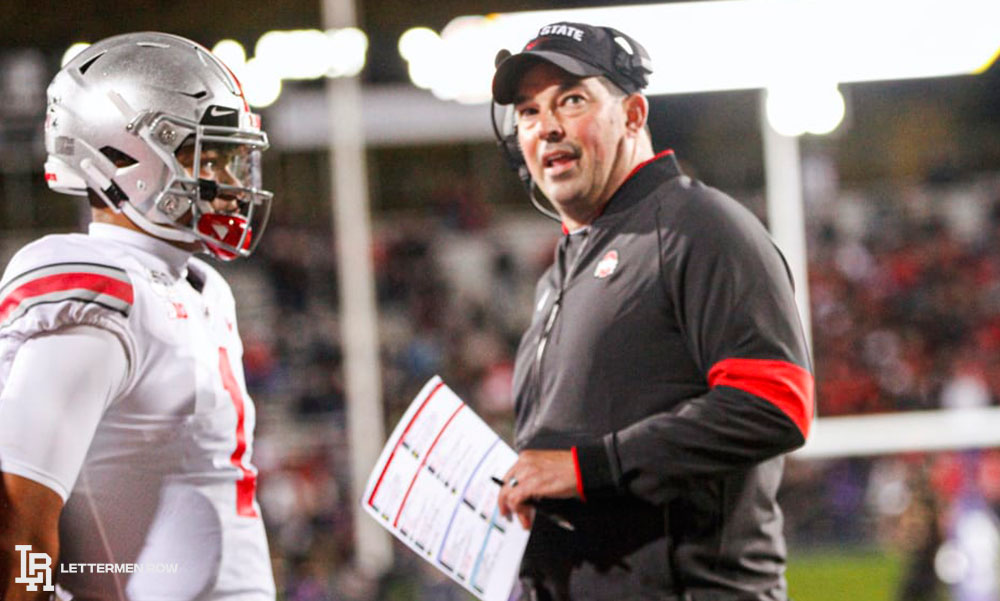 COLUMBUS — Ryan Day is already having conversations about the NFL Draft stock of his superstar quarterback.

The Ohio State coach just isn’t having them with Justin Fields.

The buzz for Fields is already growing ahead of what will almost certainly be his last season with the Buckeyes before turning pro, and certainly there’s the possibility for that bright spotlight to get tiring. But at this point Day and Fields aren’t treating it as any different than the pressure that comes with being the starter at Ohio State, playing for championships or becoming a Heisman Trophy finalist — so they don’t plan on any changes to deal with it.

“Well, that was the conversation all along,” Day said. “We’ll put him in position to go to New York City and to be a first-round draft pick. It’s his job to be a great leader and bring a championship back to Ohio State. I think there’s a certain level of trust there, and his development this past year has been tremendous. Still got a long way to go.

“But, no, it won’t change [the approach] all. First of all, there’s been that kind of hype around Justin ever since he picked up a football. Whether it was the No. 1 recruit in the country, QB1, transferring from Georgia, going to the Heisman this year and now it will be the NFL Draft. It’s part of being the quarterback at Ohio State, and it will be the same way with the younger guys. So, that stuff won’t really come up at all until we start getting closer to December or January.” 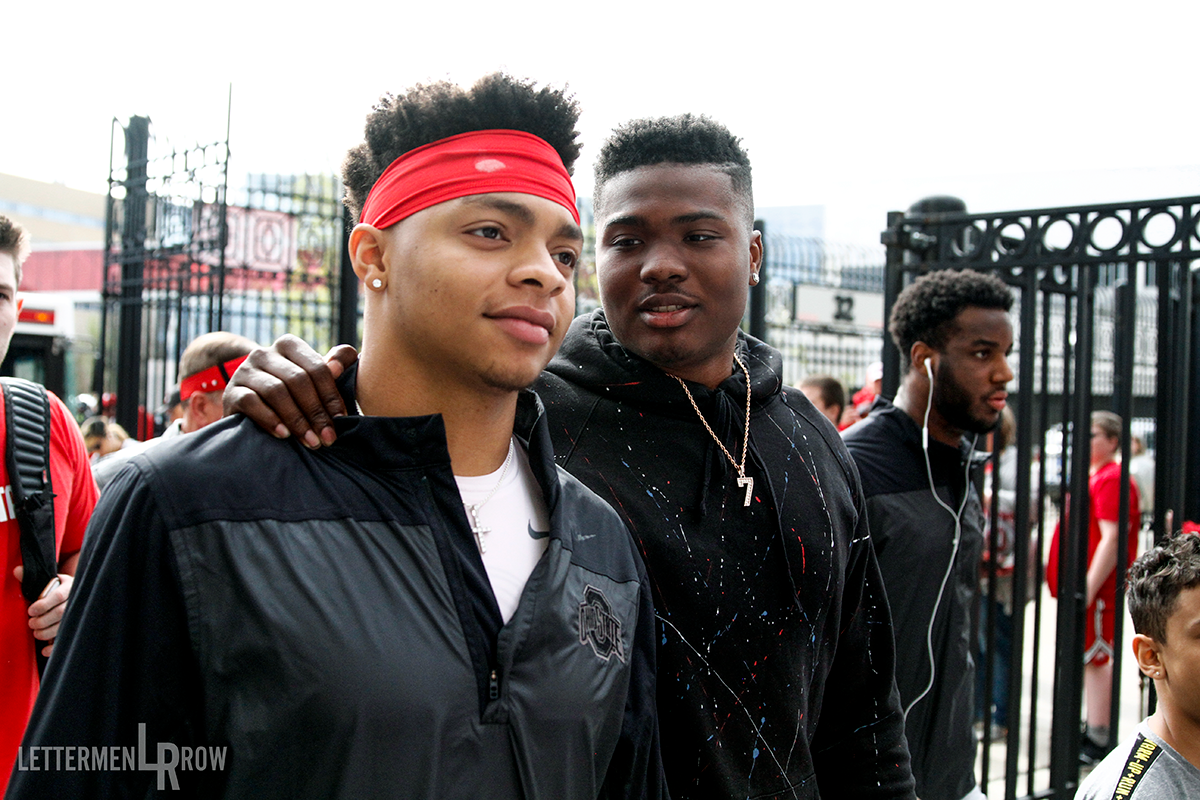 Ohio State quarterback Justin Fields is looking to follow in the footsteps of Dwayne Haskins to the NFL. (Birm/Lettermen Row)

The Buckeyes might not have much reason to talk about the looming decision for Fields until then, but that doesn’t mean it won’t be a hot topic elsewhere in the meantime.

This year’s draft wasn’t even over yet when Day started making media appearances and getting questions about Fields, who is already viewed as a first-round draft pick and could by vying with longtime rival Trevor Lawrence for the top spot overall. Obviously there’s a full year to go before then, and plenty can change in that time assuming the season goes on as scheduled. But Fields was so dynamic during his first year as a starter, it’s hard to imagine there are many scenarios that exist where he returns to the Buckeyes for a third season.

“I think there’s a level of trust there, and based on how it goes this season we’ll either say that he’s ready to go get it or maybe he needs another year,” Day said. “But I don’t think those discussions are for now, because the idea is that you want to go into that league ready to roll. Joe [Burrow] was five years into college football, he’s a grown man and ready to roll. I think that’s important when guys go in there that there’s a body of work. They can kind of jump in and take off from there.

“Based on how this season goes, we’ll see. We’ll sit down with him and his family, and a lot of things have to go right, too. It’s easy to say [he’s gone] now, and if that’s the case, it means he had another really good year.”

Preparing Justin Fields for that moment is the only topic of conversation for Ryan Day at the moment, and it’s certainly packed with unique challenges thanks to the pandemic and the fact that he’s having to work with his quarterback remotely for now.

The two actually have plenty of time to chat on FaceTime right now if they want. But the priority is on handling the business with the Buckeyes, and they’ll deal with the NFL after that’s done.