COLUMBUS — Justin Fields gets regular reminders at Ohio State that there are lessons in failure.

Of course, the Buckeyes quarterback hasn’t had many setbacks to draw from, so he’s probably heard that message from Ryan Day more than he’s actually been able to apply it to his development.

Fields isn’t perfect, of course. The Buckeyes have plenty of areas where they believe the Heisman Trophy finalist can improve as a second-year starter, and even when he was winning every regular-season start and the Big Ten title, there were certainly throws that showed there was room to grow.

But when it comes to the most glaring examples of a loss for a quarterback, Fields was almost supernaturally skilled at avoiding them. And even if he merely matches the three interceptions he threw last season without cutting down the total at all, the Buckeyes will surely take that and expect to be right back in the College Football Playoff.

And the fact that two of those picks came in the semifinal certainly seems to be fueling him as he gears up to lead the Buckeyes for the second season. 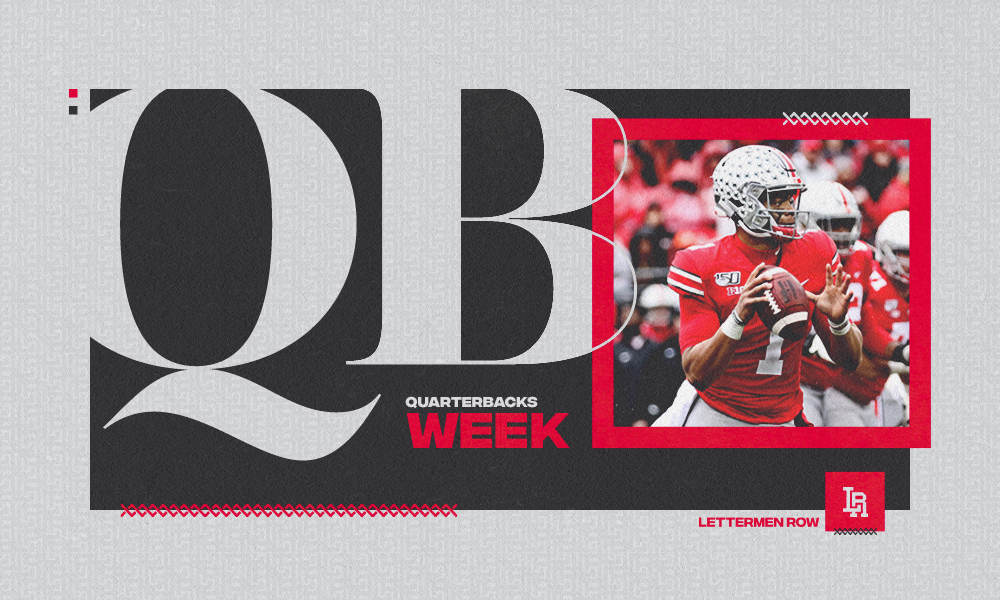 “Like last year when he showed up, he was quiet, he was trying to fit in, he was trying to find the nutrition room, he was trying to find his classes, he wasn’t sure about the workouts, he didn’t know who his buddies were, it was cold — everything,” Ohio State strength coach Mickey Marotti said early in the offseason. “He didn’t know anybody, but now all of a sudden he’s the starting quarterback, he’s earned the reputation of being a hard worker, he knows he’s the leader now, he knows what needs to be done and he has a whole different mindset of the offense and where that needs to go.

It’s hard to envision exactly what the next level in his game would look like since Fields was so prolific as a first-time starter. His first interception came on a trick play that seemingly went wrong. His second required a disguised coverage and one of the most athletic defenders in America. And the third has been well documented as a miscommunication on the game-deciding play in the Fiesta Bowl.

Focusing on those interceptions at all feels like nitpicking, but that’s the bar Fields has set for himself. Yes, he can probably get some passes out of his hand quicker, he can continue to fine-tune his arm angles and he’ll keep getting better at reading defenses as he gains more experience. But he’ll also be able to learn from those rare mistakes, and those are now opportunities for growth for arguably the best player in America.

What can Justin Fields learn from his three interceptions last season? How did those plays materialize for the Buckeyes quarterback? Where can Fields continue to get sharper heading into his second year with the program? Former Ohio State staffer, Kentucky quarterback and current Ohio Dominican offensive coordinator Mike Hartline was back in the Lettermen Row film lab to answer those questions in the latest episode of BuckIQ.