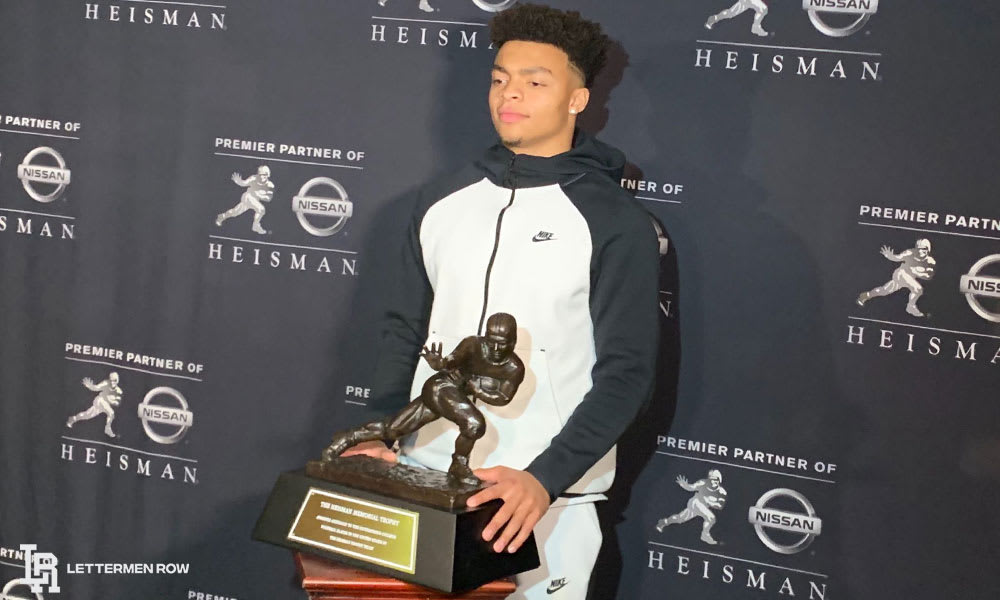 But even without much practice time this week, it turns out the awards circuit can be just as taxing.

The soreness is still there in the left leg for the Ohio State quarterback, who is continuing to treat it with a routine prescribed by the training staff as he flew from Columbus to Atlanta and then to New York as a Heisman Trophy finalist. But there is a plan in place for Fields to potentially ditch the bulky knee brace that bothered him so much in the Big Ten title win on Saturday, and he’ll do whatever it takes to make that happen in time for the Fiesta Bowl against Clemson.

“It was kind of stiff getting off the plane,” Fields said. “I have some compacts upstairs that I’ll probably get on later tonight, I might hop on the bike a little bit just to get it warmed up. The trainers gave me this little exercise routine that I can do when I have off time just to get it better.

“Yeah, [travel] might be worse for it — it probably is, to be honest with you.” 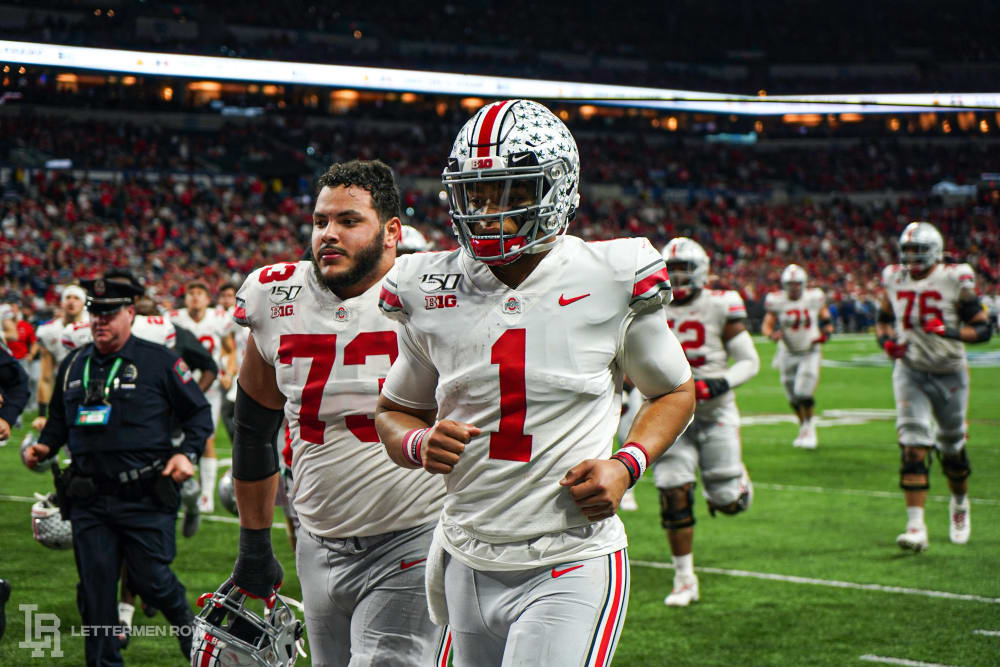 The experience for Fields and teammate Chase Young will surely be worth it, though, and both have certainly earned the spotlight and recognition after impressive seasons leading the Buckeyes to a perfect record and another Big Ten title.

But that doesn’t mean there aren’t any drawbacks. The travel, media responsibilities and trying to squeeze in workouts while keeping an eye ahead on the Fiesta Bowl can be draining — particularly for Fields as he tries to power through his rehab. There obviously wasn’t a lot of on-field work for him to do this week at Ohio State, and this first phase of a three-week stretch to recover from his knee sprain could wind up being crucial before the Clemson matchup.

“[Using the brace], that’s just really day by day. It depends on how I feel on that certain day. I’ll probably practice with the knee brace on next week, and then depending on how my knee feels, work into a smaller knee brace — and then hopefully I’ll be feeling as good so I don’t have to be wearing a knee brace at all.”

Fields hasn’t hidden his disdain for it so far. And the second it’s no longer required, there’s no doubt he’ll be thrilled.

But the larger brace also didn’t stop him from throwing for three touchdowns last week against Wisconsin or coming out of the medical tent at Michigan to deliver the unforgettable throw that effectively sealed his invitation to New York.

“I mean, coming here after getting to Columbus in January, I never would have thought I would be here,” Fields said. “Just seeing myself here right now, it’s a dream come true. It just goes to show you that everything happens for a reason, really. … I didn’t think it would happen, at least not this year. Next year? Maybe.

“But this is a blessing.”

For now, it’s worth maybe a little discomfort in the knee for Justin Fields.