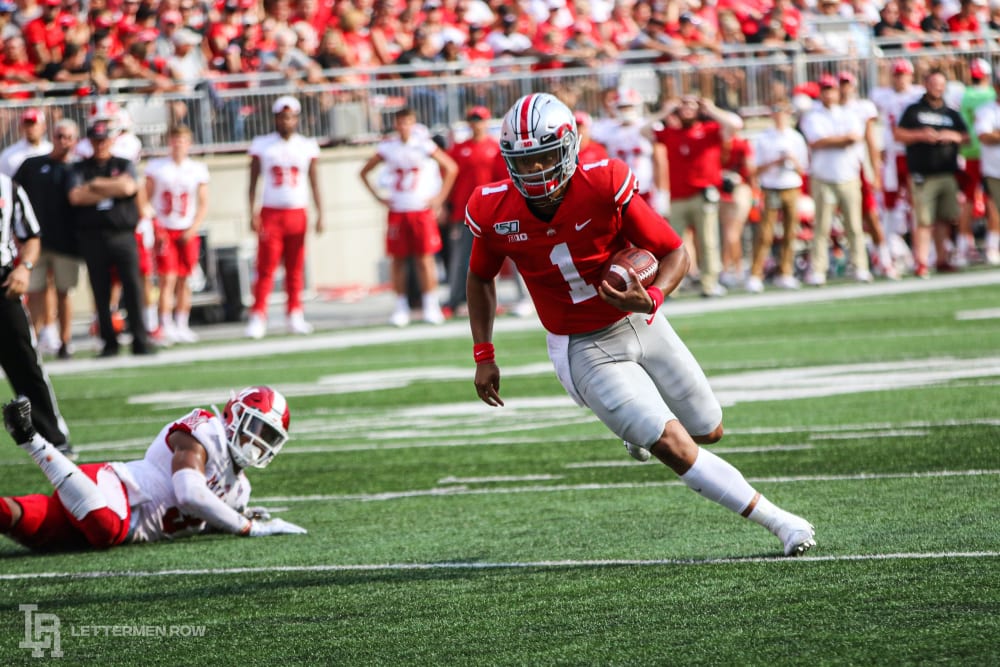 COLUMBUS — The combination of the ability of Justin Fields and the firepower of the Ohio State offense was always going to have the potential to produce a Heisman Trophy finalist.

It just wasn’t supposed to happen so quickly.

Sometimes it’s easy to forget that Fields has only started 13 games in his college career or overlook the fact that he hasn’t even spent a full calendar year with the Buckeyes. The sophomore quarterback often makes the game look so easy and it appears to come so effortlessly and efficiently for him, it’s worth a reminder that he’s doing this all well before it could have been reasonably expected.

Even veteran quarterbacks don’t throw for 40 touchdowns with just one measly interception over the course of a season. And with 10 more scores on the ground from Fields, what he’s done for the Buckeyes is truly historic. Alongside superstar defensive end Chase Young, he’s certainly earned the invitation to New York for the Heisman ceremony that arrived on Monday evening — about one year before most projections could have envisioned it for Fields.

“He has a tremendous approach,” Ohio State coach Ryan Day said. “He’s humble. But deep inside there’s a fiery, competitive dude in there who just tries to take your heart out when he’s in the game. He’s got an interesting demeanor about him, very smooth. You don’t see much on the surface. But he’s very, very competitive. 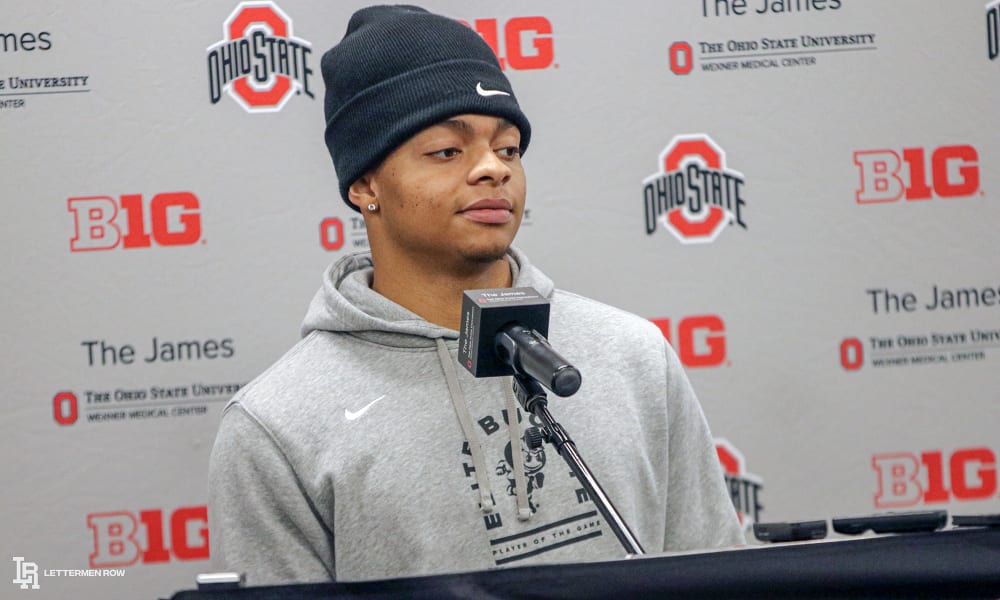 “That’s something I didn’t know about him until he started playing in these big games. Nothing but the utmost respect for him as a person, his character, his approach. I think he’s a really good player.”

The Buckeyes always knew they were getting one of those in Fields or they wouldn’t have pursued him in the transfer portal as the former five-star recruit left Georgia. But Day was steadfast during the offseason that Fields hadn’t done enough to earn the starting job at Ohio State until about midway through training camp, which seems kind of laughable in hindsight but was also a genuine reminder that the dual-threat weapon was young and hadn’t really proven himself yet in live action.

Justin Fields has now done that 13 times, winning every game by a double-digit margin, leading Ohio State to a Big Ten title and playing through a knee injury to send his team to the College Football Playoff.

Maybe that all seemed like too much for his first year with the Buckeyes. But it’s all a reality, and so is a trip to the Heisman Trophy ceremony now.