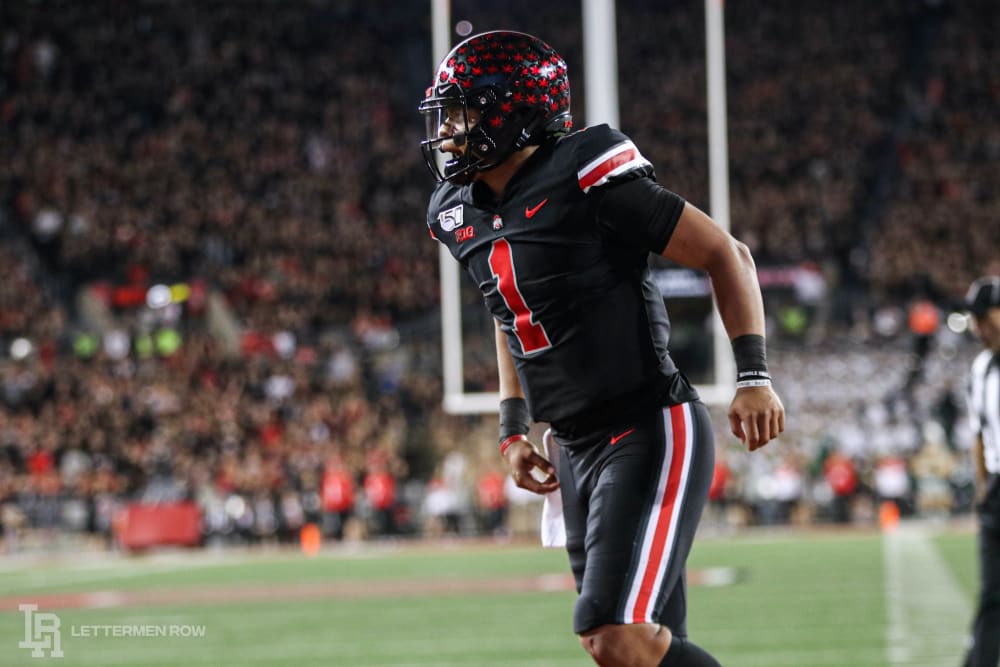 COLUMBUS — Ohio State gave Justin Fields the option to take a break if he wanted it.

The Buckeyes quarterback was admittedly sore as he walked off the field following the physical win over Michigan State, so the coaching staff was willing to let him decide how many reps he needed during the off date.

The pick for Fields? A normal workload as he turned his attention to making some personal improvements, gearing up for another tough defense at Northwestern and preparing for the stretch run leading the unbeaten Buckeyes.

“[Quarterbacks coach Mike] Yurcich kind of just told me to just take as many reps as I wanted,” Fields said after practice on Tuesday. “So, I pretty much just took the same amount, to be honest with you.

“Nah, I didn’t really [want a break]. I had to work on my footwork and stuff like that, so I took all the reps I usually do.”

In case there was any doubt about the health of Fields after walking gingerly out of the Horseshoe last time out, the sophomore obviously erased that in a hurry and made it clear that he’ll be just fine to take on the Wildcats. And if anything, Fields seems to only be getting stronger as the season progresses thanks to his improved command of the playbook, his comfort now that he’s a six-game starter and the momentum that comes with producing 26 touchdowns at the midway point of the season.

The Buckeyes have made it well known that Fields is ahead of the schedule they envisioned for him as a first-time starter who just arrived on campus in January. But there is clearly still room to grow, and the first order of business was sharpening his footwork and getting Fields to work through his reads more quickly in the pocket.

“He was working with just about all of [the playbook], you know, and he’s learning it more and more,” Ohio State coach Ryan Day said. “And it’s the same thing with the bye week. We’re trying to enhance the best we can, and work on our fundamentals. He has certain things he needs to work on, and he’s going to do that.

“But we’ve kind of thrown the whole thing at him, and he’s been able to handle it.” 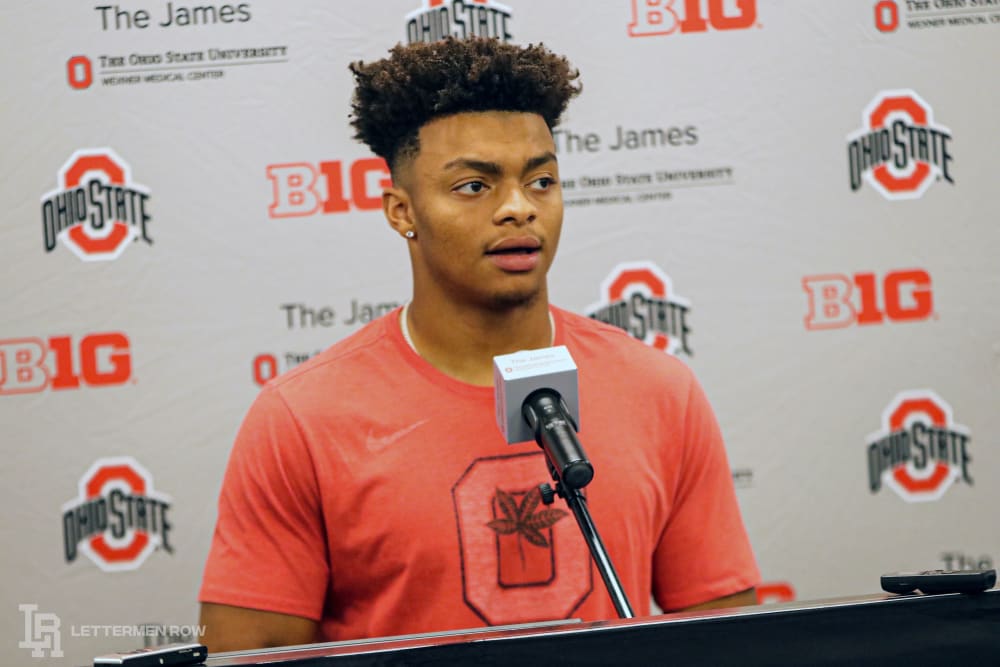 If anything, Fields is leaving no doubt that he still wants more and is putting in the effort to keep growing.

There was still a little soreness to work through last week for Fields, of course. But after already proving his toughness within games after taking big hits, he backed that up by not skipping any snaps on the practice field during the off date, either.

“I mean, my body definitely feels better now. Last week I was kind of sore a little bit, but that week off definitely helped.”

Really, it was just a weekend off for Justin Fields. The rest of practice was business as usual.

Ohio State quarterback Justin Fields was one of a handful of players who met with the media after practice on Tuesday night at the Woody Hayes Athletic Center to preview the trip to Northwestern. Fields was joined by fellow Buckeyes Shaun Wade, Jeff Okudah and Wyatt Davis — and all of those video interviews are available here and on the Lettermen Row YouTube channel.