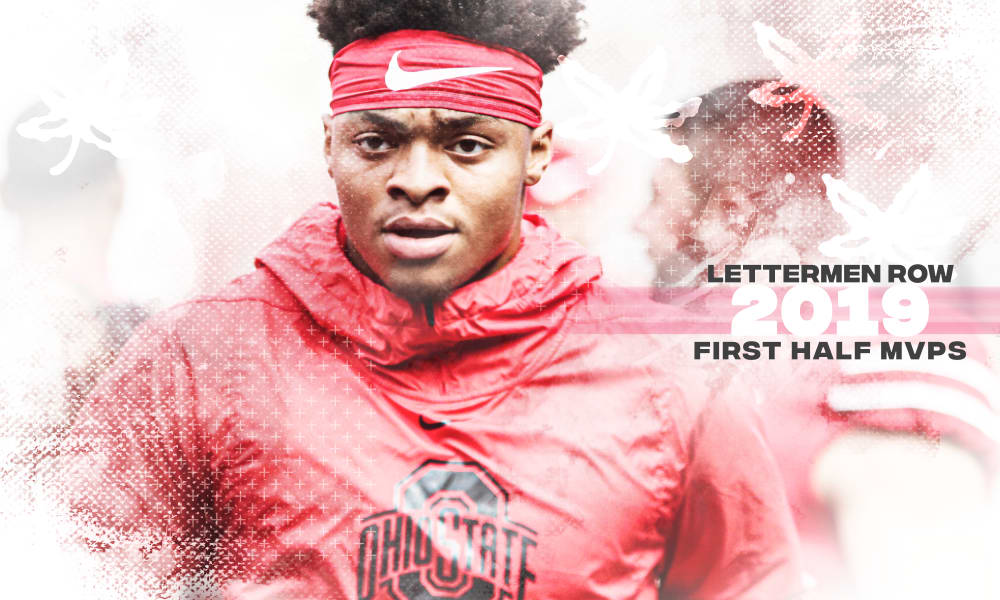 COLUMBUS — Greatness was always expected from Justin Fields at some point, but it was the timing that was unclear when he arrived at Ohio State.

Dating back to his famed Elite 11 win, his five-star recruiting ranking, the brief glimpses of his ability at Georgia and the seemingly perfect fit in a Ryan Day offense, all the signs have been there that the sophomore quarterback could become a superstar.

But his first offseason with the Buckeyes was accompanied by whispers about patience. Learning a new offense doesn’t happen overnight, neither does developing chemistry with new teammates. First-time starters are supposed to deal with growing pains, and Ohio State wasn’t going to rush the education of Fields.

All of that is out the window now, though. Fields has already accounted for 26 touchdowns in his first six games, he’s a legitimate Heisman Trophy candidate, he’s getting better every week leading the unbeaten Buckeyes — and he’s the Lettermen Row pick as the first-half MVP on offense.

“Justin was much more of an unknown [than Dwayne Haskins last year], because he had just got here in January,” Ohio State coach Ryan Day said. “And so he’s growing every day. He knows what he needs to work on. But his leadership and his toughness has shown. And I think the guys in that locker room are appreciative of that. I think they see it.

One of those perks might be a trip to New York for the Heisman Trophy presentation, and he’s on pace for the kind of numbers on a championship-caliber team that tend to earn those invitations.

There are still some tough defensive tests looming for Fields down the stretch, including a matchup in two weeks against Wisconsin and the rivalry showdown with Michigan at the end of November. But every week, Fields is showing more comfort leading the attack while the Buckeyes continue to pile more responsibility on him, and that combination could prove to be plenty dangerous to everybody who has to try to stop him.

“We have a great offensive line, great running backs, great receivers,” Fields said. “So, I think once we put it all together — I think we showed flashes — but we really weren’t consistent the whole game on the offensive side of the game.

“If we get better at that and be more consistent about that, I think we’ll definitely be one of the best offenses in the country.”

The Buckeyes are well on their way. And Justin Fields is right in the middle of it. 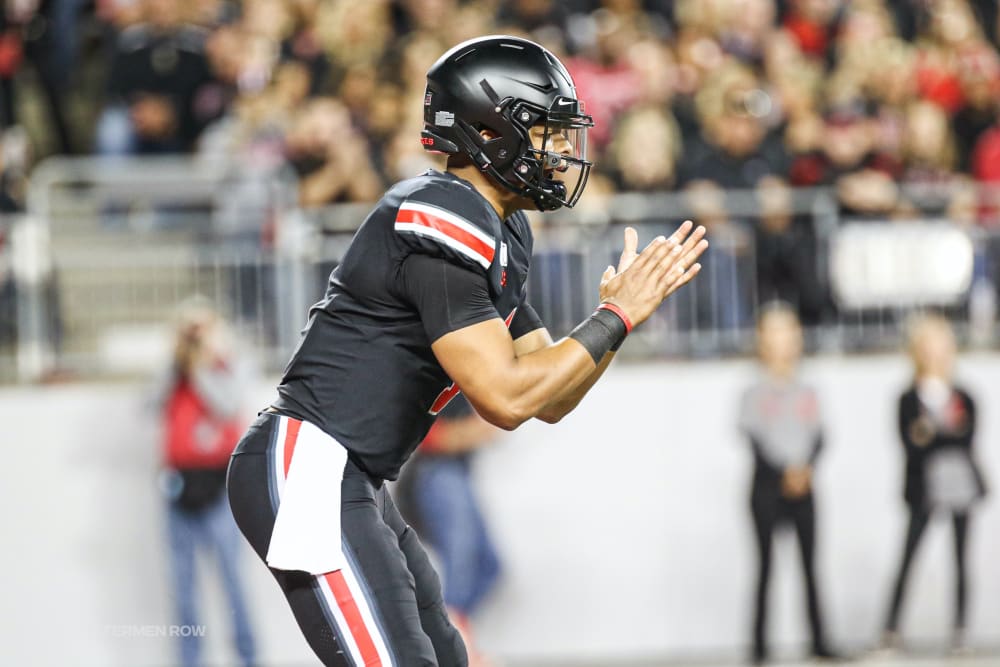 J.K. Dobbins hasn’t revealed his grading scale for this season yet, but odds are he won’t be calling his work a failure again at the pace he’s on right now. The junior has been playing at the highest level of his career, and he could just as easily become a Heisman finalist as Fields — especially if he’s the guy who thrives in what could be a Tailback Eliminator when Jonathan Taylor and Wisconsin come to the Horseshoe. The success of Dobbins has been instrumental in helping bring Fields along at quarterback, and on any other team, he would be the clear-cut pick to lead the way for the program. 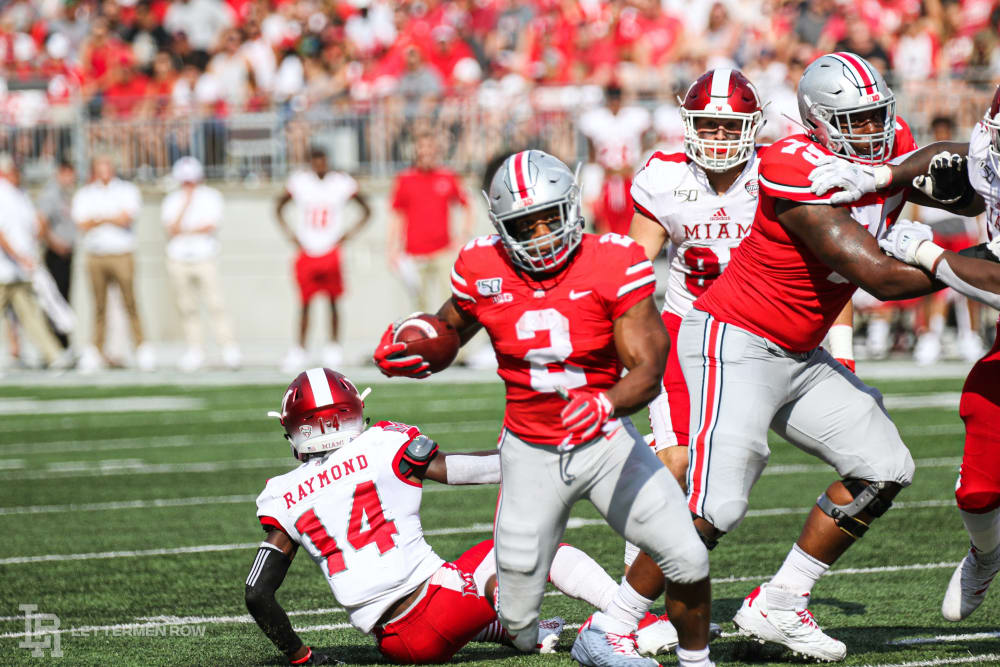 Ohio State running back J.K. Dobbins is off to a fantastic start for the Buckeyes. (Birm/Lettermen Row)

The entire offensive line deserves credit for the remarkable first half for the Buckeyes, and collectively those blockers are all grading out as Champions together according to the coaches. But if one guy gets singled out here, it’s going to be the center. Josh Myers was something of a question mark as a first-time starter heading into the season given his inexperience and the importance of his role on every play. But the sophomore has had no problems with the snaps, he’s brought a physical, nasty edge to the unit and is certainly living up to the recruiting hype that had him pegged as a building block for the Buckeyes. Like the other half of the battery, Josh Myers is only getting better alongside Justin Fields.