Ohio State quarterback Justin Fields is on his way to a special season. (Birm/Lettermen Row)

He’s two touchdowns ahead of the pace that sent his predecessor at quarterback for the Buckeyes to New York as a Heisman Trophy finalist.

And through four easy wins and a couple mind-blowing quarters of productivity like the six-touchdown barrage he engineered last week against Miami (Ohio), Fields is drawing praise for being ahead of where the Buckeyes envisioned after his first full month as a starter.

The true tests really start now for Fields and the Buckeyes as they close the door on non-conference play and hit the road to take on Nebraska in primetime on Saturday. But Fields is already making it clear that he’s capable of doing just about everything the program could ask from the guy leading the attack thanks to his dual-threat ability — and an arm that might not be getting enough credit.

“Yeah, I think he’s four games in, I think he’s got a spring and a preseason under his belt — and that’s good,” Ohio State coach Ryan Day said. “But there’s still a lot to be learned, a lot to see as we get going in these conference games. 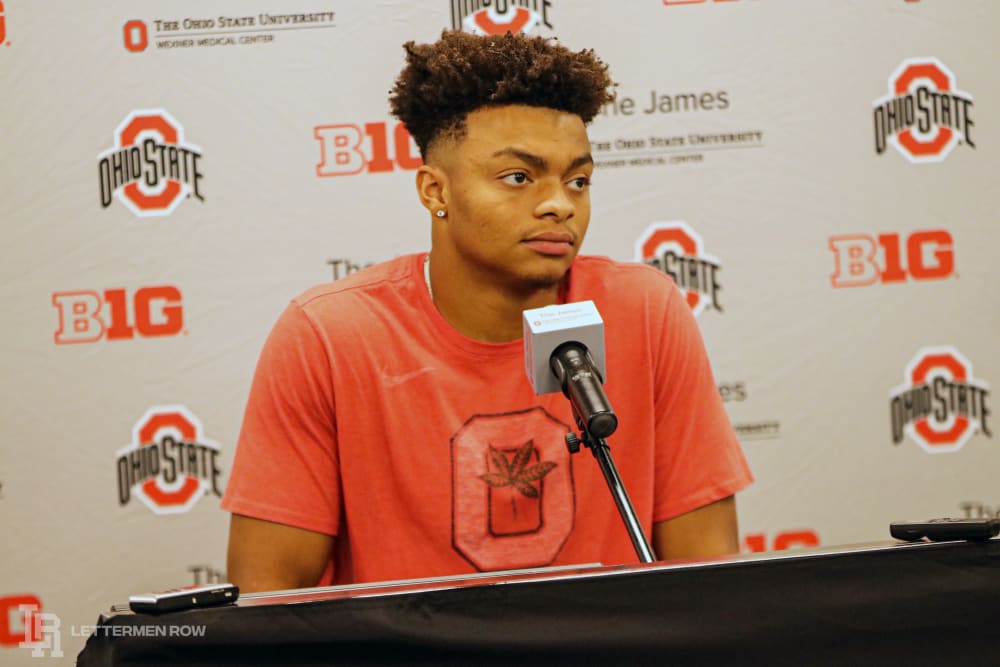 “He has grown for sure, and he will continue to grow. And he’s got a good approach to him, and he’s got the right mindset. But there’s going to be adversity along the way, and he’s going to have to handle that. When you look back on all the great quarterbacks, they have to handle that the right way and they have to improve when things like that come into play and handle that the right way, and he will. But yeah, he’s much further along now than he was then.”

The progress for Fields is difficult to truly quantify, and it’s true that Ohio State would like to evaluate him in a much more demanding laboratory — which it gets to under the lights of Memorial Stadium. But the sample size of throws at this point is large enough to see that Fields brings big-time arm strength, accuracy to deliver the football where it needs to go and an impressive ability to make throws on the run.

Ohio State will obviously need all of those things on the road against the Huskers. But it appears Fields is more than ready for a game that was circled months ago as his first major test.

How has Justin Fields got off to such a hot start? What sets the Ohio State quarterback apart from other passers around the country? Can Fields keep the Buckeyes rolling into Big Ten play? Former Kentucky standout, Ohio State quarterback coaching intern and current Ohio Dominican offensive coordinator Mike Hartline was back in the Lettermen Row film lab to break down the performance of Fields in latest episode of BuckIQ.

What We Learned as Ohio State, Ryan Day start Nebraska prep
How frustration can be positive for Austin Mack, Ohio State wideouts