Connect with us
Ohio State quarterback Justin Fields could be a dangerous weapon this season. (Dale Zanine/USA TODAY Sports)

COLUMBUS — Justin Fields mostly had to sit and wait his turn at Georgia, but his arm clearly wasn’t getting rusty late in his only season there before transferring to Ohio State.

The knack for making the right read, the willingness to stand in the pocket to deliver the football and some top-notch ability to uncork an accurate deep ball were all clear once he had a chance for some extended action as a freshman last season.

And while UMass obviously isn’t the stiffest competition Fields has seen so far in his career or that he’ll face if he becomes the starter for the Buckeyes, his work last November in that matchup at least provided a decent sample size to evaluate what he brings to the most important position on the field.

“It sounds crazy to compare him to those guys who are of course at the pinnacle of the sport, but you see characteristics of Cam Newton and Deshaun Watson,” quarterback trainer Quincy Avery told Lettermen Row last month. “Those are guys he shares traits with or guys [Fields] reminds me of. 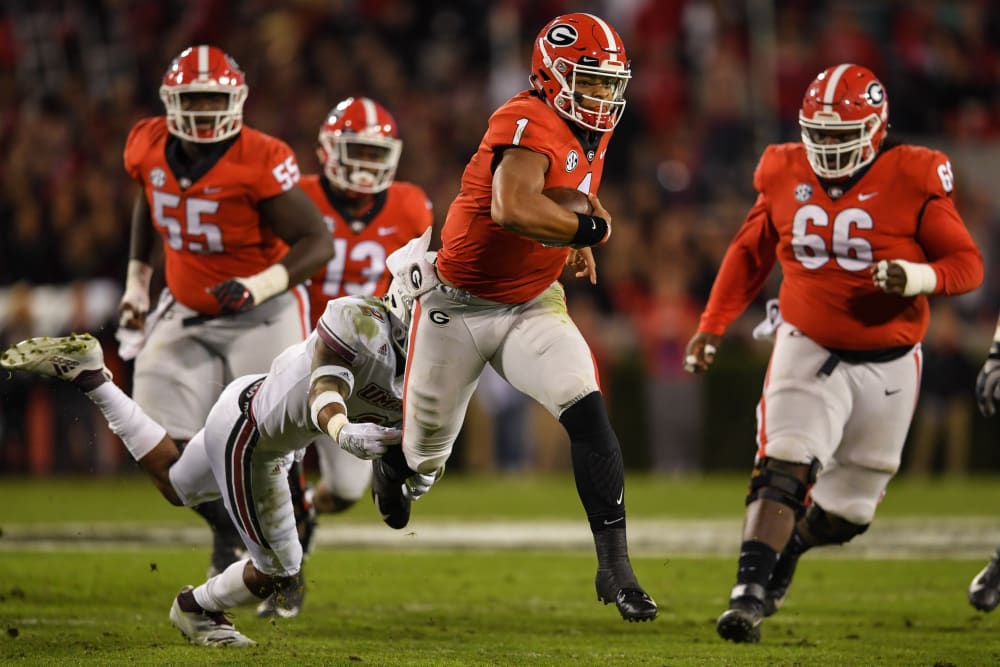 New Ohio State quarterback Justin Fields arrived in the offseason with an eye on starting for the Buckeyes. (Dale Zanine/USA TODAY Sports)

“[Fields and Dwayne Haskins] are both elite passers. And we all got to see what Dwayne did this year at Ohio State.”

Fields could be next in line to take over that high-scoring offense from his buddy Haskins, who also utilizes the expertise Avery teaches about the fundamentals of playing quarterback. And while he’ll have to learn a new offense and compete for the starting job with Matthew Baldwin in spring practice, the move from Georgia to Ohio State by Fields has so far been one of the most significant in all of college football this offseason.

What does it mean for the Buckeyes? Former Ohio State star and national championship-winning quarterback Cardale Jones was in the Lettermen Row film lab to break down Justin Fields for his first episode of BuckIQ, looking at that extended work against UMass to get an idea of the tools he brings to the offense.