COLUMBUS — There won’t be any specifics revealed about the injury Justin Fields is dealing with ahead of the national-title game.

But Ohio State  made it quite clear it doesn’t expect the superstar quarterback’s health to keep him out of the lineup in the biggest game of his life.

Clearly Fields was dealing with plenty of discomfort on Friday night in the Sugar Bowl after taking a brutal, illegal shot from a Clemson helmet that targeted his ribs. But like always and as expected, Fields declined to provide details about what was hurting him after the win over the Tigers and Ohio State coach Ryan Day did the same during his first press conference ahead of the massive matchup with Alabama next week.

“Yeah, I definitely expect him to play,” Day said on Monday. “But we don’t get into specifics on injuries.

“It was a pretty amazing performance. It was good the next day that actually his comment to me was that he felt better waking up in the morning than he expected. You know, we’ll keep working through the week and have a great week of preparation, get ready to play Monday night.” 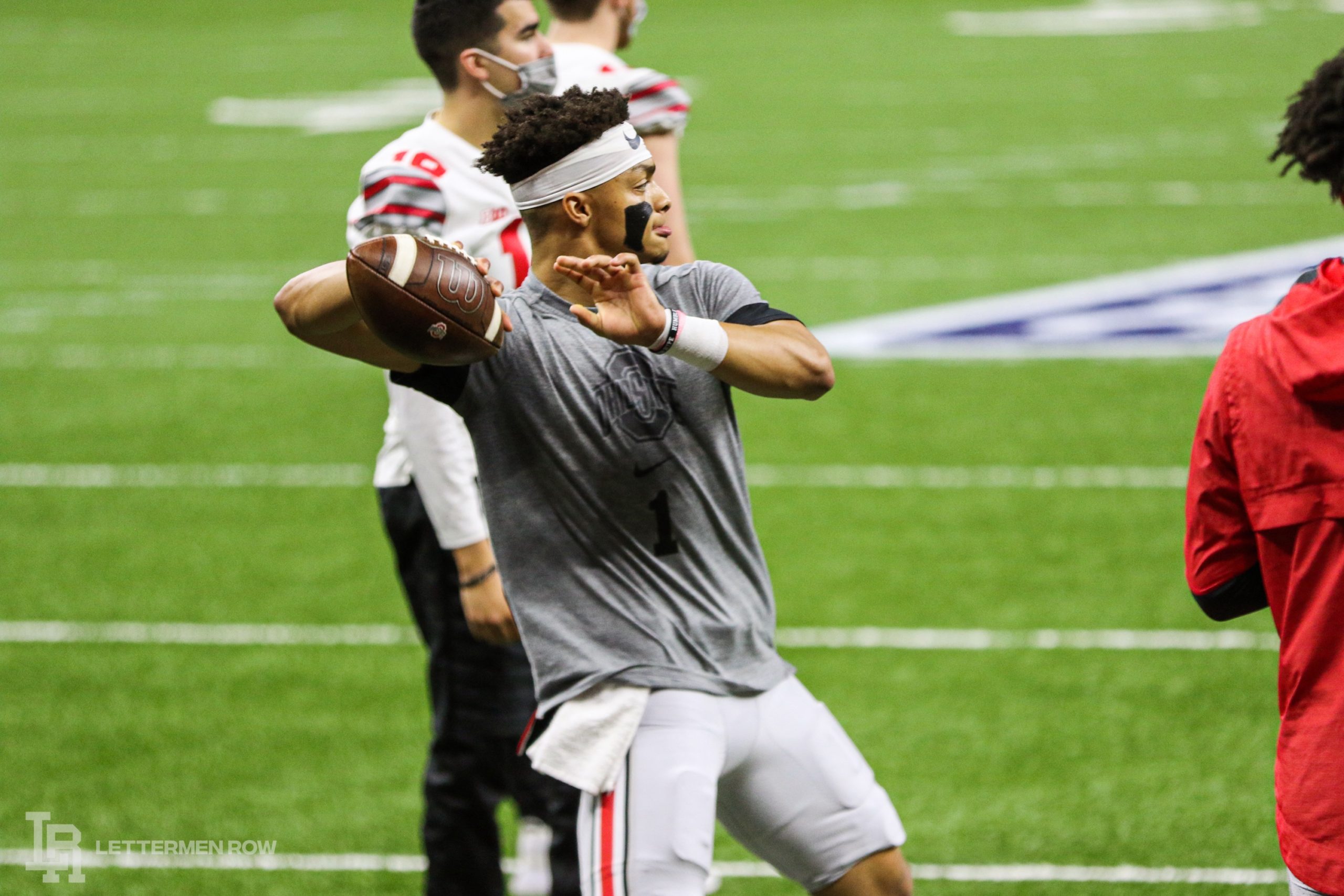 Fields earned some rest and maybe even a couple lighter practices coming out of a passing performance for the ages in the beatdown of Clemson, though at this point Day hasn’t indicated that Ohio State will change anything when it comes to structuring workouts for the junior this week.

If anything were to change, C.J. Stroud has emerged as the backup for the Buckeyes and has been the first guy off the bench whenever Justin Fields has required medical attention late in the season. But Ohio State actually seemed more confident in the quarterback’s ability to bounce back for the College Football Playoff championship than it even did when Fields was dealing with a thumb sprain coming out of the Big Ten title game.

“I think when you, first off, saw the way that Justin finished the game, it was remarkable,” Day said. “I thought that was one of the gutsiest performances I’ve ever seen in person.

“It was [treated] like any other situation [by the the team doctors]. It was certainly high profile to see it all go down, but I leave all that stuff up to our medical people who are the best in the country. Justin is such a competitive guy. He wasn’t going to come off the field, and that’s just the way he’s wired. You were going to have to pull him off the field.”

The pain certainly didn’t do much to slow down a dazzling passing performance against one of the best defenses in the country.

And it added to a growing legacy of toughness that was established a year ago in a similar situation when Fields popped out of the medical tent to throw a touchdown in The Game — much like he did against Clemson with a strike to Chris Olave that made it clear he wasn’t backing down.

“He’s a guy that’s come in, since Day One he’s been here he’s done everything that the coaches have asked of him,” three-time Ohio State captain Tuf Borland said. “Really built that trust and that respect of everyone in the program. You can go every week. He’s always battling something, and you guys saw it. It was one of the gutsiest performances from a player that I can remember in my time here.

“So, you can’t say enough good things about Justin, what he’s doing and what he means to this program.”

Maybe Justin Fields won’t be at full strength against Alabama. But Ohio State fully expects him in the lineup.