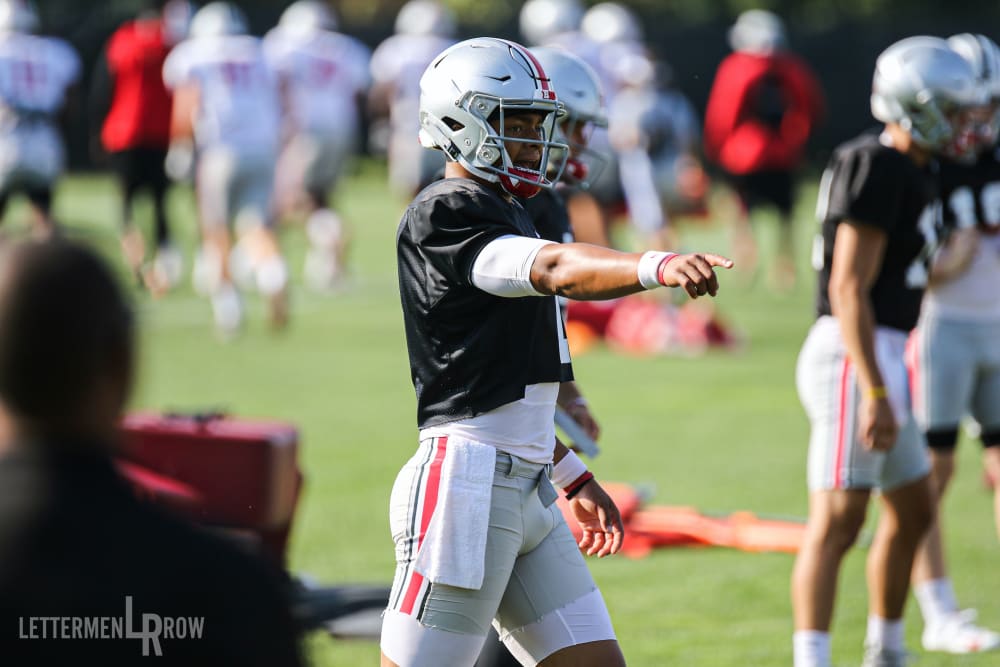 The speculation, debate and conversations about Ohio State never end, and Lettermen Row is always ready to dive into the discussions. All week long, senior writer Austin Ward will field topics about the Buckeyes submitted by readers and break down anything that’s on the minds of the Best Damn Fans in the Land. Have a question that needs to be tackled, like the one today about the Ohio State and the quarterback situation? Send it in right here — and check back daily for the answers.

At what point should we be concerned that no starter has been named? I get that it's most likely a motivating tool for Fields, but the quotes from Day were somewhat concerning Saturday from a fan's perspective.

There still isn’t a mystery about who is going to be the starting quarterback at Ohio State, even if Ryan Day still won’t name one after a week of training camp.

Justin Fields is going to be the guy for the Buckeyes. For all of the understandable conversation about there being a competition at the spot, the value of sending a message that everything must be earned and the decent job Gunnar Hoak has done since arriving for his first practices with Ohio State, Fields is clearly going to be given the keys to the attack at some point.

So, is there concern for the Buckeyes that it hasn’t happened yet? There shouldn’t be any, even if there might have been some rough patches early on for the offense. 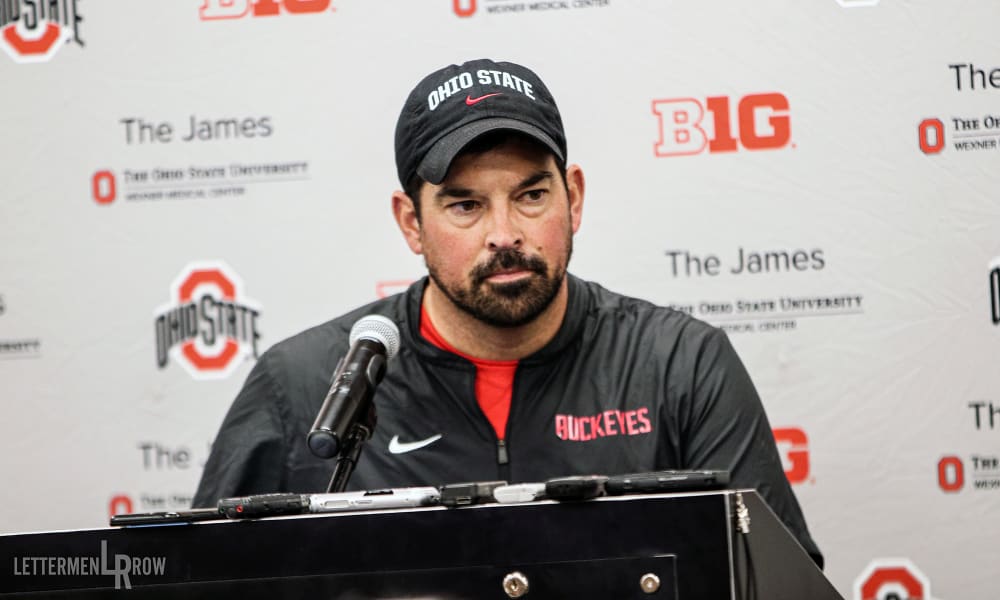 Some inconsistency early should have been anticipated since both Fields and Hoak are new to the system — and it’s also a reminder that the Silver Bullets have the potential to be pretty special this season and that plenty of quarterbacks are going to struggle against that pass rush and a loaded secondary. Day seemed to anticipate that all along, since he was roughly targeting the end of the second week of workouts to bring clarity to the depth chart.

“Yeah, I thought after today I’d have a better feel,” Day said after the scrimmage on Saturday. “Nobody went out there and won the job for sure. So again, still a work in progress.

“Hopefully at this time next week somebody steps up and wins the job.”

In all likelihood, Day is just looking to keep motivating Fields, fighting off any possibility of complacency and pushing him to zip through as many growing pains as possible this month to be ready to lead a national-title contender when the season begins.

But it’s also true that Day not making a call after Saturday’s scrimmage means Fields probably hasn’t just burst out of the gates on fire and nailing every throw. If he had, there wouldn’t be much value in keeping the battle open just for the sake of appearances. That perception might already exist for some since the entire college football world expects Fields to start on Aug. 31. The athleticism he’s showed so far, the throws he’s made and the leadership role he’s increasingly taking on during open portions of practice all validate that belief.

But Day has been quite purposeful in choosing this patient approach with his quarterbacks, and it helps set the tone with the rest of the Buckeyes. Spending the entire offseason stressing the value of competition and then ruling out Hoak after just one week might undercut his message in the locker room. And one way or another, the Kentucky transfer is going to be important for a program that is fully aware of the value of having the backups prepared to step in at a moment’s notice.

Perhaps this is also a situation where Gunnar Hoak deserves more credit for keeping the competition alive rather than assigning any blame to Justin Fields. Clearly Ohio State doesn’t have any real worries about Fields or it wouldn’t be sending him out to the BTN set after practice, putting his picture on the front of the school website or letting him work almost exclusively with the first-team offense.

Ohio State still might not be ready to make it official. But nothing has changed when it comes to the eventual outcome, and the first week of camp shouldn’t be cause for any concern.