Connect with us
Loading the player...
Ohio State safety Josh Proctor needs to take the next step for the Buckeyes. (Courtesy/Ohio State Dept. of Athletics)

COLUMBUS — The glimpses at greatness have already been there for Josh Proctor at Ohio State.

The athleticism was clear from the moment he arrived on campus. The ball-hawking ability has been flashed in live action with him flying around the secondary to break up passes or nab a jaw-dropping interception. His willingness to go deliver a hit will certainly never be questioned by anybody who watched the Big Ten championship, and Wisconsin quarterback Jack Coan surely won’t forget it.

So, the upside for Proctor remains enormous as the junior prepares for what could be a defining season for his career with the Buckeyes. But it’s the ability to tap into it more frequently that Ohio State truly needs as he steps into one of the most important positions on the defense, and he’s well aware of the importance after spending much of the offseason rewatching some clips of the Fiesta Bowl when he perhaps wasn’t at his best.

“For me, yes, that definitely stuck with me,” Proctor said before practice on Wednesday. “I go back and watch that game quite a bit, actually, because I feel like we should have won that game. It got away from us, and I think that really motivated me. 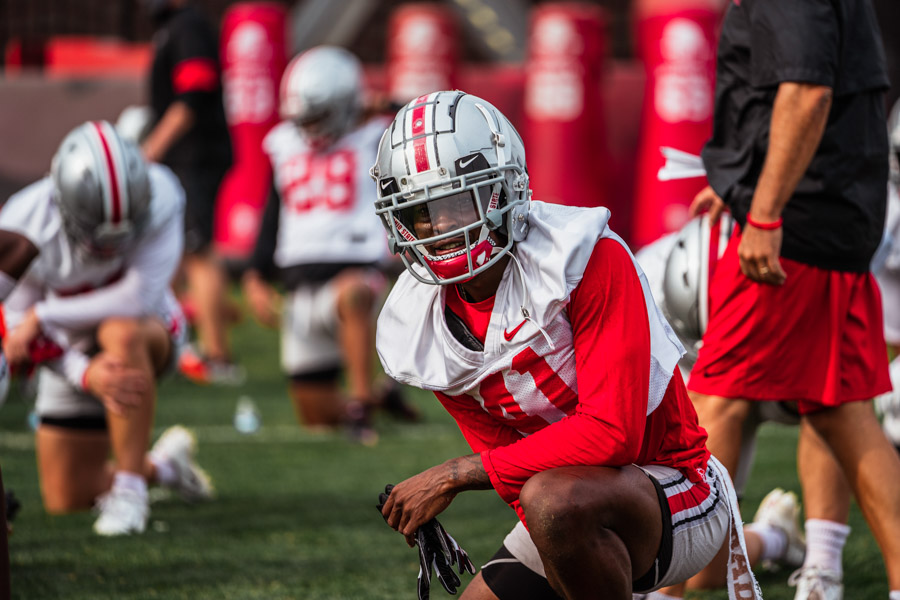 “I think it being my first time [in the College Football Playoff], you’re going to have those jitters. But all in all, I think the plays that I messed up on, it motivated me. It pushed me a little bit to prepare, to watch film more so I can notice plays before they come. … Just focusing on the little details. I think that was my biggest problem last year. I wanted to make that big play or just be in that moment all the time, and I can’t do that.”

Proctor has that experience to grow from now, and that should be a benefit moving forward as the season opener finally draws closer for the Buckeyes with Nebraska coming to the Horseshoe on Oct. 24. But it also really needs to be a turning point for the Oklahoma native now that Jordan Fuller is no longer around to be the leader of that unit.

Fuller was always widely praised for his impact on and off the field during his three-year run in the starting lineup for the Buckeyes. But the appreciation for his steady, reliable work and leadership has only grown now that the program has to replace it with him off doing the same thing in the NFL. Proctor has been tabbed as the heir apparent for two years, and it certainly helps that he’s spent that time in an understudy role behind Fuller — and occasionally alongside him in the secondary. And while it’s possible that Ohio State might also rely on Marcus Hooker to fill those big shoes for the Buckeyes, there’s really no question that the expectations have always been higher for Josh Proctor.

“We’ve got to continue to build small victories and put one good day in front of another.”

After spending more than a few days over the last nine months reliving the last time he was in a game, Proctor only has a little more than a week left before he’s got a chance to show that he’s ready for a bigger role.

If the Buckeyes are going to get back to the College Football Playoff, it’s a safe bet that Proctor is going to need to play a big role in a defensive backfield that has been almost entirely revamped. And he’s certainly aware of the opportunity ahead of him.

“I want to prove that basically that I’m here and that my name will be a household name here,” Proctor said. “That’s what I want to prove. Like coach said, it’s just about being more consistent and improving as a player.

“To me, that means to focus on the little details.”

If Josh Proctor can handle those, the payoff for him and the Buckeyes should be far bigger.

Ohio State safeties coach and special teams coordinator Matt Barnes was joined by defensive backs Josh Proctor and Marcus Hooker, punter Drue Chrisman and kicker Blake Haubeil for a media availability before practice on Wednesday. The full comments are available below, and all Buckeyes press conferences can be streamed live on the Lettermen Row YouTube channel.