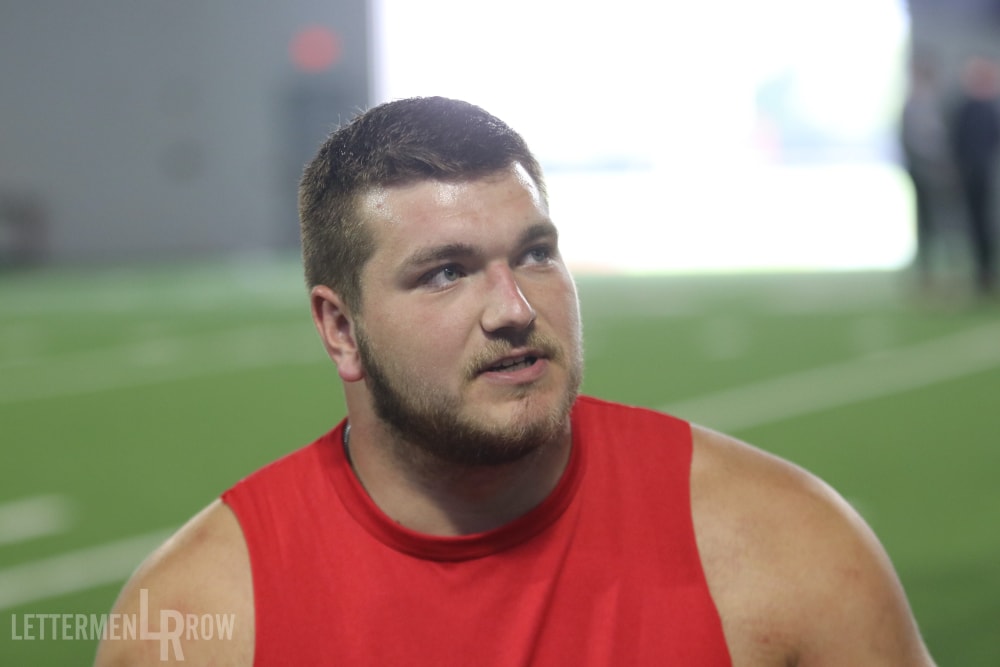 COLUMBUS — Josh Myers usually is quite amiable, but occasionally he runs a little hot.

Or as the Ohio State center puts it: “I’ve had some struggles with heat in the past.”

It’s not about losing his temper. It’s about dealing with the high heat of August in preseason practices — especially this torrid year.

But Myers hasn’t had to drop out of the work line, where he is holding sway with the rest of the first-team unit. He’s simply had to step back and get a hookup from the team’s associate director of strength and conditioning Phil Matusz.

Like the other day – Matusz stood by with a small wagon upon which was loaded a mini-generator and what appeared to be a chest filled with dry ice through which ran tubes attached to an air pump. As Myers took a knee, Matusz rolled up up behind, plugged in the tubes and relief commenced.

“There are like these little pockets Velcroed to the inside of my shoulder pads on the chest and back, and it’s pumping cold air in there” said the 6-foot-5, 310-pound Myers.

That’s long been the area of heat and humidity buildup for players, especially the big fellows. The gizmo used by Ohio State to fight it is not revolutionary, since similar machines have been employed for at least 15 years by high school, college and NFL teams acround the country, especially in the south.

But it’s another example of how the “just tough it out” days of a couple decades ago have been replaced not only by caution, but also by treatment on the spot to keep players’ core temperatures below the critical 104-degree level in the dog days of camp.

“It cools me down,” Myers said of the Ohio State machine.

He said the team’s head trainer Shaun Barnhouse and assistant Adam Stewart are among those he has to thank for the assist. 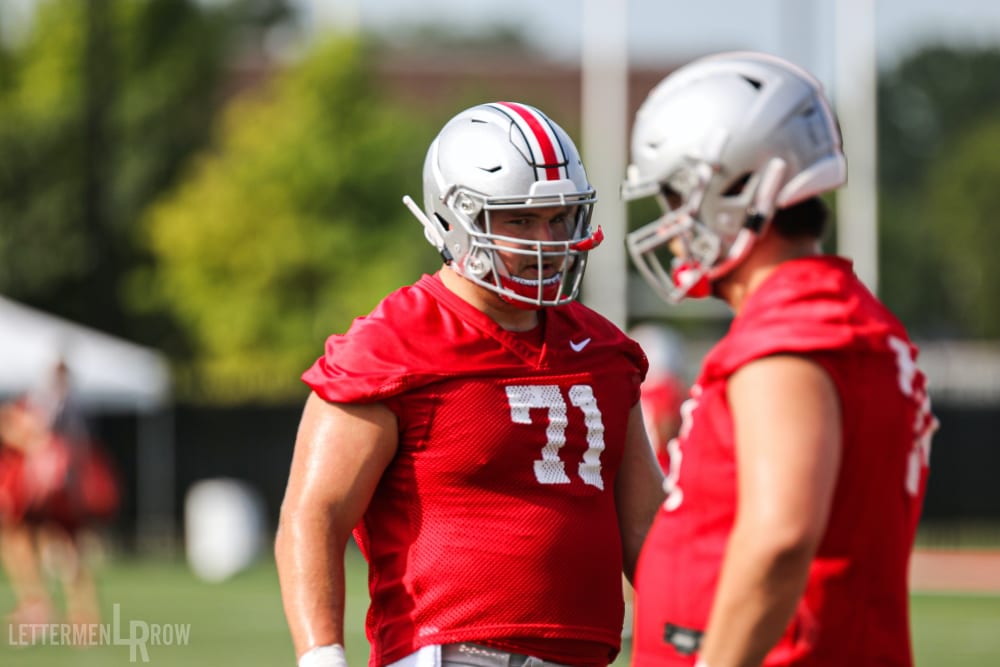 Ohio State has high hopes for Josh Myers as the anchor of the offensive line. (Birm/Lettermen Row)

“I really appreciate how our trainers have done such a good job of being proactive about it,” Myers said. “Instead of letting something happen and ending up in the hospital with heat exhaustion or something, they’re being proactive and really trying to help me before. That means a lot to me as a player.”

Climatically speaking, a football season runs the gamut, from the high heat of August training camp to what can be blustery, cold, sometimes snowy weather in November on into the postseason December practices for playoffs and/or bowl games. Of course, Ohio State has the heated Woody Hayes Athletic Center indoor field upon which to work during the worst of the cold, but it’s not air conditioned, so preseason practices are almost exclusively outdoors except for inclement weather.

“I would probably rather play in snow every day for like five months than in the scorching heat,” Myers said.

But now he has technology to help keep him from running hot.