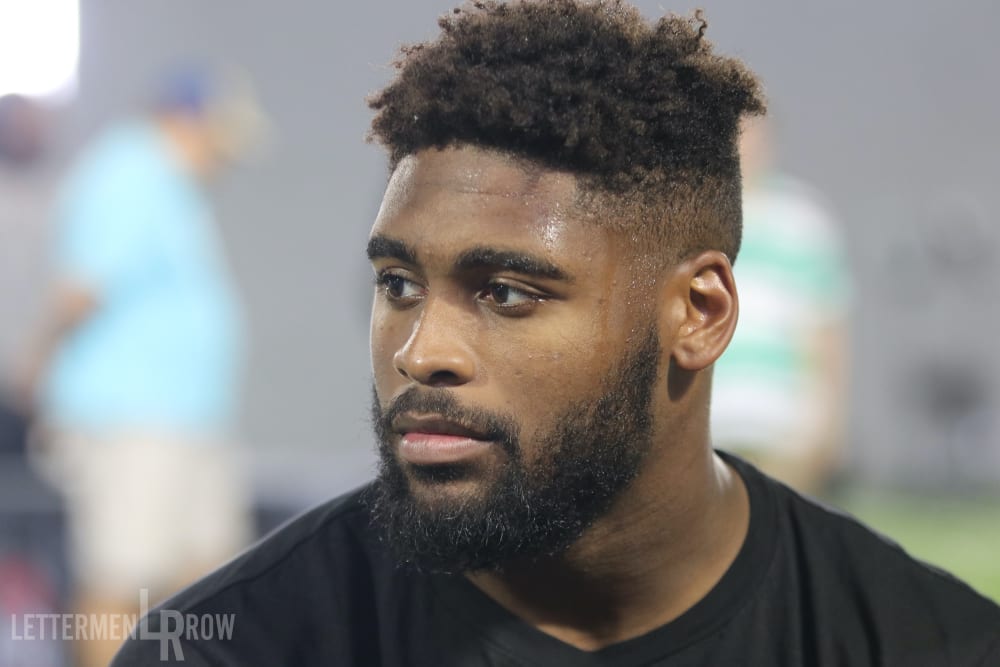 The speculation, debate and conversations about Ohio State never end, and Lettermen Row is always ready to dive into the discussions. All week long, senior writer Austin Ward will field topics about the Buckeyes submitted by readers and break down anything that’s on the minds of the Best Damn Fans in the Land. Have a question that needs to be tackled, like the one today about the Ohio State and the likely absence of Jonathon Cooper due to injury? Send it in right here — and check back daily for the answers.

The complete unavailability report will be released by Ohio State coach Ryan Day on Friday, but it’s already safe to assume that Jonathon Cooper will have his name on it.

Multiple sources have confirmed to Lettermen Row that the senior captain had a minor medical procedure performed to address what appears to be a high-ankle sprain. And while the Buckeyes aren’t confirming it, the conversation over the last few days at the Woody Hayes Athletic Center certainly suggests that the defensive end could be dealing with the injury for the first couple games.

What does that mean for the Rushmen? An early test for what appears to be one of the deepest units in the country and a little bit of pressure on some young pass-rushers to help take the load off the shoulders of Chase Young. 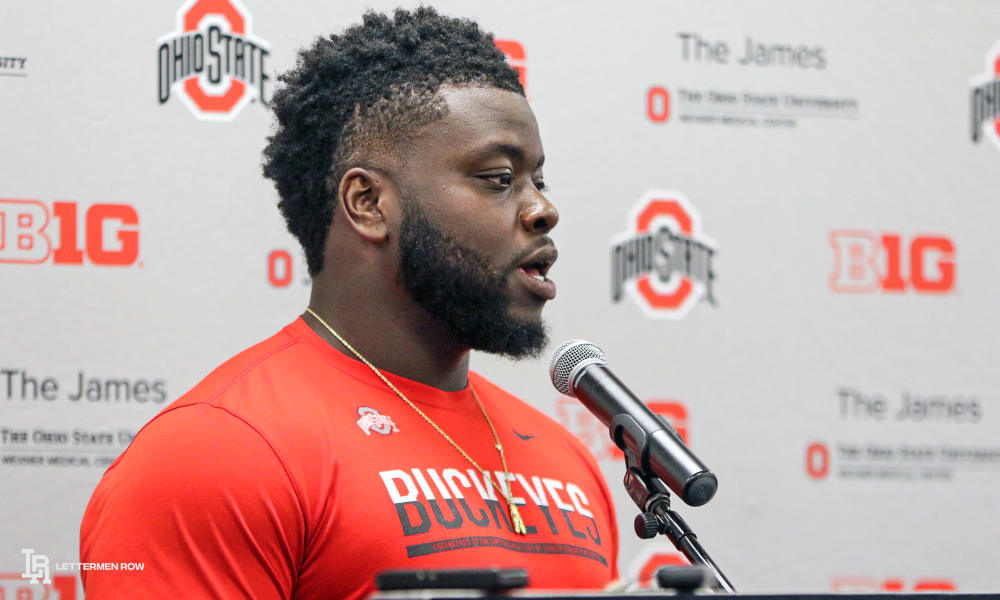 Ohio State defensive lineman Robert Landers said it would be “next man up” if Jonathon Cooper is out. (Birm/Lettermen Row)

“Guys have to step up all the way across the board and try to fill that void of him not being there until I don’t know when.”

The Buckeyes obviously have options to pick up that slack, and it might even be somewhat fortunate that they’re dealing with this issue now instead of later in September or into the month of October. Florida Atlantic is a decent test for the rebuilt Ohio State defense, but all things considered, the first four weeks all represent opportunities where it should be able to survive without him on the opposite side of Young.

It’s possible that Young might wind up seeing more snaps than anticipated without his veteran sidekick. But Ohio State was always planning to rotate at defensive end anyway, so guys like Tyler Friday, Tyreke Smith, Javontae Jean-Baptiste and Zach Harrison needed to be ready for the opener anyway.

But the urgency figures to be different. And the workload could also be more meaningful than originally expected — though that might come with the added benefit of making the Buckeyes even stronger down the road thanks to the extra experience for those talented young guys.

“In terms of defensive end? Obviously Chase is there and Javontae Jean-Baptiste has come along,” Day said. “Zach Harrison will play this year. He’s ready at the beginning of his career, he’s got a huge ceiling and the more he plays the better he’ll get. And you have Tyreke Smith and Tyler Friday as well. Jashon Cornell can go inside or outside.

“I feel decent about the depth there. I think we’re maybe a little deeper inside, but I feel strong.”

Considering how well the Buckeyes have recruited and the fact that it’s still Larry Johnson in charge of that unit, there’s obviously no reason to panic. And there have been no indications that Cooper’s issue is something that will keep him out for an extended period of time.

But heading into the season, Ohio State is already facing the kind of challenge that championship teams must handle. How the Buckeyes respond if they’re missing a captain to start the season will quickly give a glimpse at what they’re made of up front.