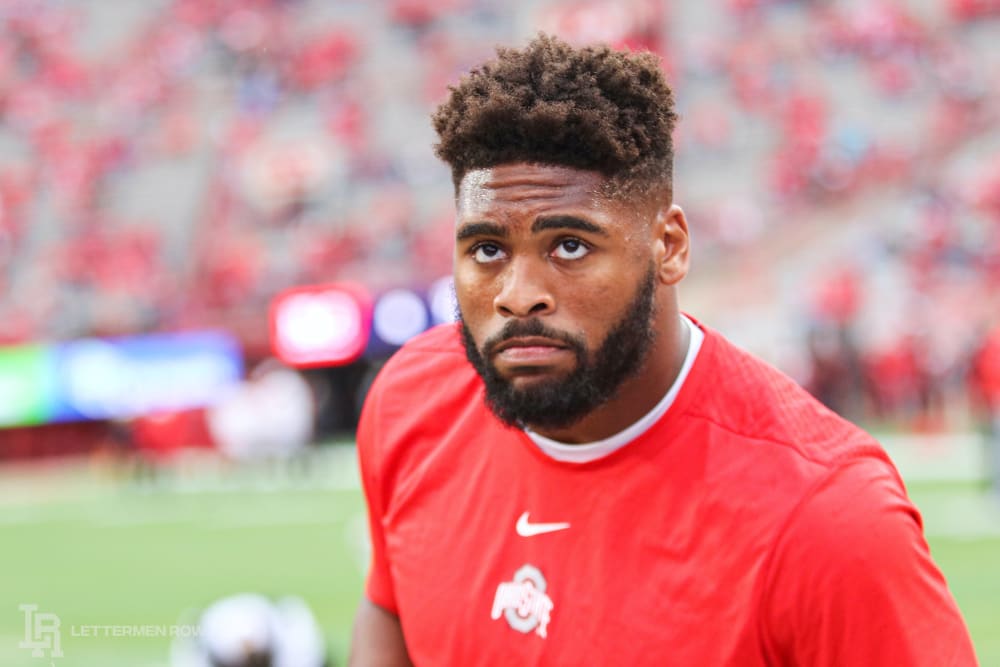 COLUMBUS — Jonathon Cooper didn’t get the senior season he wanted, so he’s taking a do-over at Ohio State.

Returning for another year and using a redshirt was certainly not on the mind of the defensive end when he reported to training camp. The captain had high expectations both personally and for the Buckeyes back in August as he prepared for a starting role for the vaunted Rushmen on a national-title contender — though that plan was sidetracked by a painful high-ankle sprain midway through preseason practice.

As the injury continued to linger and the season progressed to what was supposed to be his final game at the Horseshoe, Cooper started strongly considering the possibility knowing he still hadn’t played four times yet and had the option to come back for a fifth season. The decision was made ahead of Saturday’s huge matchup with Penn State that Cooper wouldn’t participate in the senior festivities, instead saving that tribute for next year.

“It was extremely difficult, and I struggled with the decision, honestly,” Cooper told Lettermen Row. “But I made it because I feel like it’s what is best for me, my family and the team to give myself the best opportunity to live my dream. Also, I know how good of a player I am, and I want to show that.”

“Part of the reason why this decision was so difficult is the love I have for my brothers and this team. You see me on the sidelines and everything I mean to this team even without playing, that means this season hasn’t felt like a waste to me. It’s still about the team and the Buckeyes, and as badly as I want to be out there with them, I’m still here for them in any way they need.”

Ohio State can still call on him once more on the field this year, which sets up a fascinating subplot for Cooper during the postseason — assuming he doesn’t use that opportunity against Penn State, since he was listed as available by the program on Friday.

That’s just one intriguing angle with Cooper moving forward. And Lettermen Row is breaking down what all it means for him and the Buckeyes now that a new plan has been made for his future. 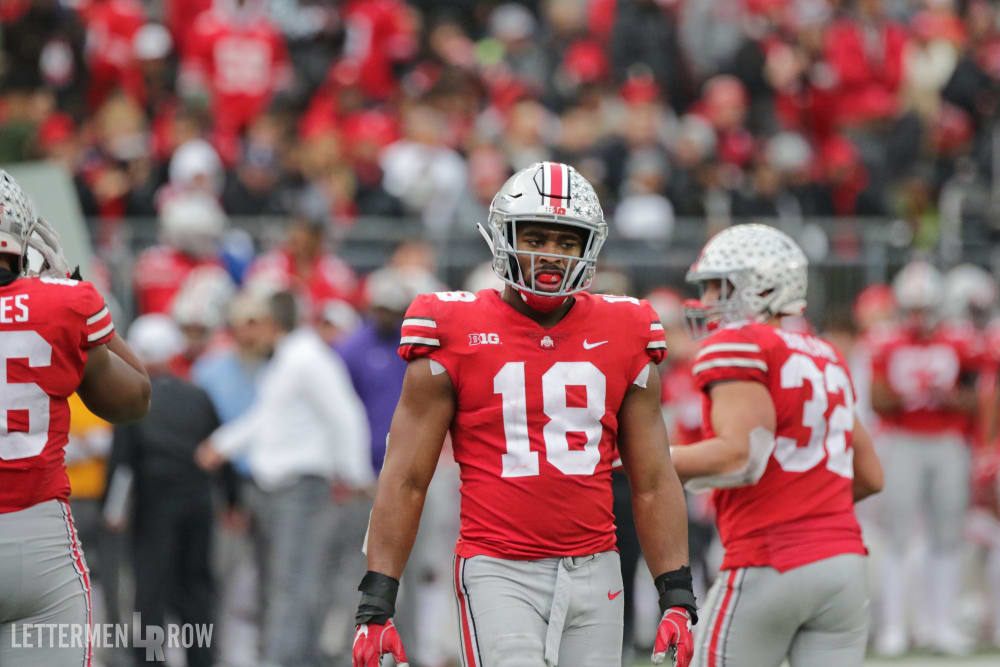 Jonathon Cooper gets to boost draft stock with Buckeyes

The former five-star recruit needed a little time to develop, but his physical growth, technical improvement under position coach Larry Johnson and experience were all trending toward a productive senior season that would have solidified Cooper as an NFL Draft pick. Whether Cooper had tried to gut through the ankle injury for the rest of year or not, there’s a possibility he still might not have been fully healthy in time for the Combine or the on-campus Pro Day workouts next spring given how difficult it’s been for him to shake the issue. In that case, Cooper’s stock would have certainly suffered next spring and it’s hard to know exactly when or if he would have come off the board in that scenario. But now Cooper is giving himself a chance to get back to 100 percent and truly show what he can do, and that should only help him — especially considering the track record of success for fifth-year seniors at Ohio State.

The program obviously wants its players to reach their dreams and goals, so it will certainly share in the disappointment with Cooper after watching him fight through the injury and miss out on the sendoff he envisioned this season. But now that he’s officially on board with another year, it’s virtually impossible to find any downside for Ohio State moving forward. The Buckeyes are getting a respected captain back to help lead a younger defense that will be probably be replacing seven starters. The defensive line is getting a proven commodity in the Big Ten back to bolster the pass rush after Chase Young inevitably turns pro. And Ohio State has a model citizen to keep representing the program as a spokesman outside of the locker room. For the Buckeyes, that’s a massive win. 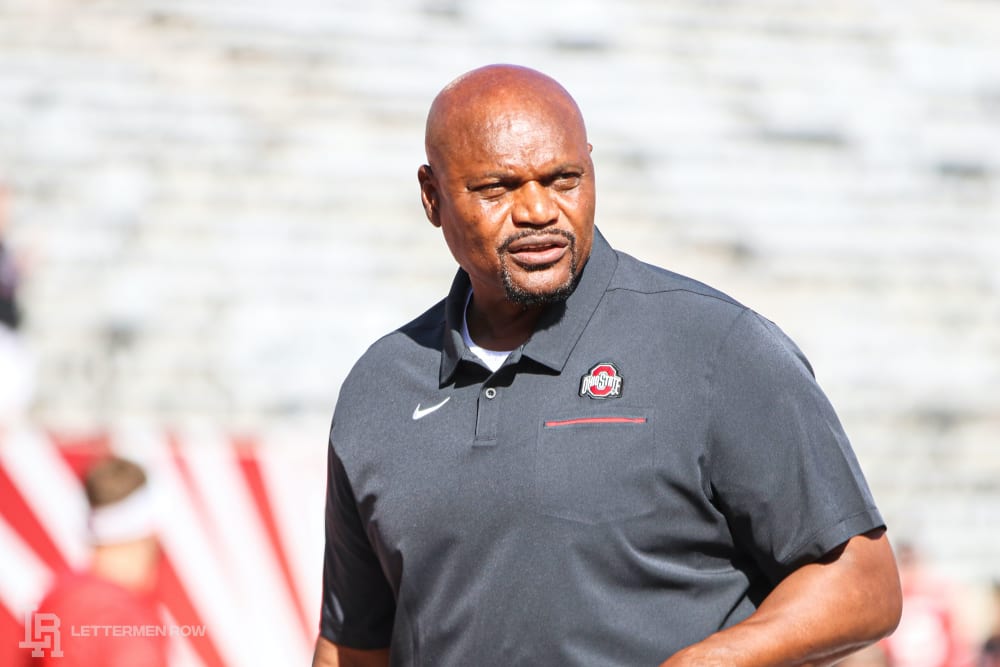 Ohio State defensive line coach Larry Johnson will get to work with Jonathon Cooper for another year. (Birm/Lettermen Row)

After making the decision now before he actually played in a fourth game, Ohio State still has the chance to use Cooper once more if necessary. It’s not likely the Buckeyes would do it against Penn State now that Chase Young is returning to the lineup, and they win the East, there would be no upside in a lower-stakes version of The Game next week at Michigan. From there, though, the Buckeyes could pick a spot in the postseason where they could put Cooper back in the mix — either in the Big Ten title game, or more likely, in the College Football Playoff. Cooper was in pads again at practice this week, so even if there might be rust, he should still be able to contribute if the Buckeyes need him. It would be truly fascinating to see if what would happen if Ohio State earns a spot in the semifinal. Would Cooper play then — or hold him out for a potential national-title game roster bonus?

The numbers are getting tight as the early signing period draws closer for the Buckeyes, who for months seemed like they would be solidly in the market to add an edge rusher to a defensive line haul that currently includes commitments from Darrion Henry, Jacolbe Cowan and Ty Hamilton. There were signs earlier this week when Cade Stover moved down to defensive end that maybe Ohio State was shifting priorities for this class, and Cooper’s return would appear to further diminish the need to use one of the final spots on a defensive end. The talent at the position in the current recruiting cycle isn’t considered to be all that impressive or deep, but Ohio State is in a position now where it wouldn’t be pressed into taking a recruit it doesn’t truly want just to fill a need. In the short term, having Cooper back is a no-brainer — but along with Stover’s transition, the Buckeyes might have bought a little time for the long-run outlook at the position as well.