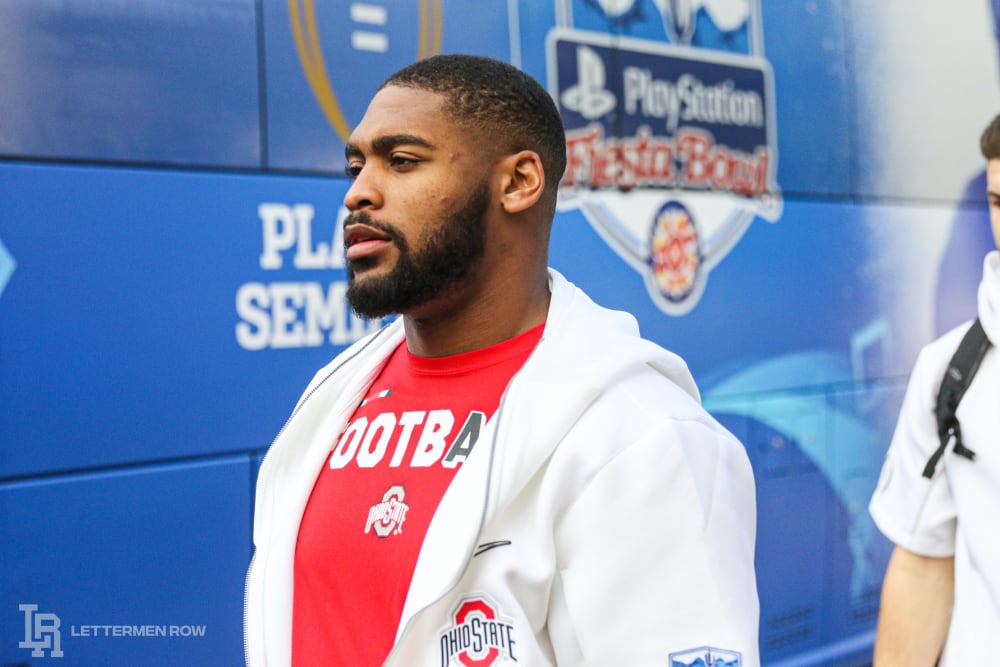 The speculation, debate and conversations about Ohio State never end, and Lettermen Row is always ready to dive into the discussions. All week long, senior writer Austin Ward will field topics about the Buckeyes submitted by readers and break down anything that’s on the minds of the Best Damn Fans in the Land. Have a question that needs to be tackled, like the one today about Ohio State and Jonathon Cooper? Send it in right here — and check back daily for the answers.

Who is The Ohio State defensive player most likely to make a Damon Arnette type jump into the first round?

Neither player really wanted to come back, and the circumstances aren’t exactly the same.

But if there’s a player who fits the profile and can utilize the same blueprint as Damon Arnette heading into an unexpected extra season at Ohio State, Jonathon Cooper is the guy.

Arnette was healthy when he was making his decision on when to go pro after the 2018 season, and he actually had a foot out the door as he left for Texas to train and enter his name in the NFL Draft. He likely would have been selected, but he realized there was more work to be done and potentially a much bigger payoff down the road if he came back to the Buckeyes as a veteran leader looking to take another step individually.

Cooper obviously was injured last year, and that made the thought process much different for him as he also weighed his options. The nagging high-ankle sprain robbed him of his chance to put what was shaping up to be a productive senior campaign on film. And while he still may have been picked last week by a team, he’s got a chance to shoot up draft boards when he’s full speed again this season. 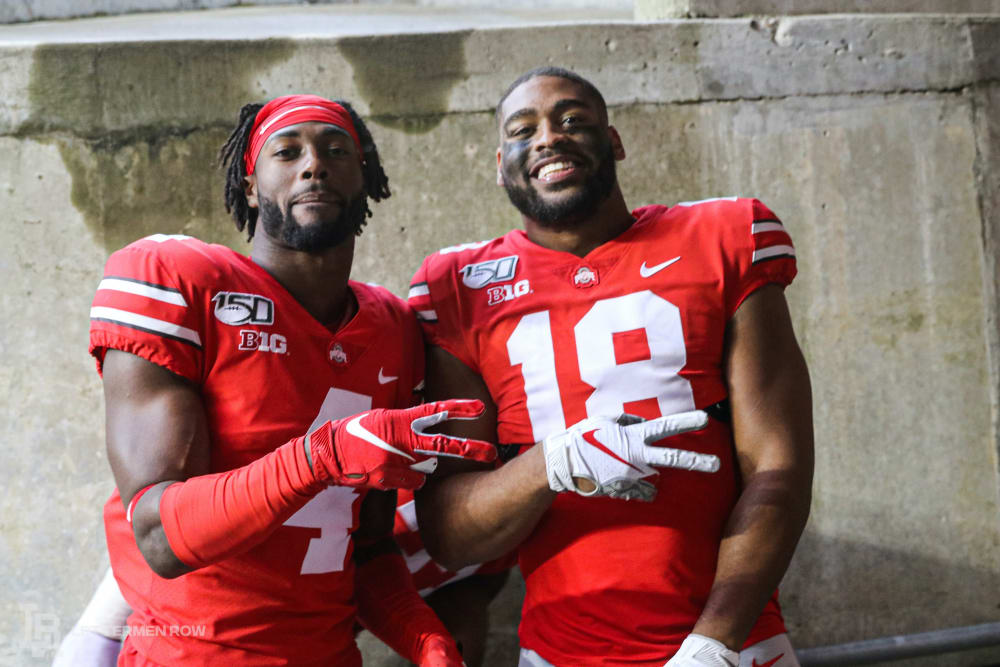 Ohio State captain Jonathon Cooper was planning to be in the NFL Draft with his buddy Jordan Fuller. (Birm/Lettermen Row)

So, the situations aren’t identical. But Cooper checks a few of the same boxes as a fifth-year senior playing for one of the best position coaches in America with all the motivation in the world to prove that he’s capable of being a game-changing defender and worthy of an early-round draft pick.

“It was extremely difficult, and I struggled with the decision, honestly,” Cooper told Lettermen Row last season. “But I made it because I feel like it’s what is best for me, my family and the team to give myself the best opportunity to live my dream. Also, I know how good of a player I am, and I want to show that.”

“Part of the reason why this decision was so difficult is the love I have for my brothers and this team. You see me on the sidelines and everything I mean to this team even without playing, that means this season hasn’t felt like a waste to me. It’s still about the team and the Buckeyes, and as badly as I want to be out there with them, I’m still here for them in any way they need.”

Cooper’s leadership has never been questioned, and he’ll get rave reviews from former teammates already in the NFL and the Ohio State coaching staff when teams start digging into their research on him next spring. His physical tools have also been apparent for years dating to his five-star recruitment. Even with the pandemic providing a bit of a hurdle now, Cooper will eventually have the chance to get back to work with Mickey Marotti and keep developing his strength and speed. Just about the only thing missing during his career so far has been the chance to get a heavier workload and pile up sacks, though everybody who saw Cooper before the injury expected that to happen last season.

Instead, Jonathon Cooper is on a different path. But it might take him on the same kind of successful journey Damon Arnette took to the NFL Draft.