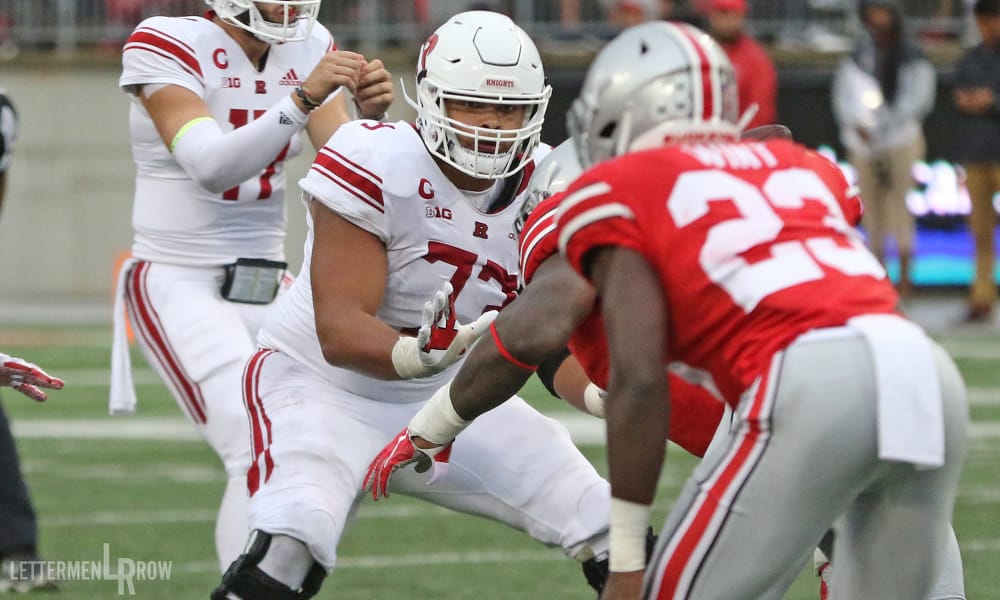 Former Rutgers guard Jonah Jackson could wind up playing for Ohio State instead of against the Buckeyes. (Birm/Lettermen Row)

The speculation, debate and conversations about Ohio State never end, and Lettermen Row is always ready to dive into the discussions. All week long, senior writer Austin Ward will field topics on Ryan Day and the Buckeyes submitted by readers and break down anything that’s on the minds of the Best Damn Fans in the Land. Have a question that needs to be tackled, like the one today about Ohio State offensive linemen and Jonah Jackson? Send it in right here — and check back daily for the answers.

Do you think Ohio State will just bank the extra scholarships if they can’t land any offensive lineman on Wednesday?

One way or another, Ohio State is absolutely going to need to bring in at least one offensive lineman who can immediately help the program. The Buckeyes can’t afford to just wait around for next season and leave all the spots currently being offered to the last three recruits left on the board unused if they happen to strike out with Doug Nester, Enokk Vimahi and Dawand Jones.

As far as predictions go, that’s better left to our resident recruiting guru, Jeremy Birmingham. The Buckeyes aren’t likely to turn around and take any other signees during this cycle if they miss out entirely on that trio. But it’s safe to assume that no matter what, Ohio State will remain active in the search for a graduate-transfer to bolster the depth of what is currently a thin, inexperienced unit — albeit one with a tremendous amount of potential with the starting group.

The Buckeyes may have taken a big step in that regard over the weekend with former Rutgers captain Jonah Jackson visiting campus, a sign that the mutual interest may be heating up between a guy with two years of starting experience in the Big Ten and a program that could use another veteran blocker. 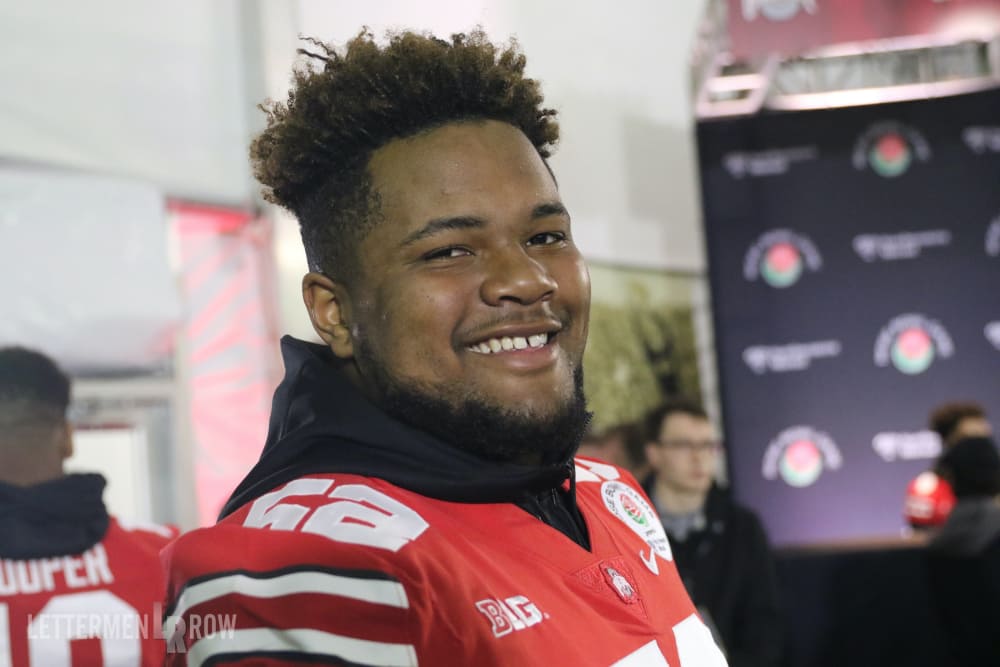 Ohio State has seen what Wyatt Davis can do at one guard spot. (Birm/Lettermen Row)

For all of the struggles Rutgers has endured in the East Division since joining the conference, the offensive line has actually held up reasonably well at times — most notably in terms of pass protection. Jackson has played a pivotal role in that area, first as a center and then as an honorable mention All-Big Ten performer last year at guard. That versatility to play any of the roles on the interior, his familiarity in some respects with the way the program operates thanks to his time playing for former Ohio State assistant Chris Ash and his maturity makes Jackson one of the most coveted options in the transfer database right now.

The Buckeyes will still have to fend off other high-profile suitors like Oklahoma and potentially Alabama. But if they do, Jackson would go down as another truly significant addition for coach Ryan Day — and he could wind up in the starting rotation right away.

The competition is down the road a bit still, but with the Buckeyes needing to replace four full-time starters, the opportunity to contribute for Jackson will certainly be real. Wyatt Davis isn’t going to budge from one guard spot and Josh Myers is expected to take over the center role, but that still potentially leaves a hole to fill depending on what all shakes out in the battle at right tackle.

If the Buckeyes can fill it with Jonah Jackson, that would absolutely be a scholarship well spent.