It’s probably a safer bet that he won’t when it comes to piling up catches or altering the philosophy of the offense, even though it’s clear he’s got the physical tools and natural ability to do it.

But like the other tight ends who have signed with the Buckeyes before him, Royer didn’t commit to the program because he was chasing individual numbers. There is a bigger picture that keeps drawing players of his caliber at that position to Ohio State — and it doesn’t hurt that relatively modest statistics isn’t slowing down the NFL pipeline at tight end any.

“The more I thought about it, I realized it was the best opportunity for me as a player and a person with academics and those things,” Royer told Lettermen Row when he committed. “I loved everything about it, from the coaches, players, the tradition and everything that goes into being a Buckeye. The decision was a little tougher than I thought, but I believe this is home for me. 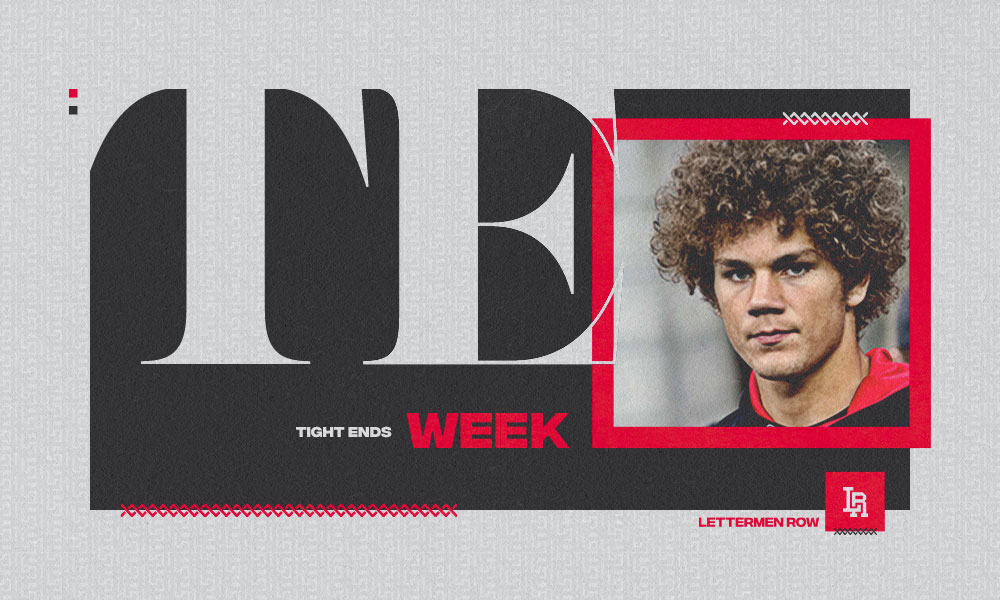 The next level after Ohio State is a few years down the road, so that certainly isn’t Royer’s focus now ahead of his first training camp as a freshman. But with his 6-foot-5 frame, undeniable ball skills and the chance to get molded in the weight room by strength coach Mickey Marotti, the Cincinnati Elder product will have every opportunity to live up to his four-star status with the Buckeyes.

Another safe bet? Ohio State won’t rush Royer into the lineup given all the veterans already on hand at the position, and a redshirt season and patient approach to his development should only be a positive for both parties. That work is underway now, though, and Royer will be an intriguing prospect to watch over the next couple years.

What made Joe Royer so appealing to Ohio State as a recruit? What can the four-star prospect become at tight end for the Buckeyes? When might he start having an impact on the field for the program? Former Ohio State and NFL tight end Jake Stoneburner was back in the film lab looking at highlights and trying to answer those questions in the latest episode of BuckIQ.