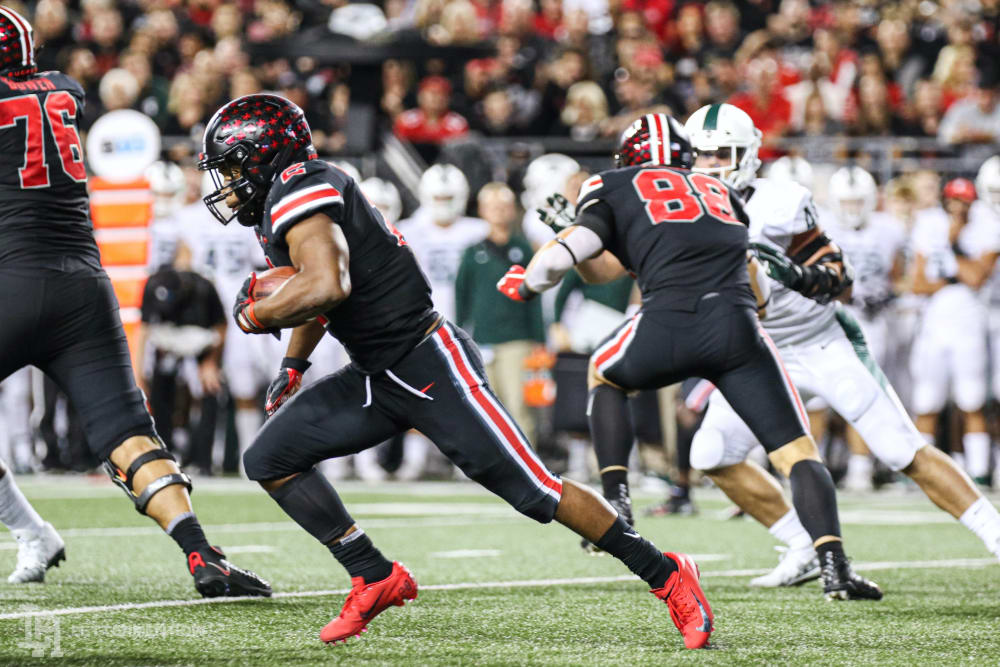 COLUMBUS — Sunday pop quiz: Name the man with the most yards rushing in the Big Ten at this moment.

For those who went with the talented and much ballyhooed Jonathan Taylor of Wisconsin – waaahhh! Wrong.

For those who blurted J.K. Dobbins, pat yourself on the back.

The Ohio State junior, who put himself in the best shape of life in the offseason and vowed to have a bounce back from what he called a “failure” (but was still a 1,000-yard season of a year ago), zoomed to the lead on Saturday night in a 34-10 win over No. 25 Michigan State. His 172-yard rushing game, his fourth of the season with 141 or more, boosted him to 826 for the year, which ranks second in the nation behind Oklahoma State’s Chuba Hubbard.

Taylor is fourth nationally at 745. To be fair, he has played in one fewer game to date than Dobbins or Hubbard. But to be realistic, no future yardage is a certainty for any involved.

Besides, the point is Dobbins is delivering on his promise to be more of a factor for the Buckeyes this season.

“I just feel like I’ve got my step back,” Dobbins said late Saturday night. 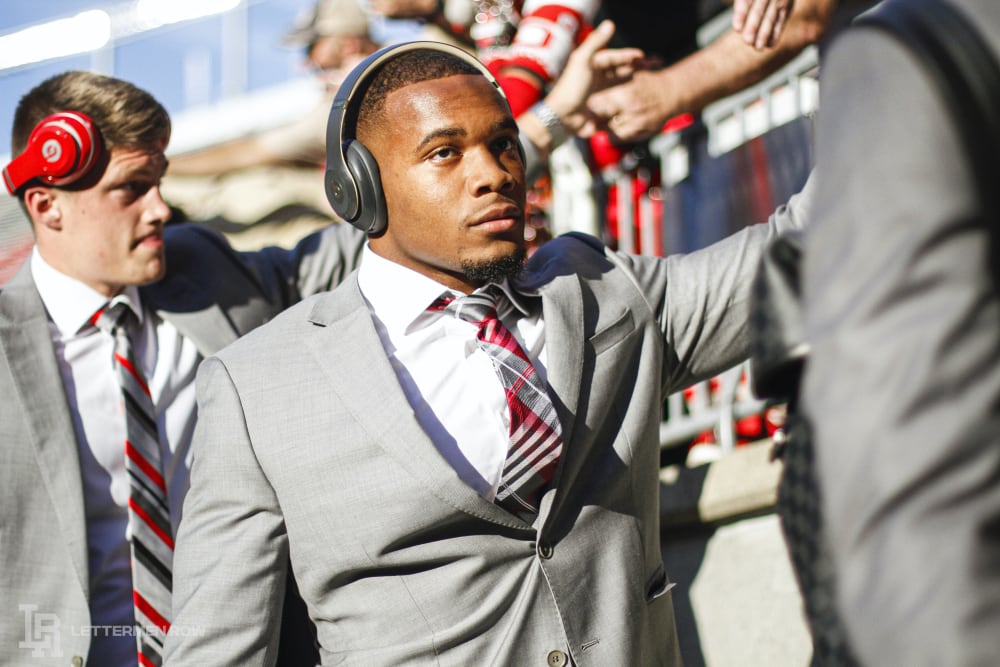 Ohio State tailback J.K. Dobbins has been one of the most productive rushers in the nation this season. (Birm/Lettermen Row)

Case in point: Michigan State presented the prolific Ohio State offense its toughest nut to crack so far this season. The Spartans entered with the nation’s fourth-ranked defense against the run (55.8-yard average). Dobbins cleared that on one carry alone, breaking loose for a 67-yard touchdown run in the second quarter behind key blocks from center Josh Myers, right guard Wyatt Davis, right tackle Branden Bowen and receiver K.J. Hill. That gave Ohio State a comfortable cushion with a 24-10 lead — and it propelled them toward 323 rushing yards for the game.

“That was a home run hit right there that I think really changed the game,” Buckeyes coach Ryan Day said. “Up to that point, we started to get it going a little bit. But that kind of shifted and turned it into I think almost a 300-yard [second] quarter. And anytime you can hit home runs like that in the run game, boy, it’s a huge one.”

It was the finish, the last 30 yards, that made it special. There seemed to be no slowing from Dobbins, who now has had a couple of such runs, something he’d vowed to be different during his junior campaign. Michigan State safety Josiah Scott was the only one who had a shot at him after he broke into the second level, but Scott simply took a swing at trying to knock loose the ball rather than dive in for a tackle attempt.

He fell harmlessly in Dobbins’ wake at the 19-yard line.

“I thought he swung at my legs,” Dobbins said, betraying his fixation on getting to the end zone regardless.

That is the focus he has shown through this season thus far, one that might be garnering more attention nationwide if had a few more touchdowns than his still respectable seven (including one scoring catch). But he and Taylor are almost even in average yards per carry, Taylor at 7.2 yards on his 103 attempts and Dobbins at 7.1 yard on his 116, with Hubbard averaging 6.75 yard on his 162.

More to the point about Dobbins, though, he averaged 7.2 yards per carry through his freshman school-record 1,403-yard season in 2017, only to see that fall off to a 4.6 average last year in a 1,053-yard season. The 67-yard romp through the heart of the Michigan State defense was evidence again that the La Grange, Texas, native is back on the beam.

“Last year just wasn’t me,” Dobbins said. “Now that I’ve got my body right, you see me finish runs, you see the speed that I had when I was in high school.”