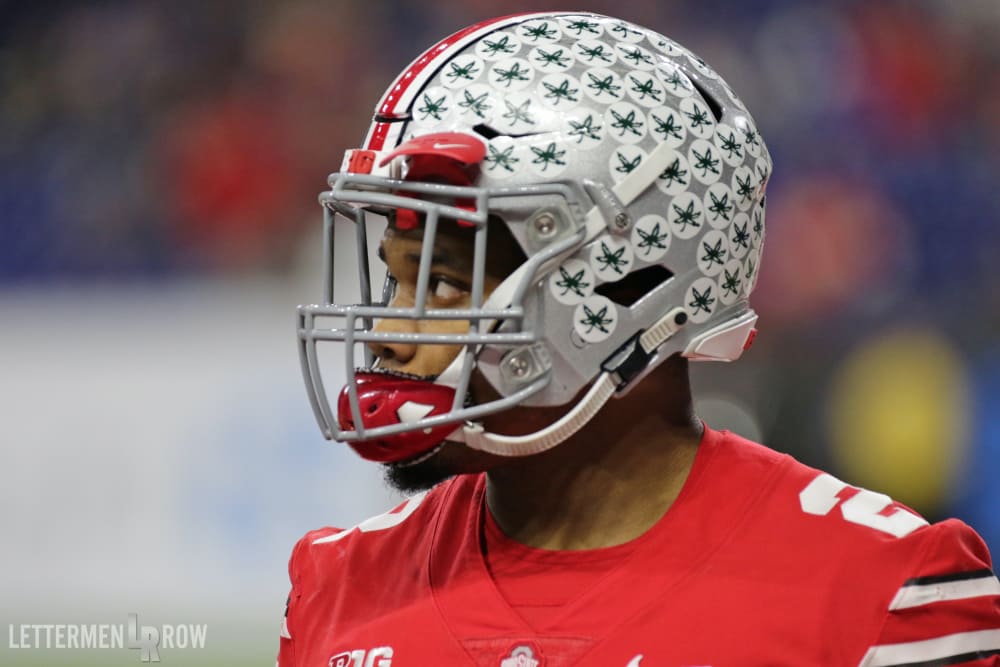 Ohio State tailback J.K. Dobbins considered last season a failure and is motivated to turn it around. (Birm/Lettermen Row)

He’s leaner, but not lighter.

He’s perhaps a little meaner, and he thinks mightier.

Going on three years as an Ohio State running back, the junior believes the changes he’s made will produce results. That starts with the physical refinements — supervised by football performance coordinator Mickey Marotti. And includes the new requirements – he’s the leader of the pack in running backs’ room, no doubt about it.

Dobbins is looking for a return to form. Ohio State fans remember that form.

It was seen for the first time when, straight out of La Grange, Texas, he burst onto the scene as a hurried freshman starter in the prime-time season opener at Indiana back in 2017. Dobbins put on display that featured a perpetual forward lean augmented by a dazzling jump-cut that often saw him spring out of would-be tackles then sprint away, romping to 181 yards that night on the way to an Ohio State freshman-record 1,403 for the season.

That’s sort of the way he wants to feel and the video he wants to see of himself this season after spending last year as in essence the co-starter with Mike Weber. Sharing carries, Dobbins often found himself swinging for the fence in an attempt to make a big splash when he was in there only to come up short most of the time. 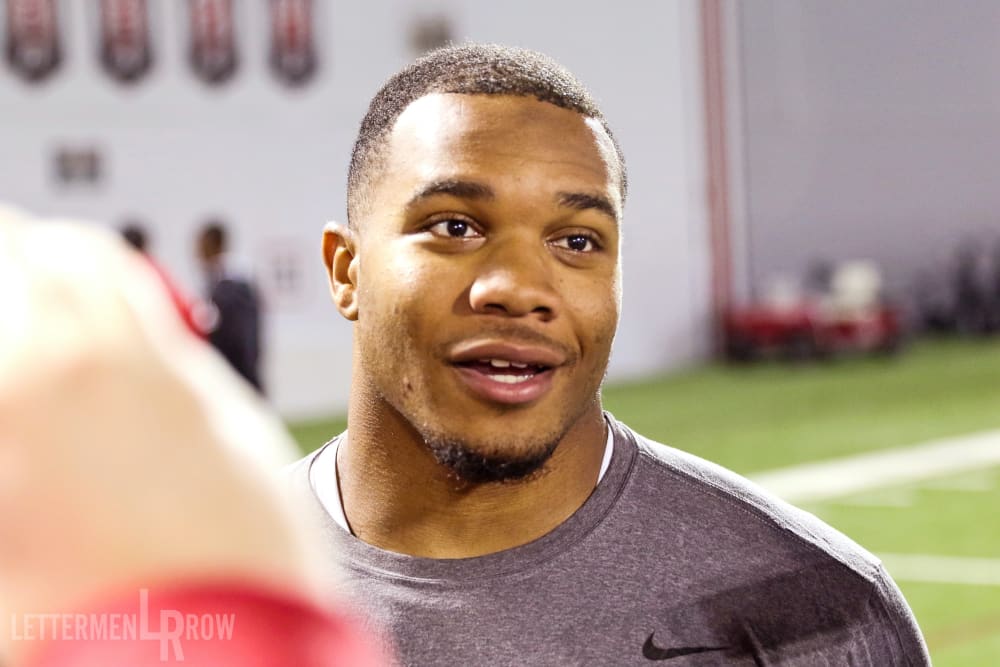 Dobbins did become the first back in school history to top 1,000 yards each of his first two seasons, going for 1,053. That was little consolation.

“I rushed for a thousand yards, but I feel like I could rush for way more yards this year because, I mean – it was a failure. Last year was a failure, to me,” said Dobbins, who topped 100 in a game just three times, though one of those was for 203 in the wild win at Maryland.

In that pursuit, he rolled out the 2019 version of himself the end of this week as the Buckeyes started camp in the new Ryan Day coaching era. It’s a model Dobbins started refining soon after the Rose Bowl win over Washington.

“I went on a diet right after the season because I felt like I needed to do better this season,” Dobbins said. “I felt like dieting and losing body fat would help me get back to where I was my freshman year.”

On top of that, “I worked out extra hard,” Dobbins said.

That resulted in a reduction of body fat from 12 percent as a sophomore to eight percent now, he said. But his weight is still at what he considers an optimal 215 pounds.

He anticipates a payoff that should be visible to all right out of the gate.

And more patience? That remains to be seen. It’s what running backs coach Tony Alford and head coach Day have been urging Dobbins to have after a sophomore season in which the impatience to make something happen often found him overrunning blocks and the like instead of finding the natural flow of a play then exploiting it.

“Seems to me like he’s very serious right now,” Day said. “[The body fat loss] is significant. That means he really worked hard this summer.”

How that will translate to on-field performance? 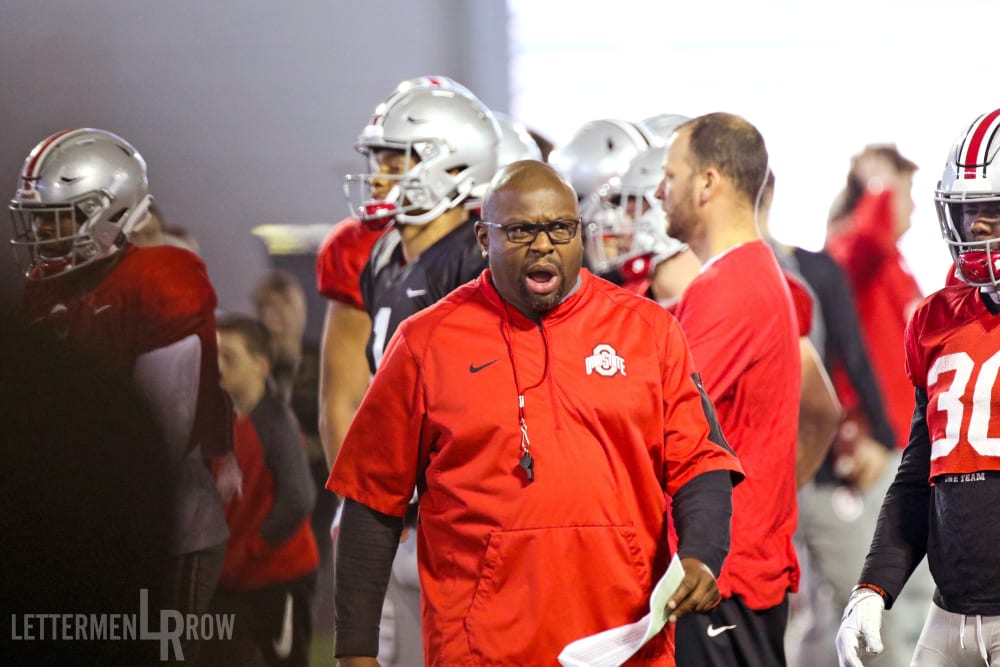 “I’d like to sit here and tell you I know what it’s going to look like. I don’t until we start playing games,” Day said.

But for a team that relied much more on the pass than the run last year due to the Big Ten records-breaking performance of shooting star quarterback Dwayne Haskins Jr., now with the Washington Redskins, there is expected to be a return to a more balanced attack under transfer sophomore quarterback Justin Fields.

Dobbins is expected to play a key role as the offense resets, and his patience and persistence will be vital. He no longer has to worry about trying to show up Weber, who is now with the Dallas Cowboys.

“We talked about it last night in our offensive meeting, how he has to make three-yard runs [into] five-yard runs; four-yard runs [into] six-yard runs,” Day said. “Before you know it, you start leaning on teams, come out the back end and the home runs will hit naturally.

“He has to roll with his pads down, he has to run hard.”

“The other guys in the room have to pick up the slack,” Day said. “[Dobbins] is not going to be able to do it all himself. It’s a long season. We play pretty fast. We’re going to have a lot of snaps every year.

But make no mistake about this year, Day indicated.

What We Learned about Ohio State after opening practice
Justin Fields: ‘Humble over hype’ approach for Ohio State QB