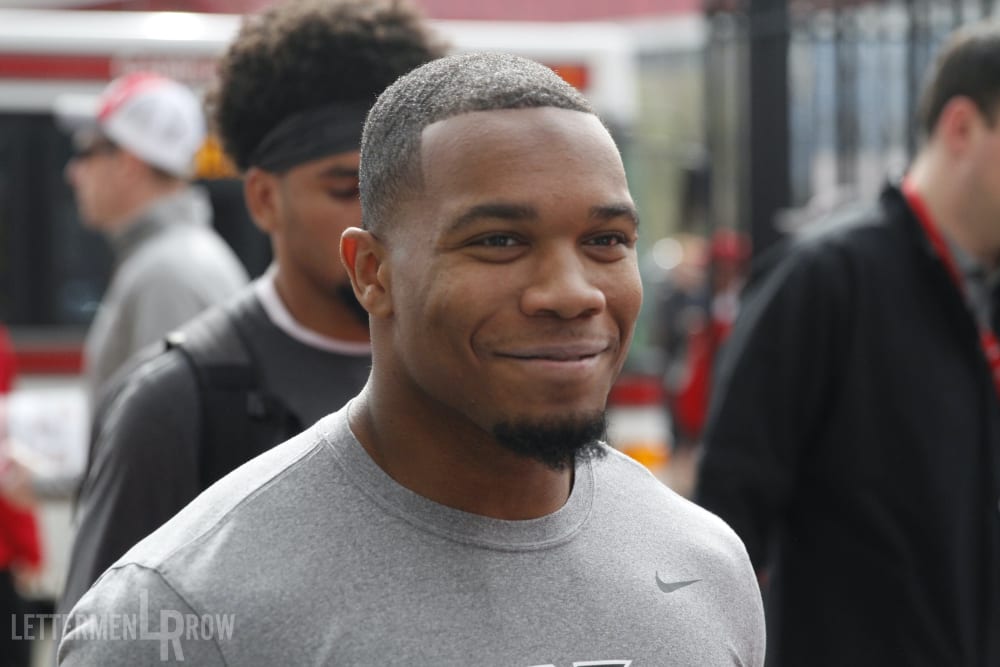 Ohio State running back J.K. Dobbins will be critical for the Buckeyes offense as it breaks in a new quarterback. (Birm/Lettermen Row)

The speculation, debate and conversations about Ohio State never end, and Lettermen Row is always ready to dive into the discussions. All week long, senior writer Austin Ward will field topics about the Buckeyes submitted by readers and break down anything that’s on the minds of the Best Damn Fans in the Land. Have a question that needs to be tackled, like the one today about how Ohio State will break in a new quarterback and the role of J.K. Dobbins in that process? Send it in right here — and check back daily for the answers.

Coach day said he hopes to name a starter after week 2. Obviously Fields has the most potential, but what if Day/Yurcich don’t think he’s ready? How would the game plan for the season change if Hoak was surprisingly named the starter?

J.K. Dobbins wants a heavier workload, and he’s absolutely going to get it.

No matter who winds up with the starting quarterback job for Ohio State, the offense is going to have a new, inexperienced guy running the show. It will almost certainly be Justin Fields, and outside of injury, there aren’t many scenarios where the Buckeyes would leave his dual-threat ability and off-the-charts potential on the bench. But even if that did happen and Gunnar Hoak got the nod for the opener, honestly that probably wouldn’t change much for the game plan.

Ohio State will obviously tweak its offense to the strength of the quarterback, so there obviously wouldn’t be as many rushing options for Hoak if he’s on the field. But for the most part, Ryan Day and his co-coordinators Kevin Wilson and Mike Yurcich don’t view the playbook itself as changing that much for any particular guy. And if Hoak hypothetically performs well enough to push Fields or earn a start by the end of training camp, then he should be able to do enough with his arm to operate a system similar to what Dwayne Haskins did a year ago. 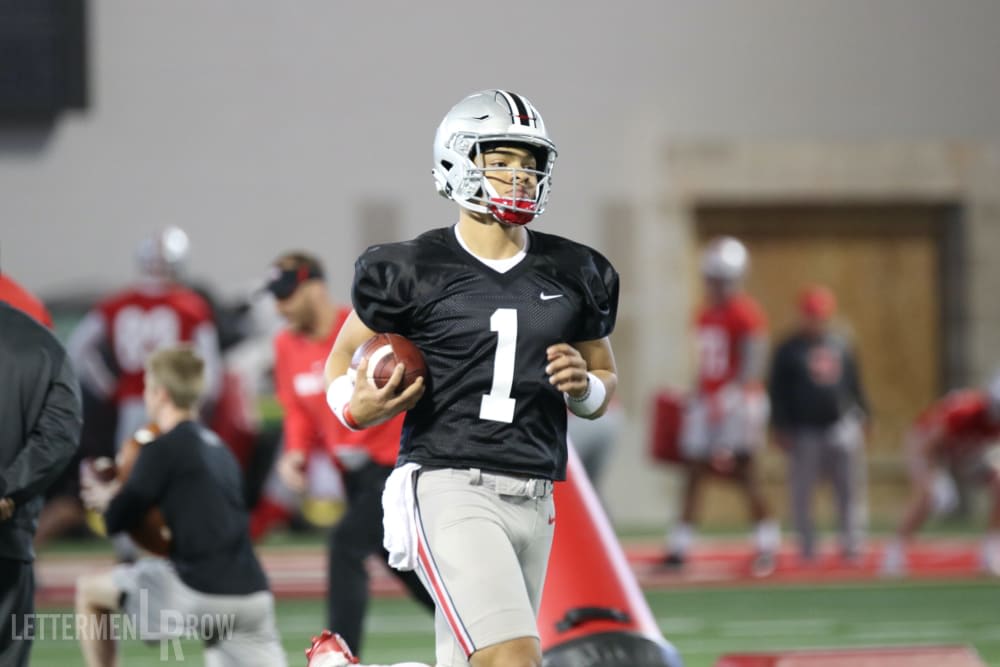 Now, it’s important to remember this for both Fields and Hoak: Neither one of them will be at the level of Haskins on Aug. 31. It’s also possible that it could take weeks before that sort of comfort, confidence and command shows up for a first-time starter.

And that’s exactly why Dobbins is going to be so crucially important for the Buckeyes, particularly during the first month of the season. As one of the top returning tailbacks in the country, as a veteran with two years of experience in the Big Ten and as a hungry worker ready to escape the limitations of a split backfield, Dobbins is a key asset for the Buckeyes in helping take some of the pressure off a new quarterback.

That’s true even if Fields is on the field as expected.

“In those first six games, the quarterback is going to be green,” Day said last week at Big Ten Media Days. “He’s not going to have a lot of experience. So the guys around him, our defense, the running game, the receivers on the end, they’ve got to pick up the slack there.

“As we go and grow throughout the season, we kind of get into that middle season hitting our stride on offense.”

A national-championship contender, though, can’t afford to waste any time since one loss can knock a team out of the playoff race.

There will be some growing pains for Ohio State at quarterback, that much is certain. But Dobbins is a proven commodity. He’s going to be running behind what should be a deeper, more talented offensive line. And the junior is overflowing with confidence after not living up to his high personal standards last year.

J.K. Dobbins wants to come bursting out of the gate this season. And with a new guy in the backfield alongside him, that’s exactly what Ohio State needs from Dobbins.