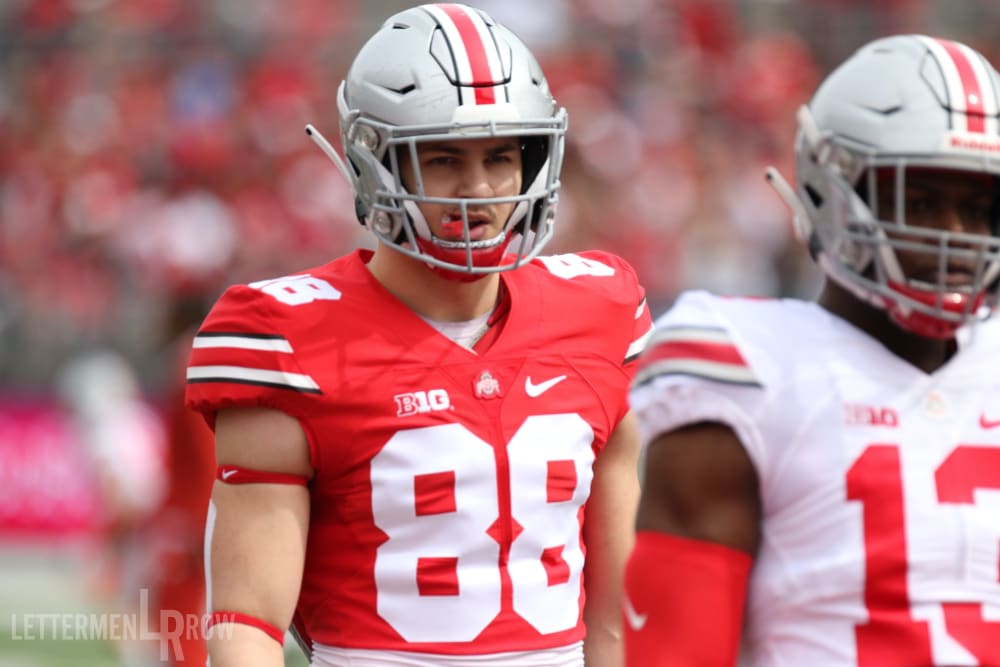 The speculation, debate and conversations about Ohio State never end, and Lettermen Row is always ready to dive into the discussions. All week long, senior writer Austin Ward will field topics about the Buckeyes submitted by readers and break down anything that’s on the minds of the Best Damn Fans in the Land. Have a question that needs to be tackled, like the one today about Ohio State tight end Jeremy Ruckert? Send it in right here — and check back daily for the answers.

Jeremy Ruckert comes to mind, huge talent but still seems 2nd/3rd on dept chart, do they line him up in the slot more this year?

The fact that Jeremy Ruckert hasn’t instantly become a starter isn’t a knock on him. It’s a tribute to the depth Ohio State has at tight end and a reminder that right now Ohio State is well stocked with veteran, athletic options at the position.

Ruckert still has enormous upside. His value as a target should go up one way or another during his second year with the Buckeyes. His future with the program is incredibly bright, and Ohio State is well aware of what it has in the former top-ranked recruit in the country at tight end.

Based on his unique combination of size, speed and skills, it’s fair to project that Ruckert is likely going to surpass Luke Farrell and Rashod Berry one day in terms of production and NFL potential. But right now, both of those guys are still key cogs in the attack for the Buckeyes who are better suited to handle the blocking responsibilities required in Ryan Day’s system. Ruckert still has another offseason to get stronger and another training camp to fine-tune his techniques in that area, but that’s probably not the best use for him at the moment.

So, Ohio State is toying with the idea of giving him snaps as an H-back or splitting him out in the formation a bit to give him chances to show what he can do as a target in the passing attack. Ruckert will still probably run into some of the same issues with playing time considering how deep the Buckeyes are at the skill positions on the perimeter, but that’s still not a reason to be concerned with his development. 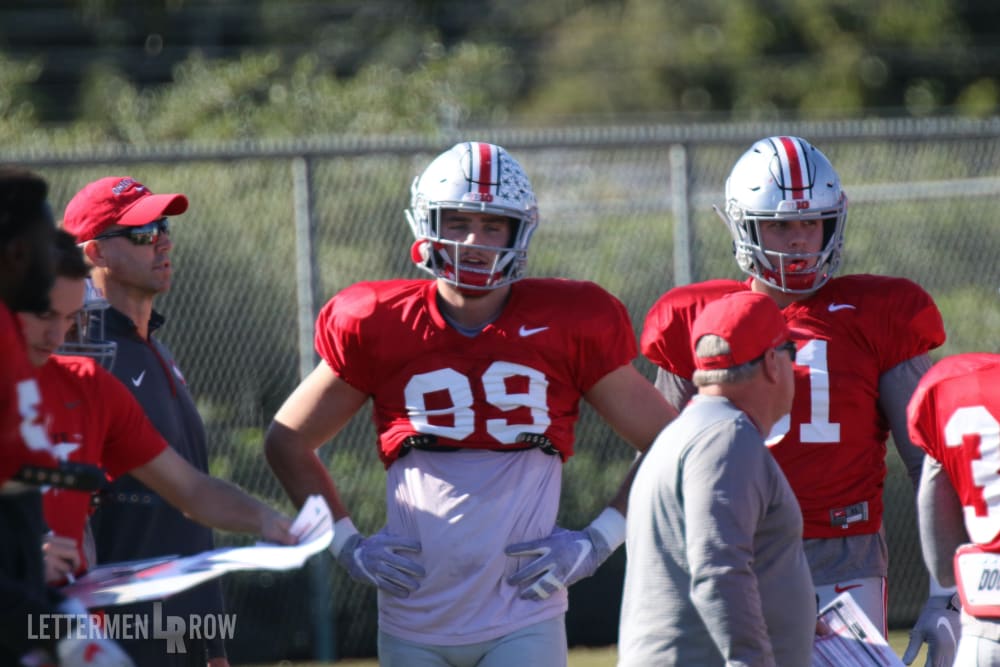 “We’re just trying something new,” Ruckert said during camp. “It’s spring, so we’re putting a lot of stuff in, and I’m cool with it. I like it, because whatever I can do to help the team, I’m going to do. I’m down to do it.

“I’m just trying to go play. We’ve got a lot of depth at tight end, so hopefully that allows me to do that.”

There was plenty of uncertainty heading into last season about that depth at tight end which led to speculation that Ruckert might be a Day One starter. But it turned out that Farrell was ready to take on more responsibility, and he’s only gotten better with another solid spring. And the same freakish physical tools that always made Berry an intriguing option for the Buckeyes in various roles is looking more impressive now that he has been given a chance to focus solely on one position for an extended period of time.

The real problem for Ohio State would be if it had been forced to rely solely on Ruckert so early in his career. There’s always an urgency to get high-profile recruits on the field and contributing because they might not be around for four full seasons to contribute, but that doesn’t mean they are always ready right away — or that the guys already on campus aren’t deserving of their spots in the lineup.

Jeremy Ruckert is going to be an asset for the Buckeyes this season in some capacity, and his role is going to grow over time. But Ohio State doesn’t need to rush it at tight end, and that might work to the benefit of both a program that can get creative with its personnel and a player who gets time to develop.