COLUMBUS — Jeremy Ruckert had already shown off his strong hands.

The Ohio State tight end has certainly proven plenty wiling to do some dirty work offensively as well.

Both in the midst of the pandemic while back home in New York, Ruckert showed those traits apply off the field as well as he used them and a dash of creativity to build a squat rack that helped keep his offseason training on schedule.

“Once we were back home in March, it kind of got really bad where I’m from in Long Island, that was one of the worst spots with coronavirus,” Ruckert said before practice on Friday. “I was working out with one of my buddies in his garage, but once it started to really heat up, my parents thought it would be best for me not to really go out as much anymore. So, then me and my dad took on the challenge of going to Home Depot three times a day and just getting all the wood, getting all the stuff and watching videos to build a squat rack. 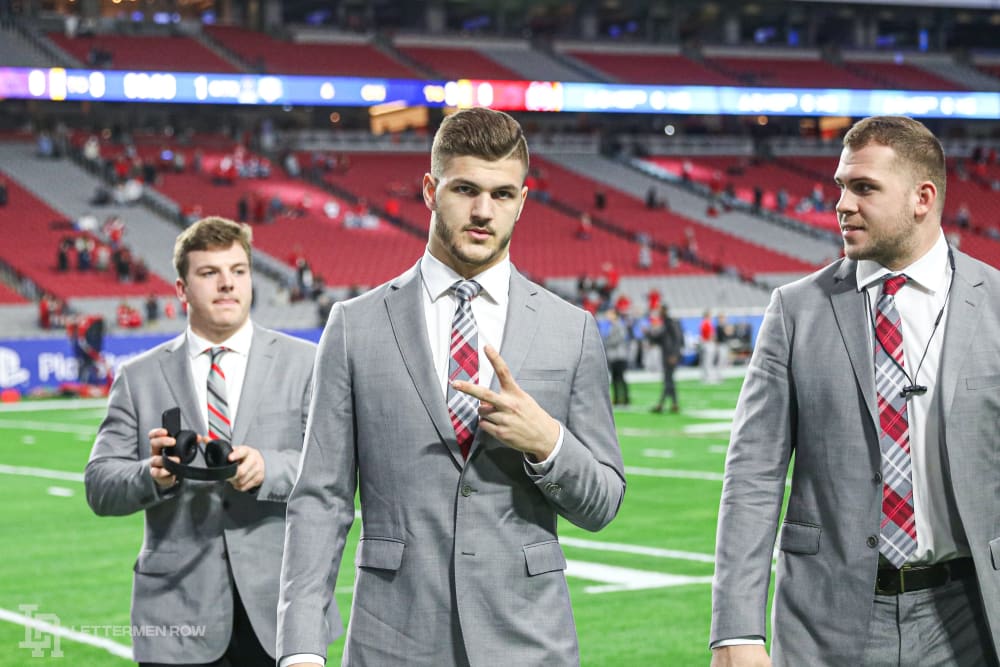 “Every day I would add something to it, and it became something that was not only good for me to keep getting workouts in while being safe, it was cool to really do that with my dad and my brothers and spend some family time that normally we wouldn’t really get.”

Considering all the progress Ruckert had made over his first two seasons building himself physically into a complete tight end, it was critical for the junior not to go backwards heading into a season he’s pinpointed as pivotal for his career.

The squat rack helped as part of unique workouts that also initially included filling a backpack with rocks to do lunges, and so far that hard work has paid off with Ruckert continuing to emerge as an intriguing playmaker for the Buckeyes. The pads still aren’t on yet for Ohio State, but the early returns suggest the versatile tight end will be capitalizing on the late-season momentum from a year ago that was highlighted by his jaw-dropping, one-handed touchdown grab in the Big Ten title game.

“When we started spring ball, we started study of some NFL guys and we actually talked to a couple guys about how fast they played,” Ohio State offensive coordinator Kevin Wilson said. “We even looked at some of our guys who have now gotten strong enough, we didn’t think we needed to keep adding weight — we wanted to play faster.

“We challenged our [tight ends], and I think we did a great job during those first three practices in spring of really rolling and it’s continued. It’s been a little different because we haven’t been in pads, but it’s playing faster. They’re older, they’re more confident, they’re bodies are more mature … I just think you’re going to see them playing faster.”

It’s still debatable whether or not that will lead to an uptick in usage for Ruckert and the rest of the tight ends, of course. 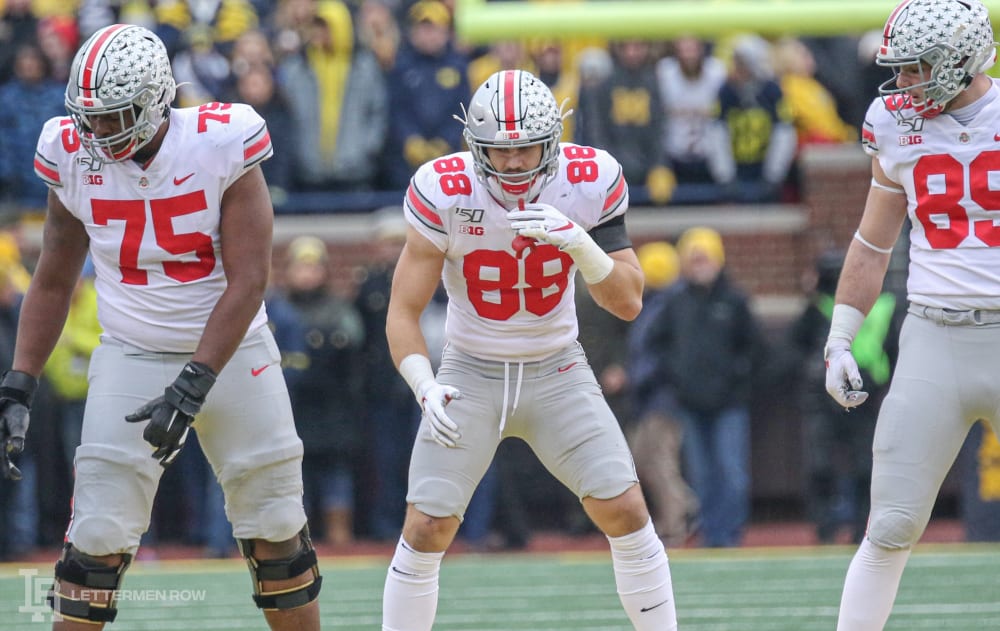 But if nothing else, Ruckert did his part to ensure that he would be physically ready thanks to some handy problem solving.

“I definitely consider myself a creative guy,” Ruckert said. “I love to draw, I love art and building things, so I would say that was definitely my type of thing.

“The actual squat rack only took us a day, but we kept adding some little knicks and knacks to it like cable rows and stuff. We still use it. I went home a couple weeks ago and it’s still up and strong. I’ll have that for the rest of my life and I can go back and remember these times. Although it was tough not being around the guys, it was cool to get back and spend the time with the family.”

Back with his Ohio State brothers on the practice field again, now it’s time for Jeremy Ruckert to show off his handiwork with the football.

Ohio State offensive coordinator Kevin Wilson and tight ends Jeremy Ruckert, Luke Farrell and Jake Hausmann were available to the media on Friday before practice. That virtual press conference is available here, and all sessions will be streamed on the Lettermen Row YouTube channel.