COLUMBUS — There was never a problem with the outsized projections for Jeremy Ruckert.

For the most part, they’ve turned out to be pretty accurate when it comes to just how elite the Ohio State senior can be at tight end.

The only issue with the hype for the former top-ranked recruit at the position, if there even was one, was that Ruckert may have been unfairly expected to fulfill that hype before he was ready. Given everything the Buckeyes ask of their tight ends, the physical development that’s required to block on the line of scrimmage and the transition that had to be made from high school when Ruckert was essentially just a receiving threat, it was always going to take time for him to become fully formed.

Last season was another major step forward in that evolution for Ruckert as an all-around weapon. And his decision to come back for a senior campaign sets the stage for him to stake another claim as the best in the country at tight end. 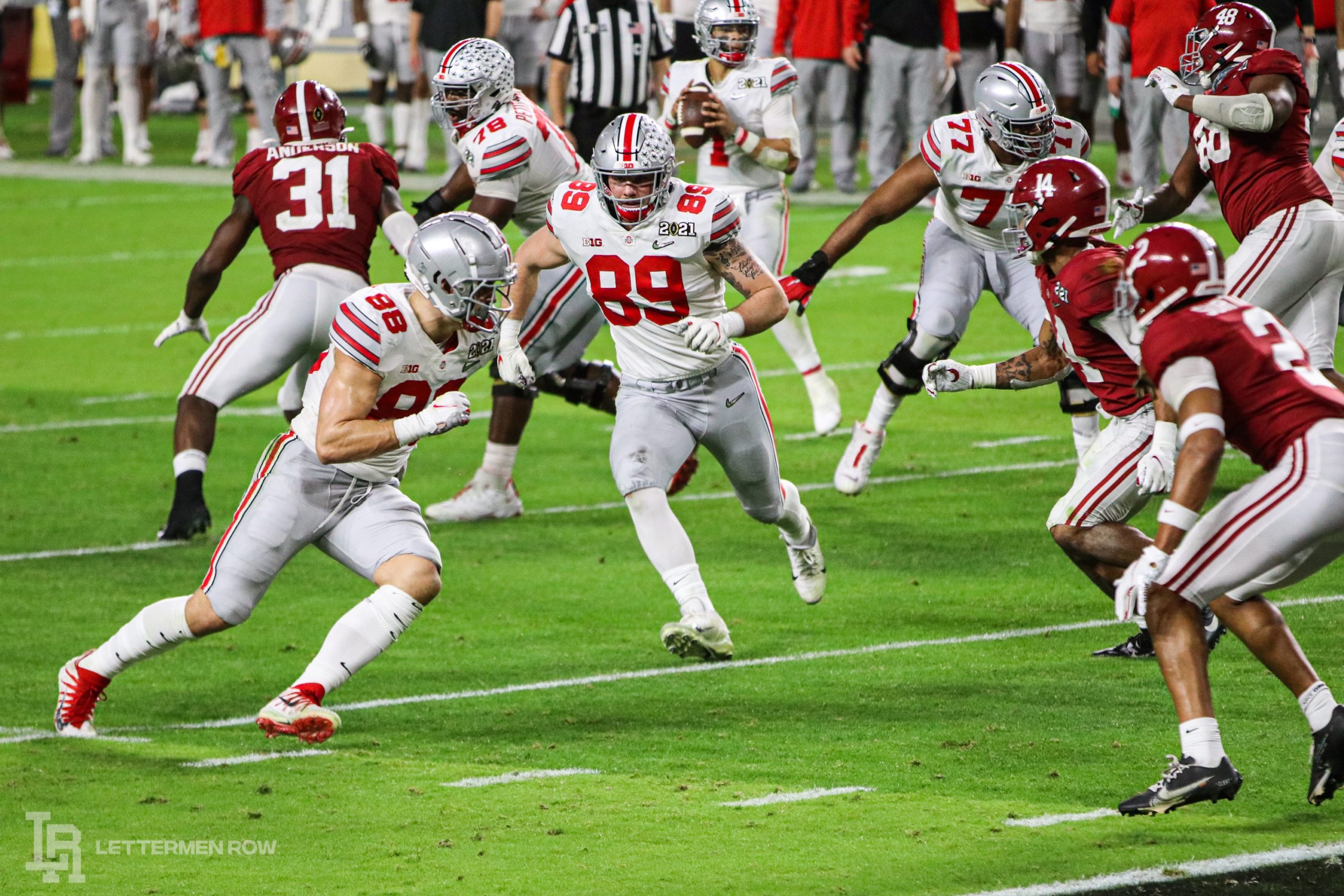 “If the ball comes my way, I’ll do everything I can to make the play,” Ruckert said. “But if it doesn’t, I’ll do whatever I can to help my team.

“Whatever my assignment is, I’ll do it as hard as I can and as long as I can.”

Far more often than not, Ruckert is still being asked to block more than use his dynamic ball skills and athleticism as a threat in the passing game — although he did rack up five touchdowns in just eight games a year ago for the Big Ten champions. But the versatility to do both is what allow him to be one of the most important cogs in the Ohio State machine, and his return might just be one of the most critical roster moves the program made in the offseason.

Jeremy Ruckert is on his way to becoming arguably the nation’s best tight end. Right on schedule.

What makes Jeremy Ruckert such a special prospect at tight end for Ohio State? How can Ruckert continue his development heading into his senior season? When did it become clear to the Buckeyes what he could become? Former teammate and soon-to-be NFL Draft pick Luke Farrell popped in some highlights and answered those questions for the latest episode of BuckIQ.