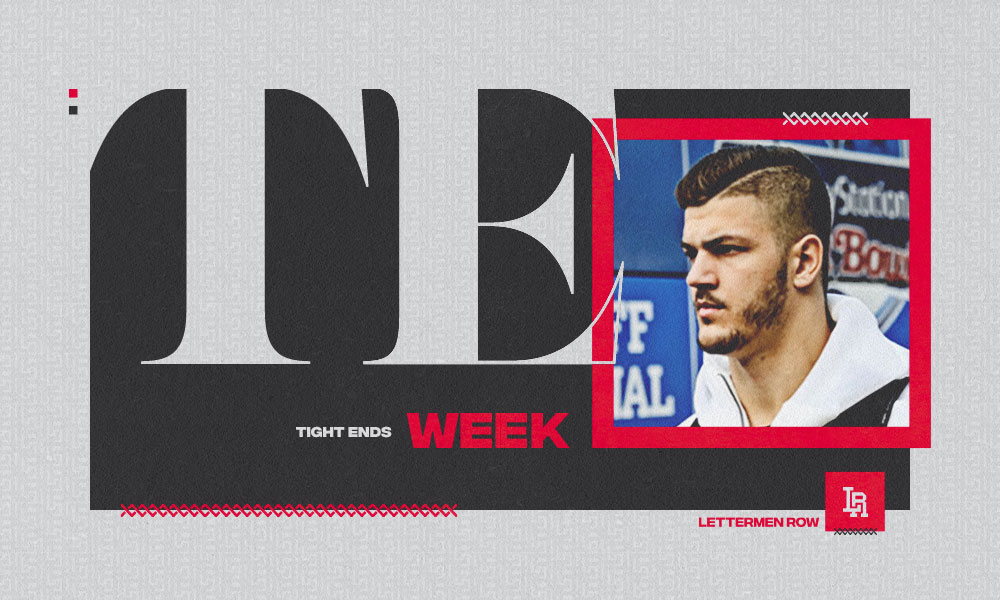 The speculation, debate and conversations about Ohio State never end, and Lettermen Row is always ready to dive into the discussions. All week long, senior writer Austin Ward will field topics about the Buckeyes submitted by readers and break down anything that’s on the minds of the Best Damn Fans in the Land. Have a question that needs to be tackled, like the one today about Ohio State and Jeremy Ruckert? Send it in right here — and check back daily for the answers.

If Jeremy Ruckert has a huge year, could you see him leaving early for the NFL?

No matter what his individual numbers look like this season, Jeremy Ruckert is going to have a decision to make.

Truthfully, it’s probably a safer bet not to expect the junior tight end to have a huge statistical season given the way Ohio State uses its tight ends. But for a player with the next-level potential Ruckert brings to the position, that likely won’t matter much when he weighs his options.

If Ruckert shows another year of technical development as a blocker as expected during his junior campaign with the Buckeyes, he’s already physically matured into the kind of NFL-type body that will make him a coveted draft target when his natural ball skills are added to the equation. It’s not a secret to scouts and general managers that the Buckeyes know how to build pro-ready players, and there’s also an impressive track record of their tight ends having productive careers no matter what their reception total was in college.

There are already folks in the Woody Hayes Athletic Center making contingency plans in case Ruckert leaves, which was always a very real possibility since top-ranked recruits at any position rarely are expected to stick around for four years.

“I knew if I came here, I wouldn’t be able to get on the field if I didn’t learn how to pass protect and run block,” Ruckert said last season. “I think learning how to do those two things the last couple years has been crucial in developing me as a player. 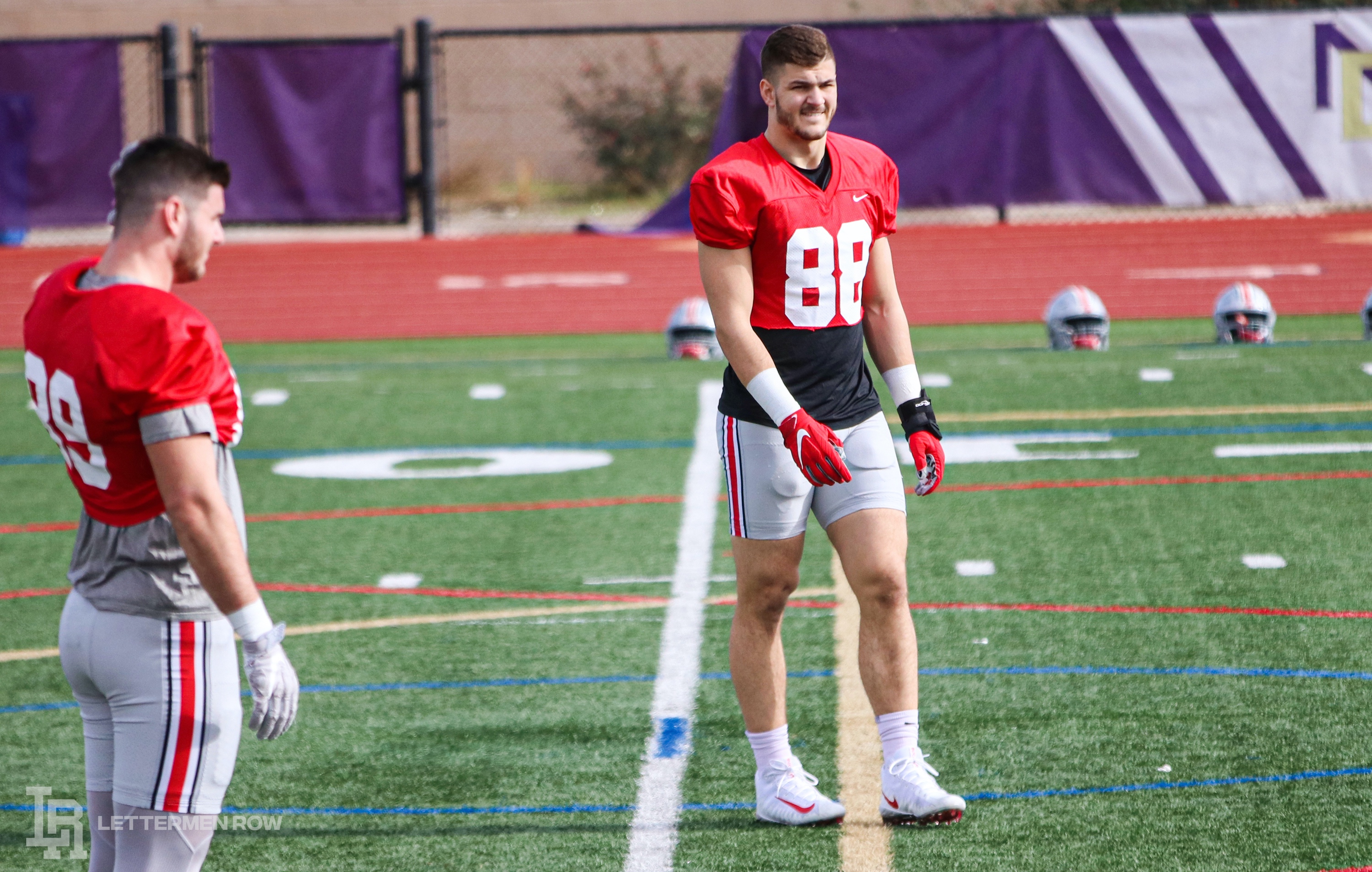 Ohio State tight end Jeremy Ruckert could be in the NFL at this time next year. (Birm/Lettermen Row)

Ruckert took a significant step forward as an all-around performer last season. And even with the unique challenges this year posed by the COVID-19 shutdown, there’s no reason to expect that growth is going to slow down now that he’s seen the fruits of his labor.

It’s always possible that he could get feedback from the Draft Advisory Board that suggests he return for a senior season for some reason, perhaps even because he hasn’t had a chance to catch the ball all that often in the Buckeyes system. Or Ruckert might elect on his own to stick around and become the clear-cut leader for the unit while also adding to his education, a choice the program would obviously welcome and has become more popular for veteran Buckeyes with unclear draft stock over the last few seasons.

The case for Ruckert, though, will be unique. His numbers so far don’t immediately suggest that he would be a candidate to leave early, but there’s also never been any doubt that he’ll be an NFL tight end whenever he leaves Ohio State.

Given all the uncertainty around football as a whole right now, it’s hard to make any prediction with much confidence. But if there were betting odds on his decision, the money here would be on this being the last season for Jeremy Ruckert with the Buckeyes.