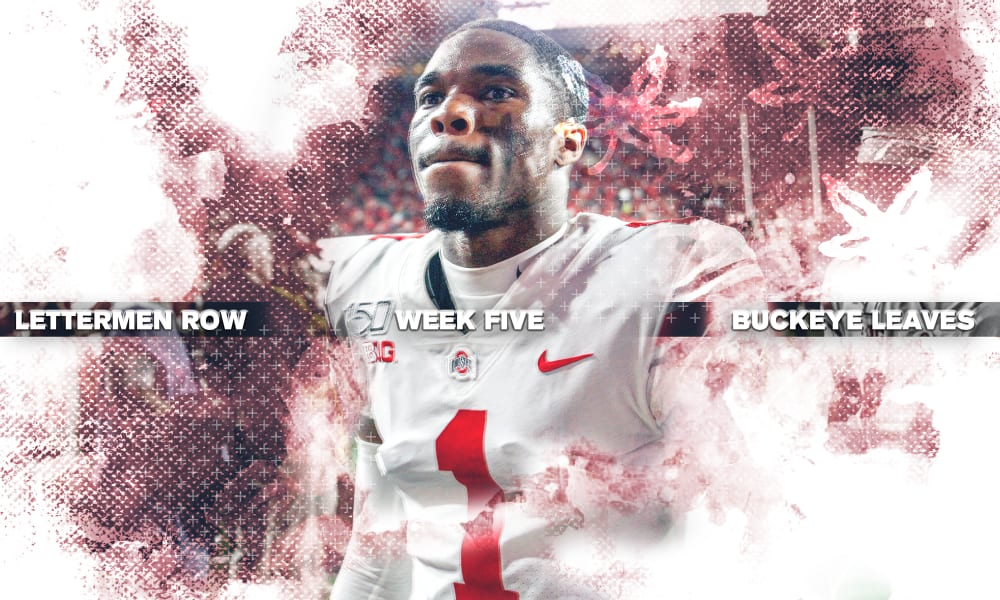 Jeff Okudah had two interceptions for Ohio State in the win over Nebraska. (Birm/Lettermen Row)

LINCOLN, Neb. — All it took was one interception for Ohio State cornerback Jeff Okudah.

After the first of his career last week, it seems the monkey is off Okudah’s back, and the first was all he needed to reel off more.

Okudah picked off two Adrian Martinez passes Saturday night, one on the first possession of the game and another from the seat of his pants, in the Buckeyes 48-7 dismantling of Nebraska. His play is only helping him maintain confidence — and expand it.

“I think it did give me some confidence to show myself that I can do it,” Okudah said. “Coming out here and following it up with a pretty good performance, I think that speaks to the confidence that I came into the game with.”

It’s not like Okudah needed interceptions to prove how good he is. He was projected as a first-round pick in next year’s NFL Draft before he ever tallied a pick for the Buckeyes. But the interceptions are mounting, and that’s giving his draft hype some credibility.

The Buckeyes defense also has some validation. Last year doesn’t need to be revisited, but there were still doubts about the validity of this Ohio State defense as one of the country’s best. And Martinez didn’t have much to work with.

Okudah was a huge part of that. His two interceptions set the tone. And the second one? He didn’t even have an explanation for how he came down with it.

“I don’t know,” he said. “We do a lot of ball drills as a secondary, so shout out to [co-defensive coordinator Jeff] Hafley for that. I saw it, I tipped it. Sometimes you have to thank the football gods.”

As always, Lettermen Row has some Buckeye Leaves to hand out for Ohio State and its dominant win, and Okudah’s performance certainly earned him one.

Justin Fields just continues to torch defenses. The sophomore quarterback completed 15 of 21 passes for 212 yards and three touchdowns. He also was able to finally use his legs for the first time this season. As is tradition so far this season, Fields didn’t play the entire game, so his stats weren’t eye-popping. But when he was on the field, he was the best player. He did miss Chris Olave on a deep ball late in the first half, something he’s been trying to improve on. If that throw is the low point of the night, though, Fields did a lot correctly. 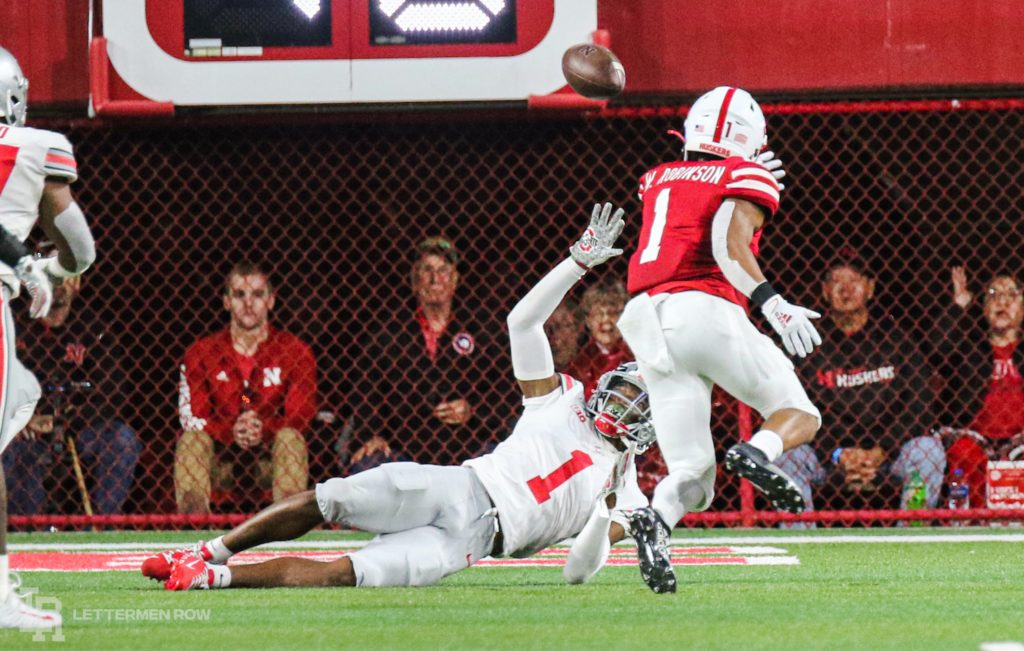 Ohio State cornerback Jeff Okudah intercepted a pass from his back. (Birm/Lettermen Row)

Okudah was spectacular in the first half, when he saw most of his action for the night. On Nebraska’s first possession, the Cornhuskers seemed to be moving the ball and were around midfield before Okudah jumped an Adrian Martinez pass for his second career interception. He followed it up with an absurd interception from his backside when the Cornhuskers were in the red zone. The first pick proved Okudah’s ball skills and athleticism. The second one might have been luck, but it was impressive from the future first-round pick. 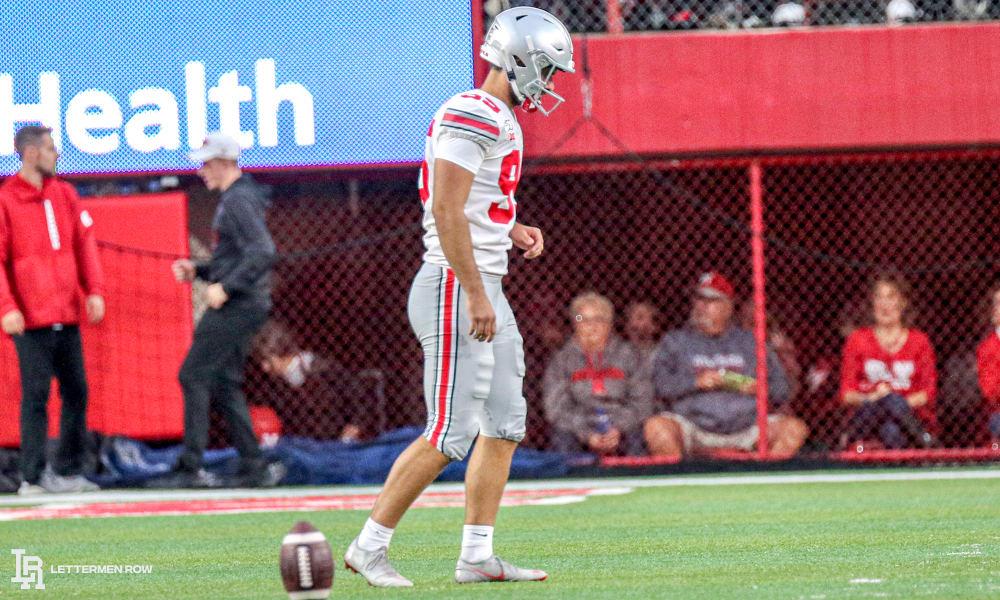 Haubeil came into Saturday night’s game with only two field goal attempts on the season. Against Nebraska, he was a solid 2-of-2 on field goal attempts, hitting from 23 and 36. Ohio State hasn’t needed Haubeil to hit a clutch field goal yet this season, but he’s more than capable of doing just that. Eventually, he’ll be called upon. And in the meantime, going 100 percent on kicks is never a bad thing.

Photos: Ohio State shucks Cornhuskers in complete game victory
What We Learned about Buckeyes during demolition of Nebraska
Advertisement