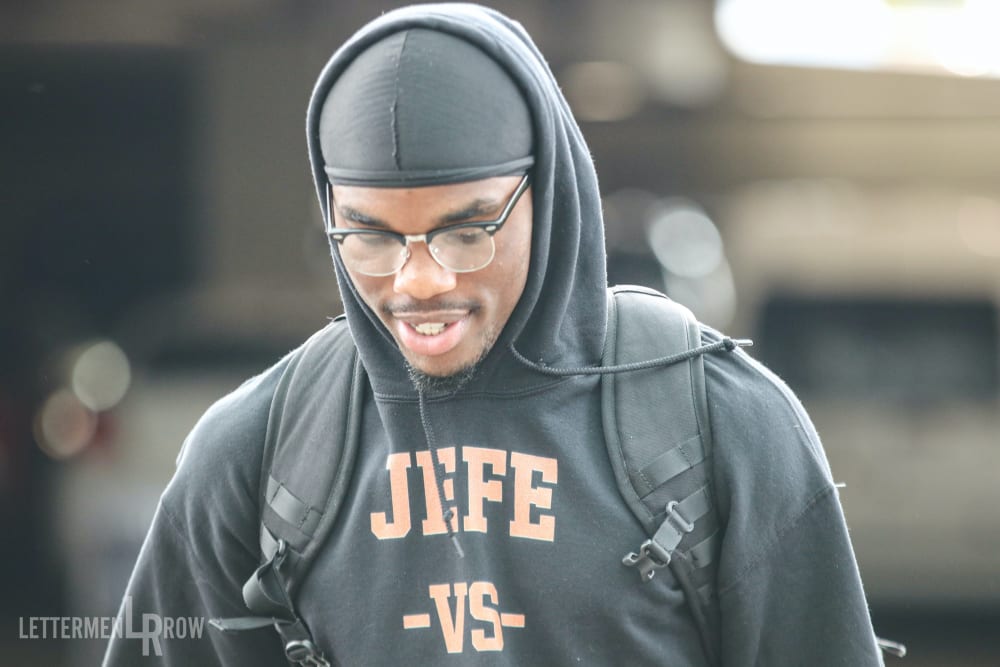 The career for Jeff Okudah as a freshman football player at Texas prep powerhouse South Grand Prairie lasted less than a week.

By then, coach Brent Whitson had seen enough.

“When you have a special one like Jeff, we knew about him as a junior high and had already formed a relationship,” Whitson told Lettermen Row. “He was a very, very mature kid.

“So when he first came to the high school level as a freshman, he practiced with the freshman team all of about three days. I said, ‘This is a waste of time. Get him up here with us.’”

Soon thereafter, Okudah carved a role as an outside linebacker. By the time his career concluded and he signed with Ohio State, he was a five-star prospect projected to be college football’s next great shutdown cornerback.

Now the 6-foot-1, 200-pounder has embraced the opportunity at hand as his third season approaches in Columbus.

“Now it’s just about taking that last step,” Okudah said at the onset of preseason camp. “And that’s being consistent every single time you step on that field and just becoming a lock-down cornerback.”

Whitson pointed to Okudah’s consistency, as well as his dedication, as hallmarks of his former pupil’s prep career that augmented his physical skill-set.

“The work ethic he had, it just was not all that common,” Whitson said. “Early on he was going and doing extra training. And everyone kind of thought he was going to be a wide receiver. We all kind of did. But we just saw him at practice every day and then doing training things on his own in the evenings.

“You could see right off, football was not going to end for him after 12th grade.”

It likely won’t end in college, either. After 27 career games, Okudah has positioned himself for a possible breakout junior season for the Buckeyes under first-year coach Ryan Day.

“I definitely think that playing cornerback, confidence is a really big thing,” Okudah said. “So just getting into a groove, I know that my rep count wasn’t as high to start the season off. So as I continued to get more reps and was able to slow the game down, it became easier to pick up on things the offense was trying to do.

“I think I carried that into the spring and came out here [fall camp] and everything felt good. So I’m excited to see the results.”

Arduous circumstances on and off the field also have ushered in a wisdom perhaps beyond Okudah’s years. He has in the past had a nagging shoulder injury that required surgery. Not long into his high school years, Okudah’s mother, Marie, was diagnosed with terminal cancer. She died within a week of Okudah’s early arrival as a midyear enrollee at Ohio State. 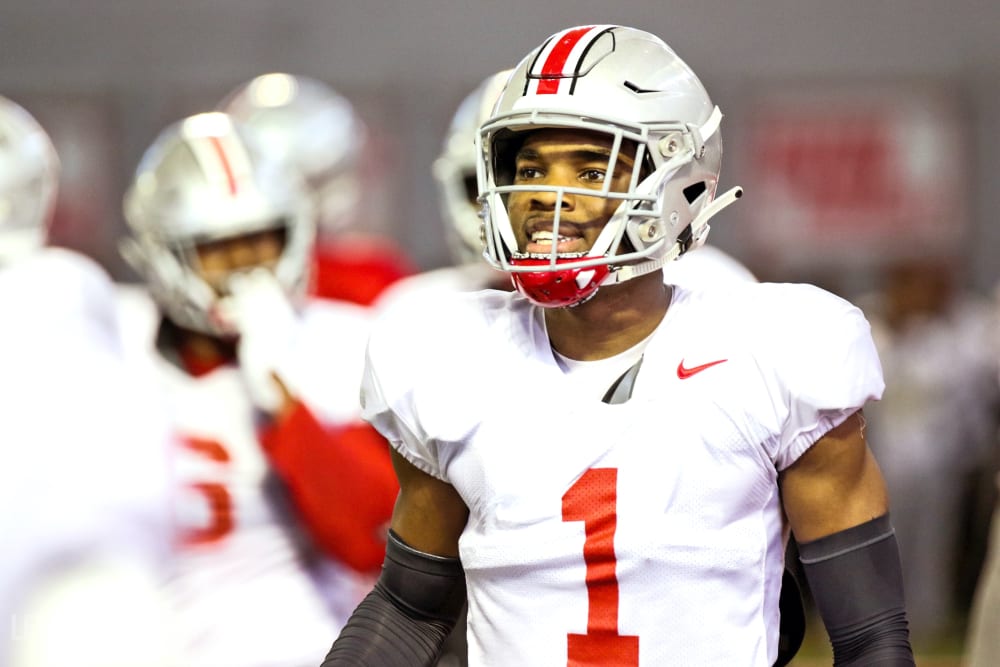 Ohio State cornerback Jeff Okudah is looking to take the next step in is development for the Buckeyes. (Birm/Lettermen Row)

“She was diagnosed with terminal cancer and fought it for five years,” Whitson said. “His senior year, it basically got to a point where [death] was coming. She saw him play a couple times that year. Then he signed with Ohio State and was an early enrollee.

“About six days after he arrived in Columbus, she passed away. You want to think she got him to a point in life where she knew where he was, where he was going and who he was with. She had fell in love with Chris Ash and the Ohio State coaches in the recruiting process.”

Whitson’s program has former players on rosters across football, including Ohio State, Wisconsin, Iowa State and Air Force. He has maintained a special place for Okudah as a program cornerstone.

“We were playing Arlington Martin his senior year, and he came off the field after a defensive drive, he’d been on the field 12 plays,” Whitson recalled. “He came to me and said, ‘I can’t go. I cant go.’ I said, ‘Yes, you can. Go make something happen.’

“They made the mistake of kicking it to him, and he ran it back 102 yards for a touchdown. It just kind of showed us and him, even when he thought he couldn’t, he still could. We use that example, his work ethic. I’m not going to act pious or holy, we show kids, ‘You guys all talk about having dreams, this guy’s going to play at the next level next level. Look what he’s doing and look how he’s working.’”

That career isn’t over yet at Ohio State. But for Jeff Okudah, he’s still right on the track that South Grand Prairie expected way back when he was just a freshman in high school.

Continue Reading
You may also like...
Related Topics:Featured, Jeff Okudah