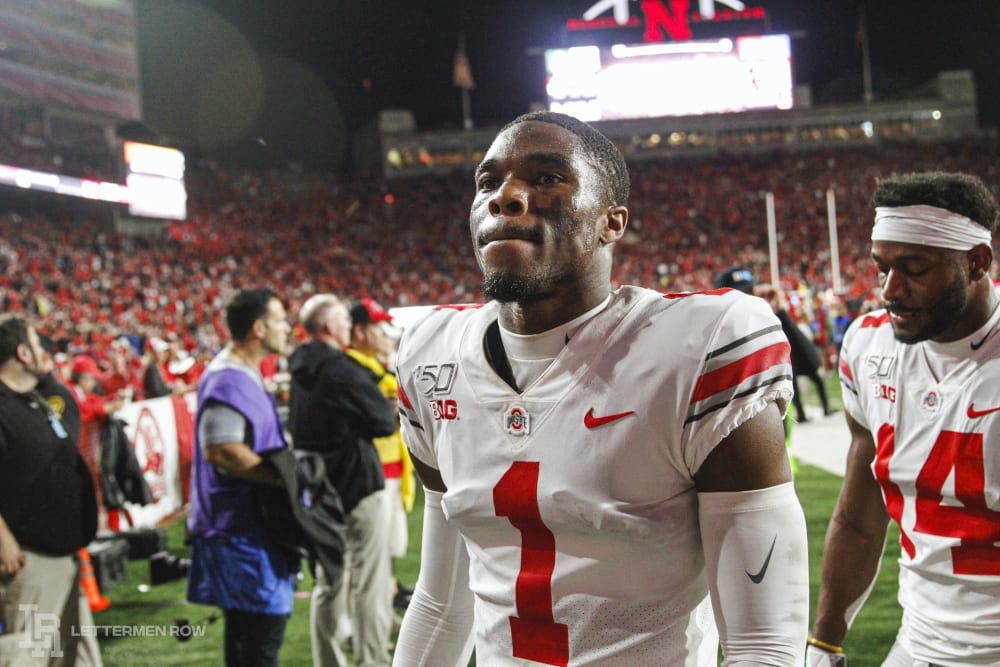 COLUMBUS — Ohio State cornerback Jeff Okudah has had quite the two weeks. And, by correlation, so has his coach Jeff Hafley.

That’s because through the first three games of this season, Okudah, one of the celebrated five-star prospects who were part of the 2017 recruiting class, still had not registered an interception as a collegian. Despite checking off almost every box for being considered an elite corner – Height: 6-foot-1; Weight: 200 pounds; Speed, 4.4-second 40; Break on the ball: Off the charts; Willingness to support the run: Obvious – he had a zero in the interceptions column.

Now look. Headed into Saturday night’s key Big Ten East Division game with Michigan State in Ohio Stadium, the junior is tied for the lead nationally with three picks. That includes the two which were major in stunning Nebraska early last Saturday night on the way to a 48-7 road win for Ohio State.

Okudah said the one he made against Miami (Ohio) two weeks ago got “the monkey off my back.” Consider the way he doubled up last week as vindication for his coach, too.

“Let’s be honest, yeah, you get that first one and it’s probably like [an exhaled relief],” said Hafley, who this time a year ago was with the San Francisco 49ers in his seventh season as a coach in the NFL. “And at the same point for me, it’s like, ‘Good. He’s not going to press.’ Because I keep telling him not to press, but you know how that is. Kid wants an interception.

“And now he gets another one — and another one. Hopefully they keep coming.”

Okudah would be down with that, no doubt. But getting proof that his first-year coach (indeed, the third position coach he’s had in three seasons at Ohio State) knows what he’s talking about was uplifting in itself.

“Coach Hafley said: ‘Don’t force anything. Everything will come,'” Okudah said. “So, we had a conversation after like Week Two or Three where I just told him I was kind of waiting on the first one to come. He just said, ‘Be patient. In this defense you’re going to get balls thrown your way, whether it’s tips or overthrows or you just make a play on it.’

“So, I think it was just being patient, trusting the technique and trusting the plan he set out for all of the defensive backs.”

The first one against Miami was thrown to him like he was a receiver. Then at Nebraska he made a play to cut in front of a receiver and pick off a pass thrown by Adrian Martinez who was being chased by Chase Young. Moments later, Okudah, who slipped and fell while cutting back to help cover someone else’s man, saw the ball tipped by the receiver. Flat on his back, Okudah reached and grabbed No. 3.

Call it proof of Hafley’s theory of inevitability.

“It’s not that hard to be patient, because it’s not really about me, it’s about the Silver Bullets,” Okudah said. “It was just about trusting him, really, and everything he said is kind of coming to fruition for real.” 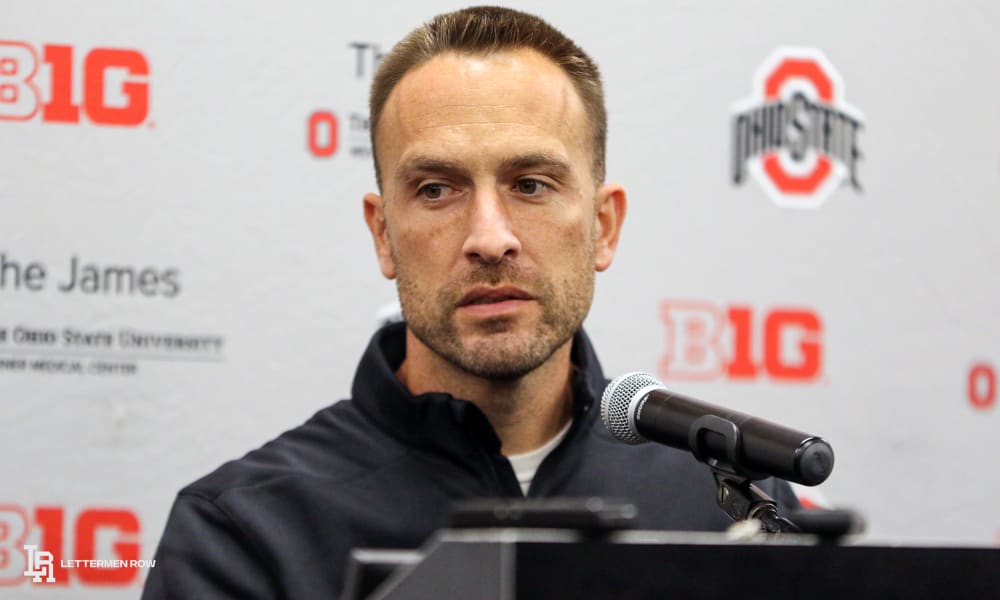 Ohio State co-defensive coordinator Jeff Hafley is having an impact in his first season with the Buckeyes. (Birm/Lettermen Row)

The interceptions aside, Hafley is buoyed by the effort he is seeing from all of the defensive backs. In what’s been described as a simpler defensive scheme — but not a simple one — which can call for press man coverage one play, a zone the next, cornerbacks Okudah and Damon Arnette especially have been quick to react to plays — both passes and runs. The latter is not always the norm.

“I respect and appreciate those guys. I mean, they are selling out to hit people and it is so much fun to watch.”

Like a hit Arnette made up near the line of scrimmage in the middle of the field on a run play at Nebraska — it was reminiscent of some of the plays made by Bradley Roby several years ago, swooping into the thick action.

“He filled the B gap on one where were we kind of weren’t fit right, I mean, corners don’t do that,” Hafley said of Arnette’s play. “Then they threw the swing pass out on the left sideline and Jeff came flying out [to stop it] for a two-yard gain? That’s a big play.

“There’s a lot of corners who won’t do that for a lot of different reasons, so you’ve got to respect that about them.”