Ohio State cornerback Jeff Okudah has taken over in the secondary. (Birm/Lettermen Row)

COLUMBUS — The first one was bound to come eventually for Jeff Okudah.

The Ohio State cornerback has far too much ability for the interception drought to have lasted much longer this season. Honestly, it’s a little shocking that it took Okudah so long to nab the first pick of his career anyway, although there are certainly a number of factors that go into it — many of them out of his control in the first place.

But finally a ball found its way into his hands last week in the blowout over Miami (Ohio), and he had a prime opportunity to grab a second in that game that at least offers a hint that the floodgates might be ready to burst open for the rising star in the secondary.

“I think he’s done a good job of taking on the technique that Jeff is teaching him and embracing that,” Ohio State coach Ryan Day said. “I think the big thing for Jeff now is [figuring out] where are we going to go as we get into the middle of the season. 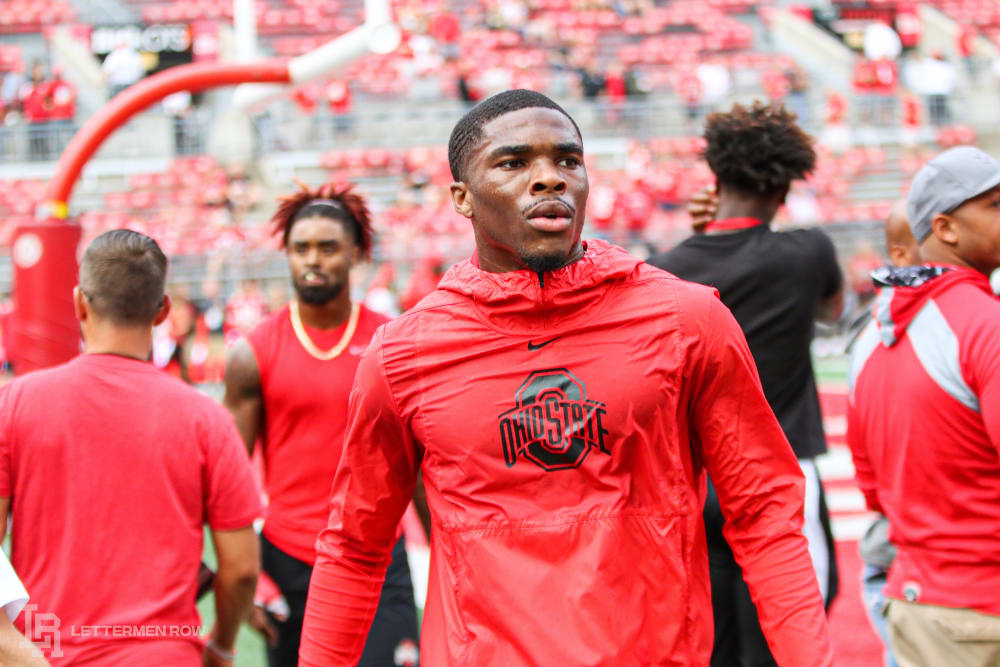 “I think he’s flashed, he got the interception last week, he’s done some good things. But now that some of this stuff is on film and teams start scheming us up, how are you going to be able to respond to it?”

Okudah appears more than ready for the challenge moving forward, and he’s obviously got the athleticism to elevate his game and take the ceiling for the Silver Bullets along with him. Even without an interception to his credit heading into his junior season, the work he had put on film combined with his impressive physical tools was generating buzz that he could be a first-round pick in the NFL Draft next spring. And so far, Okudah only appears to be validating that hype and boosting his stock.

What makes Jeff Okudah so special at cornerback? How good can the Buckeyes be in the secondary this season as he continues to develop and gain confidence? Where are there still areas for the junior to improve heading into the heart of Big Ten play? Former Ohio State and NFL standout Chimdi Chekwa was back in the Lettermen Row film lab answering those questions on the latest episode of BuckIQ.