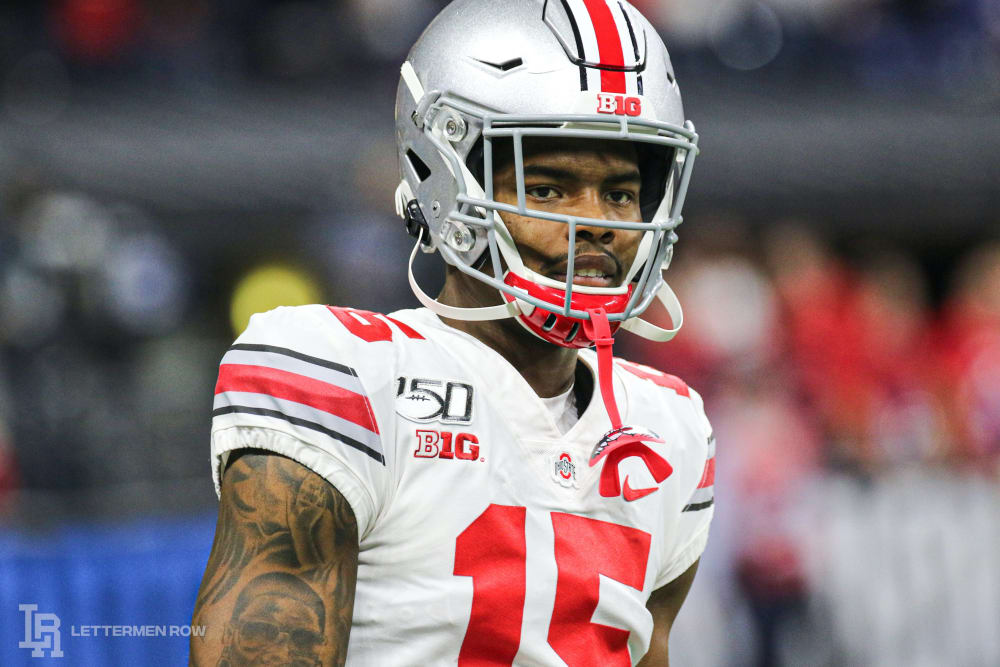 Ohio State had one of the best seasons in program history last year, and it came with the help of some young players. Now as the younger Buckeyes enter another year for the Buckeyes, they may be expected to take on expanded roles. Lettermen Row is breaking down a play from each key inexperienced Buckeye and how it can help provide a glimpse into each of their futures. Next up: Jaylen Harris is looking to crack the wide receiver rotation.

It wasn’t a flashy play, and it wasn’t an important play. It was just one catch.

So where can the rising senior wide receiver go from there? The big-bodied, 6-foot-5 wideout came to Ohio State with plenty of potential, but he’s been passed on the depth chart by other receivers his entire career. Now that six wide receivers have moved onto the NFL in the last two seasons, next year could finally be the season that allows Harris to make an impact for the Buckeyes offense.

He’s not going to take playing time away from superstars Chris Olave and Garrett Wilson, the two most dynamic playmakers on the roster. He’ll likely have to battle with speedster Jameson Williams to find a spot in the rotation. And Harris will certainly be pushed by the four incoming freshman who all seem ready to play right away for the Buckeyes, especially outside threats Julian Fleming and Gee Scott. 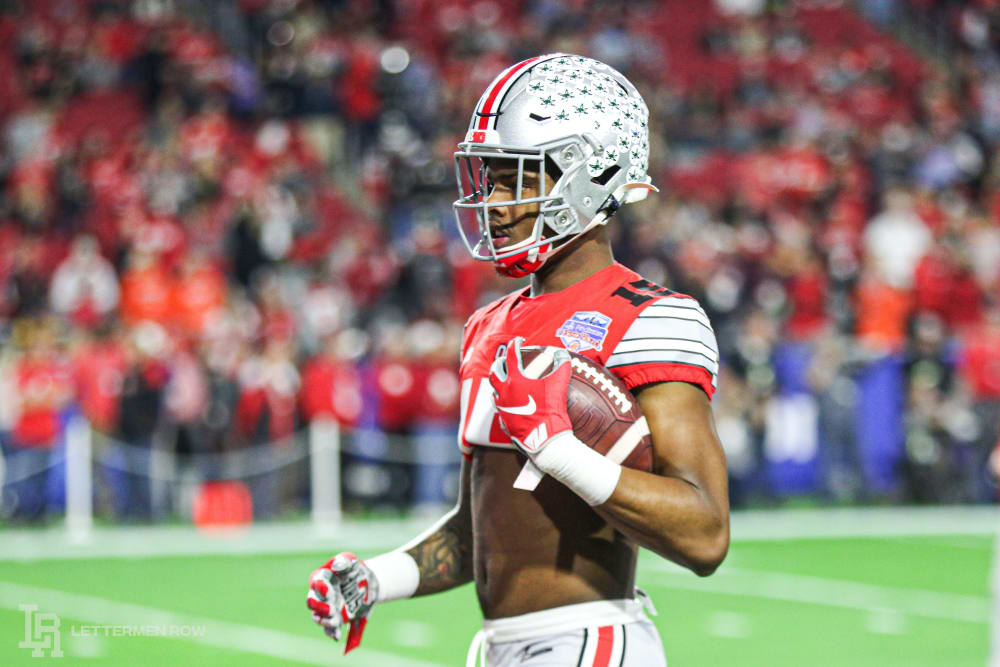 Jaylen Harris will try to find a way onto the field for Ohio State. (Birm/Lettermen Row)

Harris’ size makes him not likely to slide into a slot role, where the Buckeyes arguably need the most help in the wide receiver room this season following K.J Hill’s departure.

So where does that leave Harris? The absence of spring practice for the Buckeyes could be good news for Harris, who has been in the program and has years of experience in practice and in the playbook over the younger wideouts. But this was slated to be a massive offseason for the senior.

And in his final season, he’s looking to build off the lone catch he had a year ago.

The play: Early in the fourth quarter against Cincinnati, Ohio State had a hold on its in-state opponent and had just scored another touchdown. So, Justin Fields and the first-team offense were pulled, making way for second-team Buckeyes to have nearly an entire quarter on the field.

Jaylen Harris had one catch last season for Ohio State.

A 5-yard out in the middle of a 42-0 blowout win isn’t much, but it was one of the career-high 89 offensive snaps Harris played for Ohio State last season. He started on special teams and made quite a few plays for those units, showing he’s willing to do what it takes to find a role on offense.

Harris has a tough road ahead of him; the Ohio State wide receiver rotation is a tough one to find anything room in.

But with a quick release into a route and soft hands, Jaylen Harris caught a pass against the Bearcats. He’s hoping he can do that more next season.