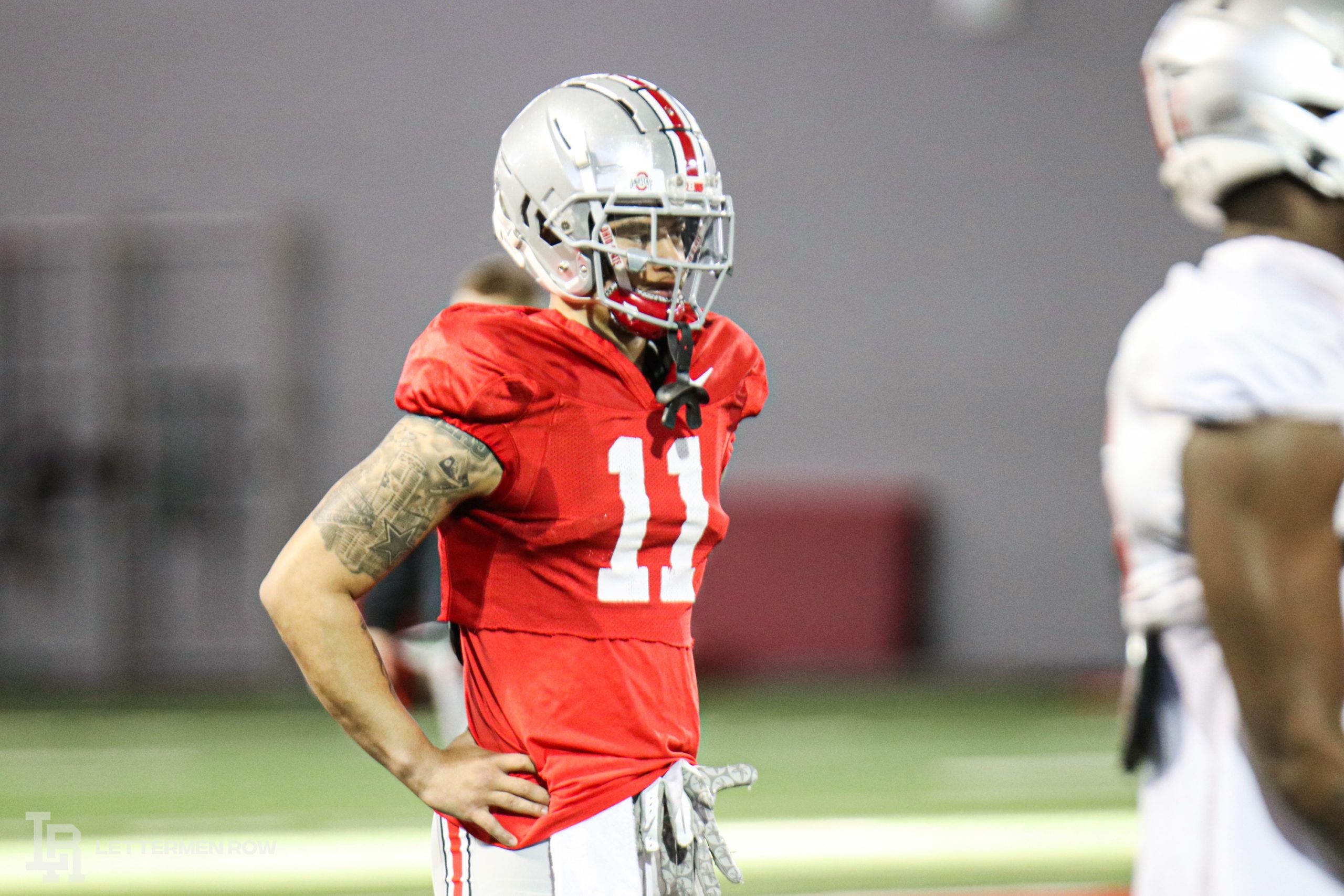 Despite the messy schedule, lack of spring camp and full slate of in-season opportunities, Smith-Njigba still showed he can become a weapon for the Buckeyes offense last season.

A toe-tap touchdown against Nebraska. Catches in six of the seven Ohio State games. An incredible touchdown that was taken off the board against Alabama in the national title game.

Smith-Njigba showcased his ability in spurts last season.  Now entering Year Two and with his first full spring nearly behind him, the former five-star prospect is gaining steam.

Last year was just the beginning.

Smith-Njigba has his sights set on a second-year breakout now.

“By next fall going into the summer, going to get bigger faster, stronger,” Smith-Njigba said Thursday. “Ready to go out there in the fall and just make plays. Blocking and receiving. Just getting open, catching the ball.

Smith-Njigba was asked to be a complementary weapon last season, to supplement the production of the best wide receiver tandem in the country, Garrett Wilson and Chris Olave. But after a year of development and some highlights, his goal is to now take the next step in his development. He’s no longer a freshman. The record-breaking high school stats mean even less now in Year Two for the Buckeyes. He has always been able to catch the ball and make plays.

He has now turned his focus to improving on consistency and blocking, one of the areas he’s grown the most in. 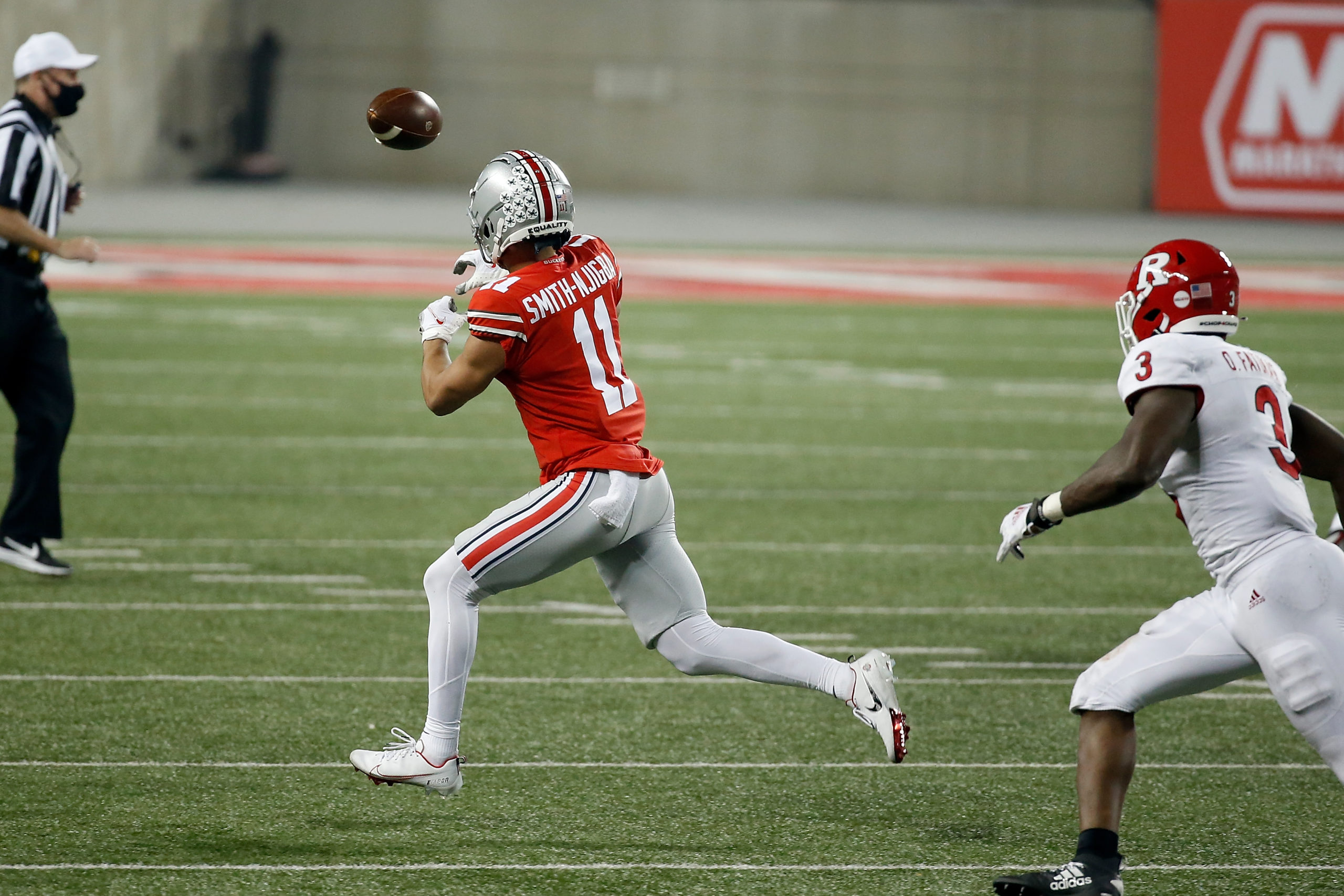 With a new quarterback and the same stable of wide receivers, Smith-Njigba can begin to carve out a role among the elite pass-catchers in the loaded Ohio State room.

“He had a good year last year, but now he’s got to take the next step,” Ohio State coach Ryan Day said. “We want him to be in the mix with the first group. He can do so many great things. He just needs to be more consistent, but we’re excited about this year. He’s had a good, solid spring. He needs to now have a great summer so he can have a great preseason going into the year. But he’s flashed. He made some really nice catches [Monday]. I think he’s really coming on. He’s done a nice job blocking on the perimeter, which is huge for us. That was a huge emphasis coming off of last year that we’ve got to improve on. So we’re excited to see where it goes.

“We’re hoping he takes the next step.”

So far, that call to action has been answered. Alongside Wilson and Olave, Smith-Njigba has gained a bulk of first-team reps. As the veteran duo works on the edges, Smith-Njigba has a chance to become the go-to slot receiver for one of America’s premier passing offenses.

He used last season as a springboard to that. And he’s showing he can take another leap forward in his development this spring — and carry it into the summer.

“Jaxon has done a great job spring-wise,” Buckeyes wide receivers coach Brian Hartline said. “I would say he knows he might have had one little dip in the middle of the spring. He started out the spring hot, then he kind of had a day where he needed to catch his breath — but he’s been on fire ever since. He’s doing a great job. I think he may be our best blocker in the room. His blocking on the perimeter is desired, his physicality is much needed in our room. He’s a pleasure to coach, love coaching him. Throughout spring in general, I’m always trying to rotate guys and get different rotations the best you can.

“It’s been a great spring for him. I think he’s one of those guys who has definitely taken a step.” 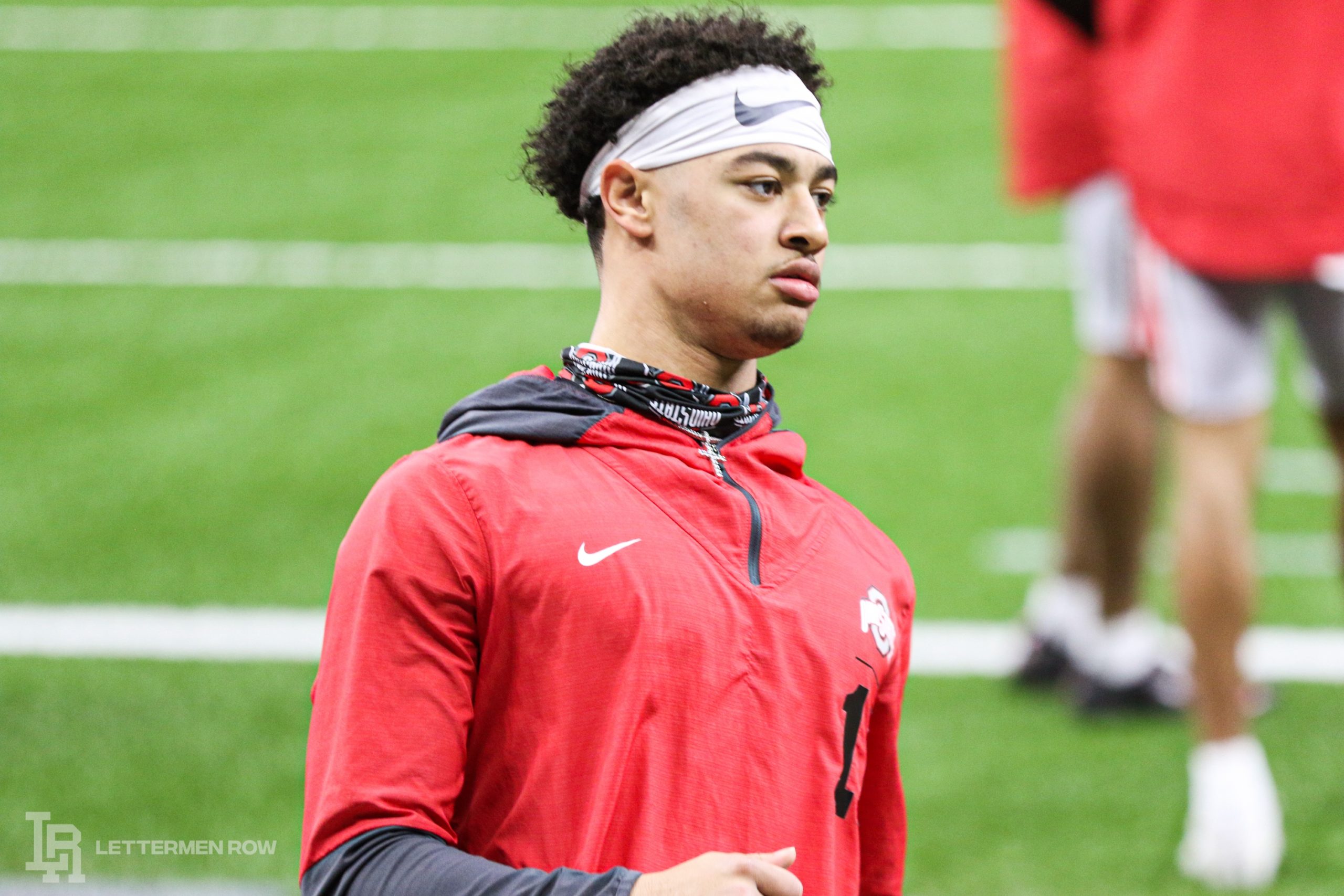 What does that step look like this fall? There’s only one football, and the Buckeyes have weapons stockpiled to throw it to. Wilson and Olave. Tight end Jeremy Ruckert. Fellow former five-star receivers Julian Fleming and Emeka Egbuka. Veteran deep-ball threat Jameson Williams and talented freshmen are also available for the Buckeyes.

With all those options in mind, a second-season breakout may not show up in the form of a 1,000-yard receiving season or a double-digit touchdown year for the sophomore from Texas.

He’s approaching the loaded receiver room with a willingness to be coached and an eagerness to continue his progression. Oh, and he certainly is ready to become a bigger play-making threat for the Buckeyes.

“When it comes to competition, all I can do is control what I can control and make plays,” Smith-Njigba said. “Every time the ball is in the air, make plays. You know it’s a competition, it’s a deep room like you said with guys that can make plays. I just focus on myself and whatever happens, happens.”

What is likely to happen: Jaxon Smith-Njigba is in line for a breakout season.