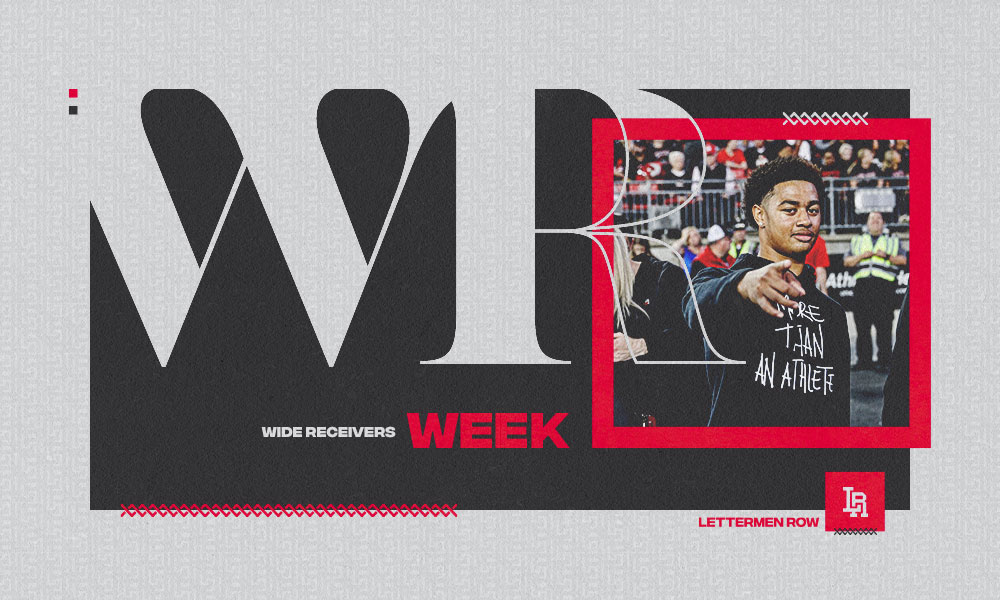 Jaxon Smith-Njigba is going to be a weapon for Ohio State. (Sammy Silverman/Lettermen Row)

COLUMBUS — The broken records and gaudy numbers Jaxon Smith-Njigba registered in his high school career are impressive enough to turn heads and earn him a spot at Ohio State.

Smith-Njigba was so impressive in high school that it was hard to even be mad when he destroyed one of Texas’ top high school programs. Just ask Allen High School football coach Terry Gambill.

“He made some catches that I still can’t believe,” Gambill said. “He’s just very, very talented. He was better than any defensive back that we had.”

Smith-Njigba certainly was the best player on the field when Gambill and Allen took on Rockwall, Smith-Njigba’s high school, in the Texas 6A Division 1 area championship game. He couldn’t be guarded. And when he was, it didn’t matter. If he got his hands on the ball, was catching it. Smith-Njigba finished that title game with 248 receiving yards and six total touchdowns, helping Rockwall win the title.

It didn’t matter what Allen did to stop Smith-Njigba. It wasn’t working.

“His ability to make plays? There’s not many people at his level that can make plays that way,” Gambill said. 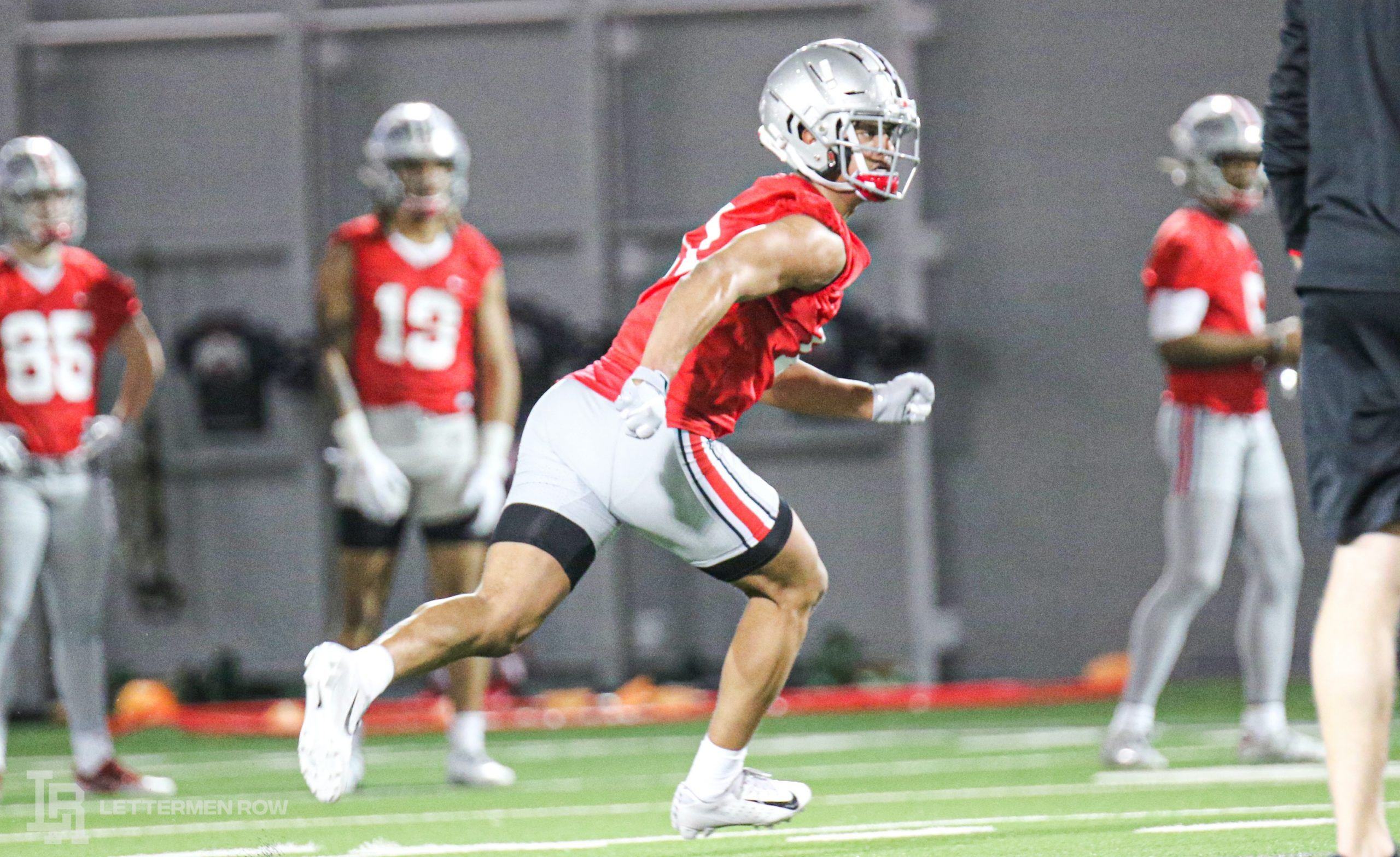 That ability helped Smith-Njigba earn a fifth star, according to the 247sports composite rankings. And it got the attention of Ohio State’s coaching staff early in the recruiting process.

Once he committed in November 2018, he just kept getting better. Last season, he was named Gatorade Texas Player of the Year, but the honor might not have even done Smith-Njigba’s production any justice. He finished the season with more than 30 touchdown catches and over 2,000 yards.

The five-star status was inevitable at that point. But smith-Njigba didn’t care at all.

“It’s not that important to me, honestly,” he said. “I would say it’s more for the fans or whatever, and for the media, but you know, once you get here and once you step foot, no one matters. It’s all about me putting my head down and continuing to work hard, and that’s what I’m doing right now.”

It won’t be near as easy to dominate at Ohio State like he dominated at Rockwall. The defensive backs at Michigan, Penn State and in the College Football Playoff will be better than those in the Allen secondary. Maybe the other Big Ten schools won’t be as intimidated by Smith-Njigba as high school football coaches in Texas were for years. 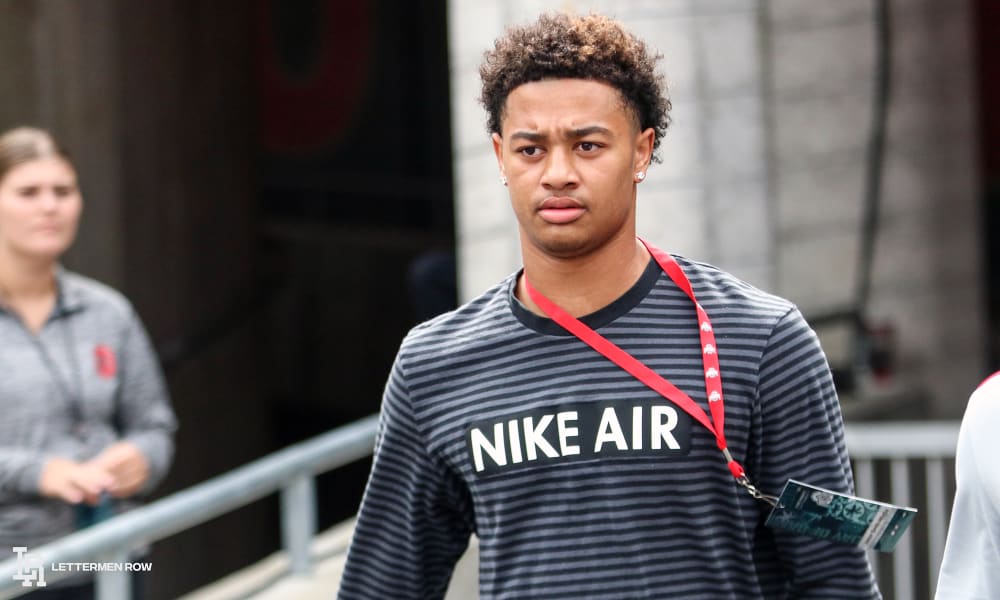 Jaxon Smith-Njigba was committed to Ohio State for more than a year. (Birm/Lettermen Row)

“When we watched video on him, it’s amazing the things he can do when he gets his hands near the football,” Gambill said. “His body control, his ability to make one-handed catches. To me, it looked like he had some sort of suction cup on his hands. I mean, at the end of the day, you’ve got to give people that are really talented and really good, you’ve got to give them credit. And there’s nothing wrong with that. At the end of the day, he’s a very, very talented young man.”

Gambill knew it was going to be a long night against Smith-Njigba and Rockwall. He was right, and Smith-Njigba helped his team put up 60 points and take down Allen. So as Gambill looks back on just how good Smith-Njigba is, he only has one thought.

Plenty of college football coaches around the country are likely thinking the same thing. They’ll have to figure out what Gambill and Allen couldn’t: How to guard Jaxon Smith-Njigba.

Continue Reading
You may also like...
Related Topics:Featured, jaxon smith-njigba

BuckIQ: Jaylen Harris has waited, worked for his turn at Ohio State
Kamryn Babb could be next feel-good comeback story for Buckeyes
Advertisement