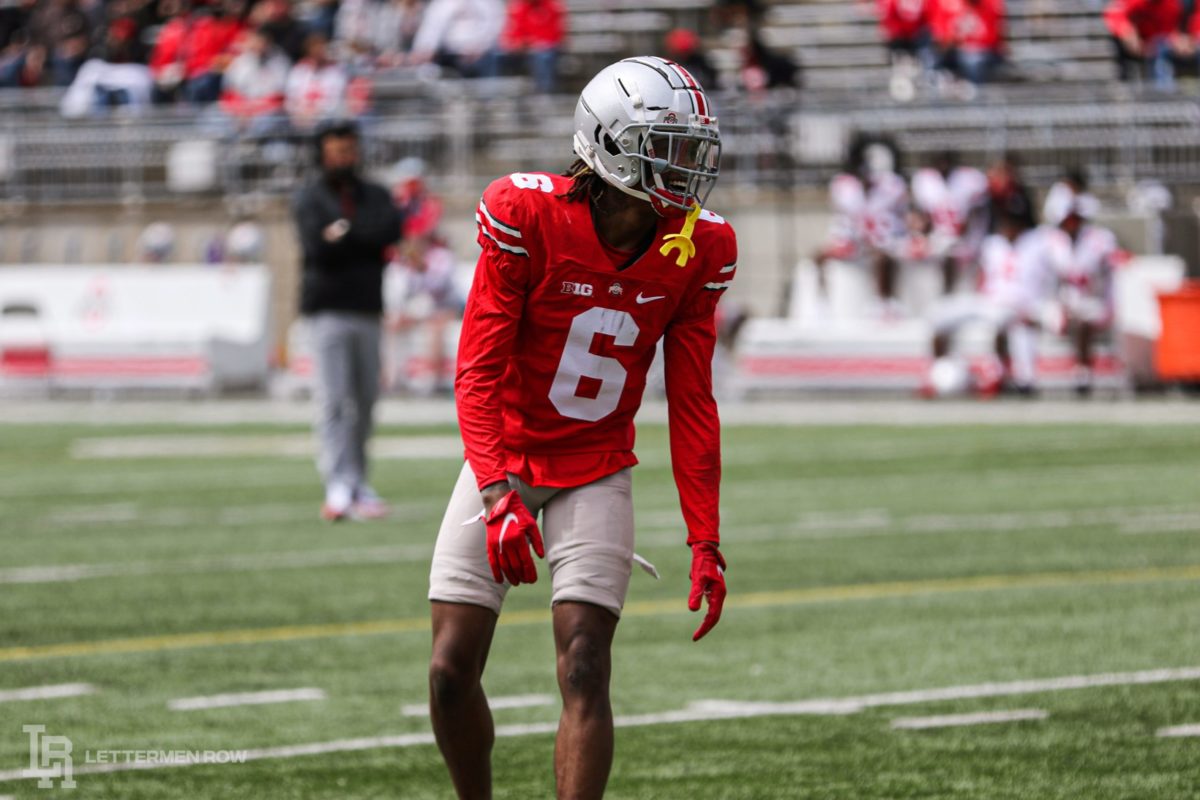 The next time he’ll be on the field, the speedy wide receiver will be wearing the opposite uniform.

Welcome to the new era of college football free agency, where the national powerhouses won’t simply be looking to grab proven veterans from lower levels, they will also likely be passing around elite talents searching for different opportunities. Williams is unquestionably gifted with high-end speed and has spent a couple seasons learning from the best wide receivers coach in the country. But without a clear path to a starting job, the chance to move without sitting out for a season facilitated a quick change into the jersey of the team he just tried to beat in the national-title game.

Granted, there had already been less resistance to appeal waivers from the NCAA, and the rise of graduate-transfers have helped normalize these kinds of immediate-eligibility transfers over the last couple years. But the Jameson Williams move coming together in less than a week is a clear reminder that building and managing a roster will now come with a new challenge — or opportunity.

How quickly can situations change? It was barely two weeks ago that Williams was being hailed as one of the most impressive workers in spring camp for the Buckeyes and was no longer really being viewed as a potential departure from perhaps the nation’s deepest, most talented unit.

“This offseason I felt like I got a lot better also, just working on certain things and perfecting those certain things to become a full wide receiver.”

The Buckeyes wanted to see that development all the way through with Williams, and the confidence that he could become an NFL wideout was never in question. But that process will instead play out with the Crimson Tide, and multiple sources confirmed that came as a heart-breaking, unexpected decision to the Buckeyes.

What does it mean for Ohio State and the wide receivers group now that Jameson Williams is gone? Lettermen Row is breaking down the impact with the departure through the transfer portal now complete. 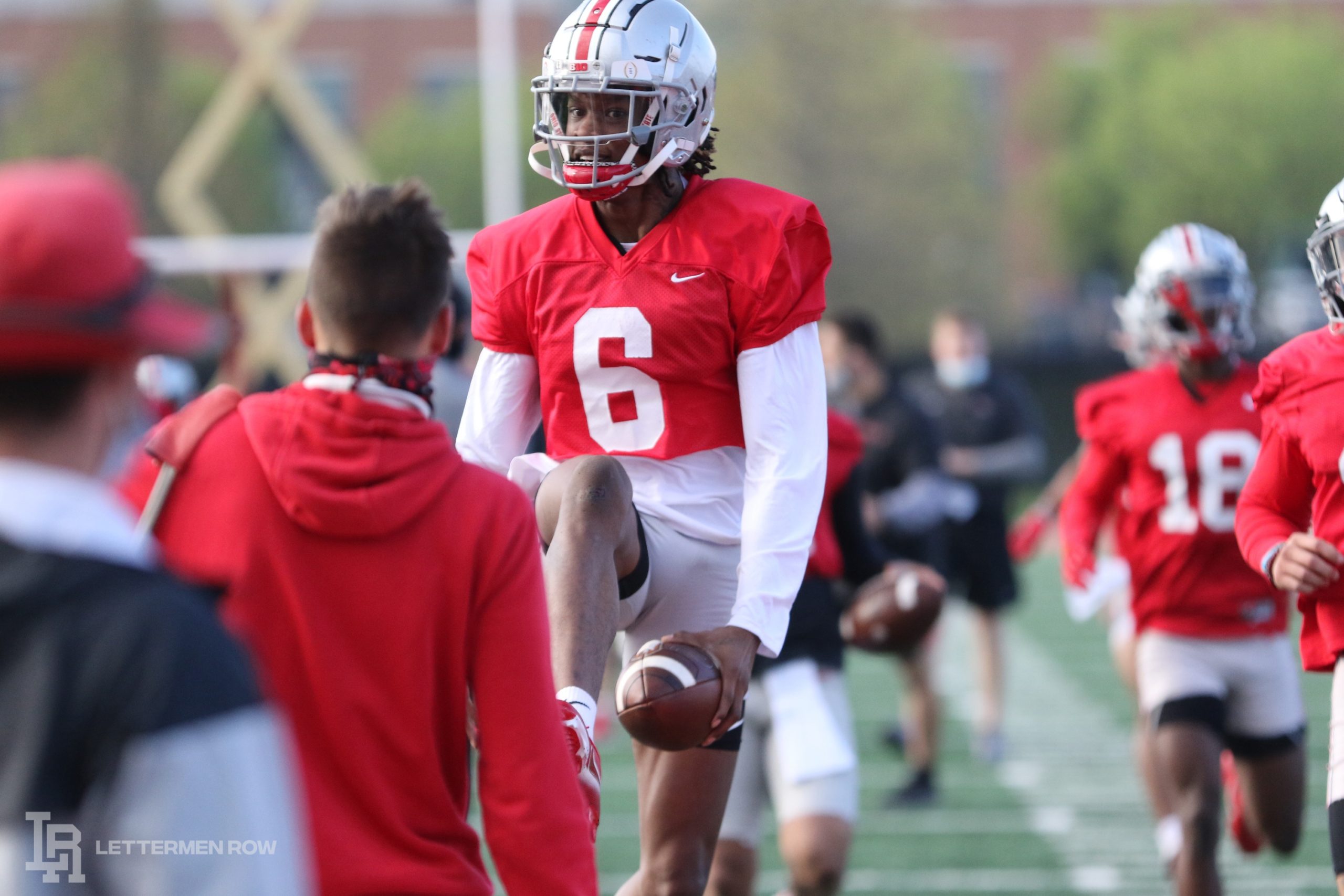 The ridiculous run of recruiting success is already well documented at Ohio State. But the fact the Buckeyes could lose a four-star, former top-100 prospect and barely even blink really puts into perspective just how much talent wide receivers coach Brian Hartline has in his room. Yes, Ohio State would have preferred to have a guy stick around who had two years of experience in the program and showed off his game-changing speed in the Sugar Bowl with a deep touchdown grab — especially since the light was starting to really turn on during spring camp. Williams was never a polished route-runner and didn’t have the most consistent hands, but he brought rare physical tools to the Buckeyes and was seemingly catching up mentally at the position as well.

Even still, Ohio State moved Garrett Wilson back to the outside to complement Chris Olave, and Jaxon Smith-Njigba spent camp solidifying himself in the slot. Despite being limited during March and April, the indications from the Woody Hayes Athletic Center pegged Julian Fleming as also moving ahead of Williams on the depth chart — while freshmen Marvin Harrison Jr. and Emeka Egbuka proved they were going to be ready for the rotation on Day One this fall. Quite simply, no team was better equipped to handle a surprise departure at wide receiver like the Buckeyes.

The Buckeyes will be fine at wide receiver. But that doesn’t mean Jameson Williams isn’t a dangerous weapon, and the part that will sting Ohio State is specifically losing him to Alabama. Setting aside their painful blowout loss in January in the College Football Playoff, the Buckeyes are really only measuring themselves on the national stage against the Crimson Tide and Clemson — so anything that helps those programs get better at their expense will hurt. This also, of course, isn’t going to be the first or last high-profile recruiting showdown. And there’s another one still playing out in the transfer portal as Tennessee linebacker Henry To’o To’o continues to weigh his options in a race that appears to be down to just those two title-game participants. Ohio State and Alabama are recruiting, developing and churning out NFL-caliber athletes at the highest level in the sport. The departure of Jameson Williams doesn’t exact qualify as a loss to the Crimson Tide, but the Buckeyes could sure use a win over them soon. 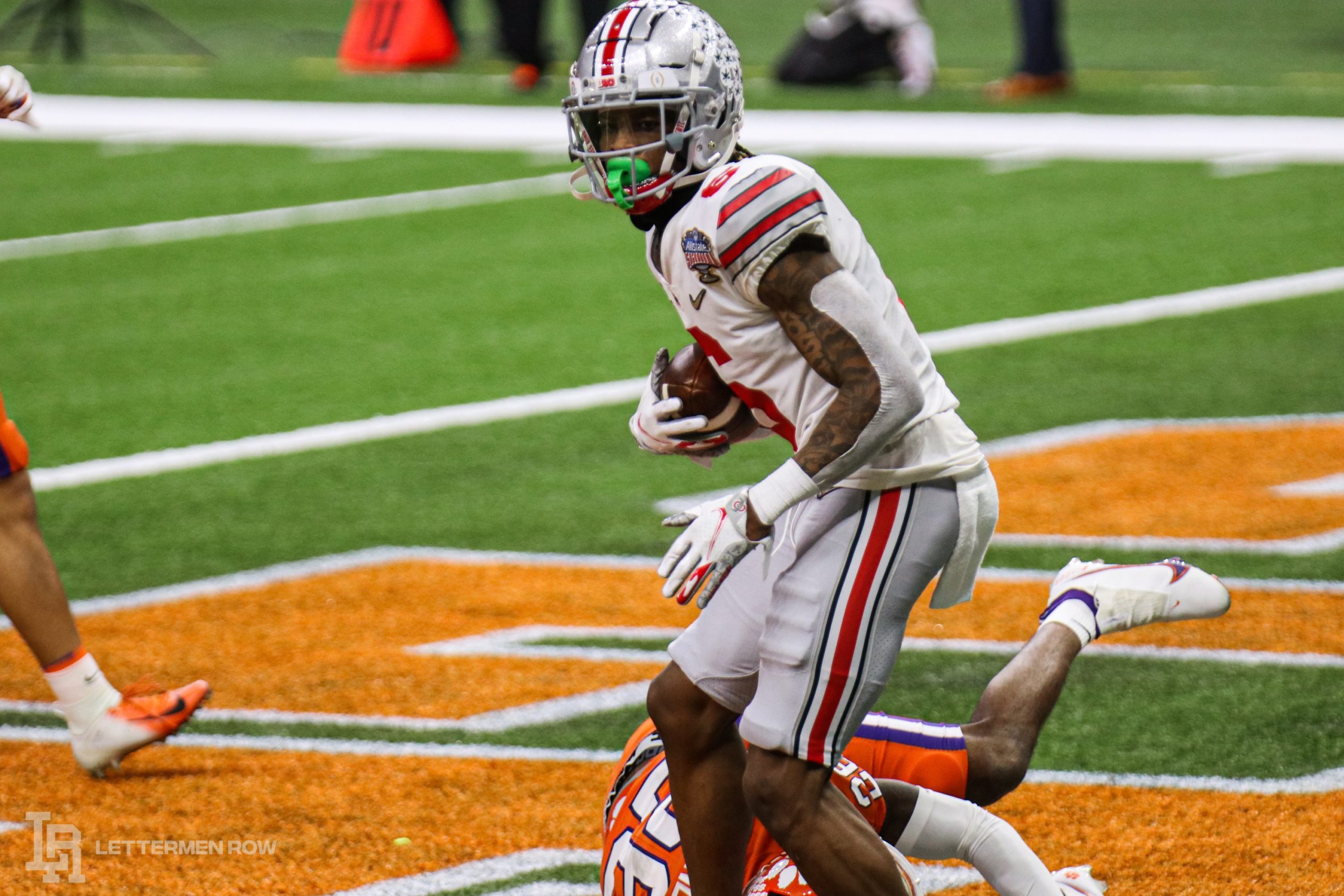 The Buckeyes have proof of their rotational concept working both for the program and for the players who move on to the next level. Whether it’s Michael Thomas or Terry McLaurin or any of the veterans who worked all the way through the process to the finish line, there’s clear value in developing as part of a deep collective of targets at Ohio State while also collecting championship rings. Obviously not everybody is going to make the same decision that McLaurin, Parris Campbell or Johnnie Dixon made one year or Austin Mack, Binjimen Victor and K.J. Hill did the next. But those guys elevated the Zone 6 culture into one of the strongest on the roster, shattering the stereotypes of selfish wide receivers along the way. That doesn’t mean the program is for everybody, and there’s nothing wrong at all about Jameson Williams or anybody else making the best decisions for their own futures. But when the Buckeyes are recruiting and signing nothing but four- and five-star wide receivers, it’s also going to be a fact of life that setting expectations and having clear, honest, two-way conversations about roles will only be more important down the road. There’s only one football, and that’s not changing. Odds are the Buckeyes aren’t going to start recruiting less talent any time soon, but they also won’t want to see attrition every offseason either.

That’s the balancing act for Brian Hartline and the rest of the Ohio State staff. The Buckeyes will be just fine without Jameson Williams, but his departure effectively kicked off the next era of college football for them.

Next Man Up: How Buckeyes can replace invaluable Josh Myers at center
Justin Fields among betting favorites to win NFL Rookie of the Year