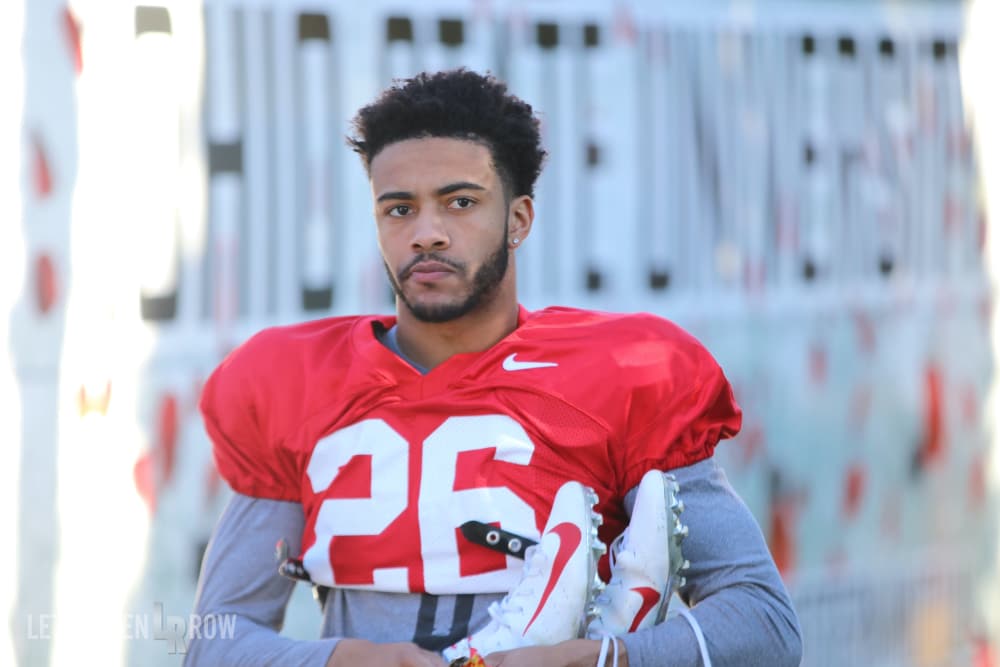 Ohio State athlete Jaelen Gill is off to a solid start in spring camp for the Buckeyes. (Birm/Lettermen Row)

The speculation, debate and conversations about Ohio State never end, and Lettermen Row is always ready to dive into the discussions. All week long, senior writer Austin Ward will field topics on Ryan Day and the Buckeyes submitted by readers and break down anything that’s on the minds of the Best Damn Fans in the Land. Have a question that needs to be tackled, like the one today about Jaelen Gill? Send it in right here — and check back daily for the answers.

Could the emergence of gill spell doom for McCall?

The list of guys to keep an eye entering the Woody Hayes Athletic Center on Wednesday morning didn’t necessarily have Jaelen Gill listed prominently. But bursts of electric athleticism are hard to miss, so the redshirt freshman made sure that he couldn’t be ignored as Ohio State opened spring camp.

The usual caveats apply here, and it’s always worth the reminder that one hour of practice without full pads on must be taken with a grain of salt. But it’s also true that few players did anything as memorable as snag a one-handed catch with a defender on his back or show the kind of burst at the line of scrimmage that Gill did during a head-to-head drill against an overmatched safety, and that should count for something. It’s too early to pronounce him as a surefire solution at H-back as Ohio State tries to replace Parris Campbell, but his potential certainly puts Gill in that conversation.

Last year was no doubt frustrating for a do-it-all offensive weapon who didn’t have anywhere to use his skills with so many veterans ahead of him. He’s also not the first touted recruit at the position who needed a bit of patience while learning the intricacies of the role, developing his body and getting up to speed at the championship level for the Buckeyes. Even Parris Campbell can attest to that, just as Curtis Samuel or Dontre Wilson could a few years before that. If it were just as simple as taking a jet-sweep handoff and hitting the accelerator, any track star could play the position. 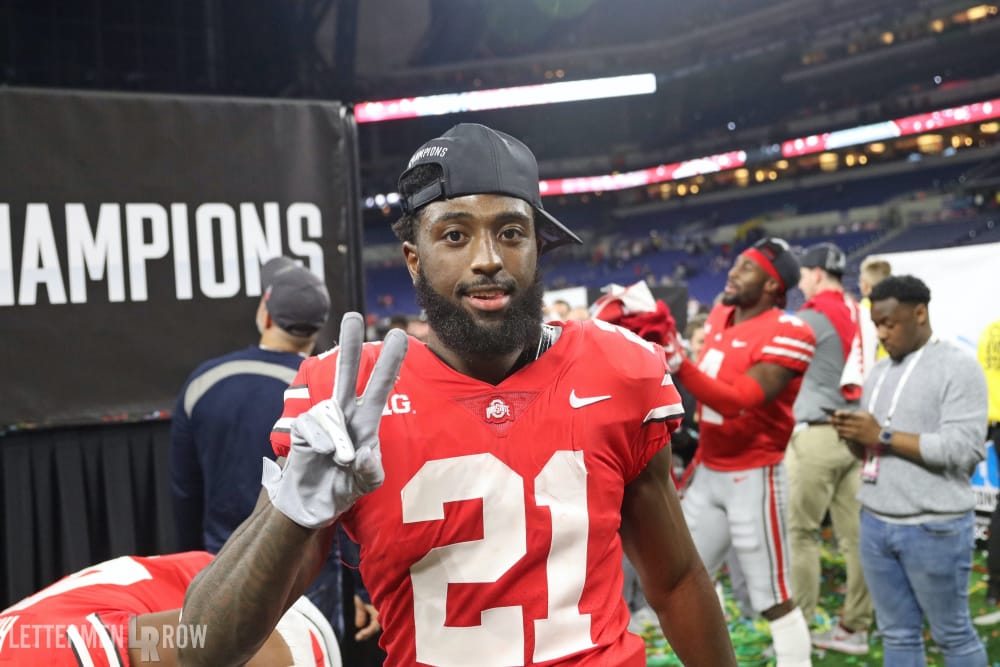 Gill also is going to make mistakes, and there was at least one dropped pass during the open portion of the practice. He’s still not even close to a finished product, and the path to playing time can still be complicated by the presence of K.J. Hill and perhaps Demario McCall when he’s healthy. As for McCall, he appears to be likely more of an option as a rushing threat in the backfield, so the rise of Gill might not directly impact his chances of contributing. But it’s just another part of the competition for Gill as he looks to make his move into the rotation for meaningful snaps.

At least for starters, Wednesday appeared to be a solid first step for Gill. There are still 14 more workouts ahead of him this spring and then all of training camp in August for him to prove that he’s ready to make the second-year leap for Ohio State. He’ll have to turn those glimpses at his upside into more consistency, but it was easy to see why the Buckeyes wanted him so badly on the recruiting trail a year ago.

If nothing else, Jaelen Gill is squarely on the radar now.

Lettermen Live: Breaking down start of spring at Ohio State
Watch this video on YouTube.