COLUMBUS — Wake Forest High School was already on the map thanks to the guy who came before Jaden McKenzie on the defensive line there in the tiny North Carolina town.

It was still a little bit out of the way of the normal recruiting trail for Ohio State. But once the Buckeyes popped on the film of McKenzie and position coach Larry Johnson saw the potential of a three-star prospect with room to grow, there was no stopping the program from a visit.

Ohio State knows exactly what it wants in Rushmen to play up front. And McKenzie has everything the Buckeyes would need to help ensure the defensive tackle spot remains loaded for years to come as he transitions into the program with a chance to learn from the veterans ahead of him — just like he did once behind first-round pick Dexter Lawrence.

“I think that’s what made it special, he was kind of in the shadows, Jaden played with Dexter for one year on that line, and he stood back and learned from Dexter,” Wake Forest coach Reggie Lucas told Lettermen Row. “Our defensive line coach loved his quickness, you know we kind of had to slow him down sometimes the way we wanted him to play in our defense. 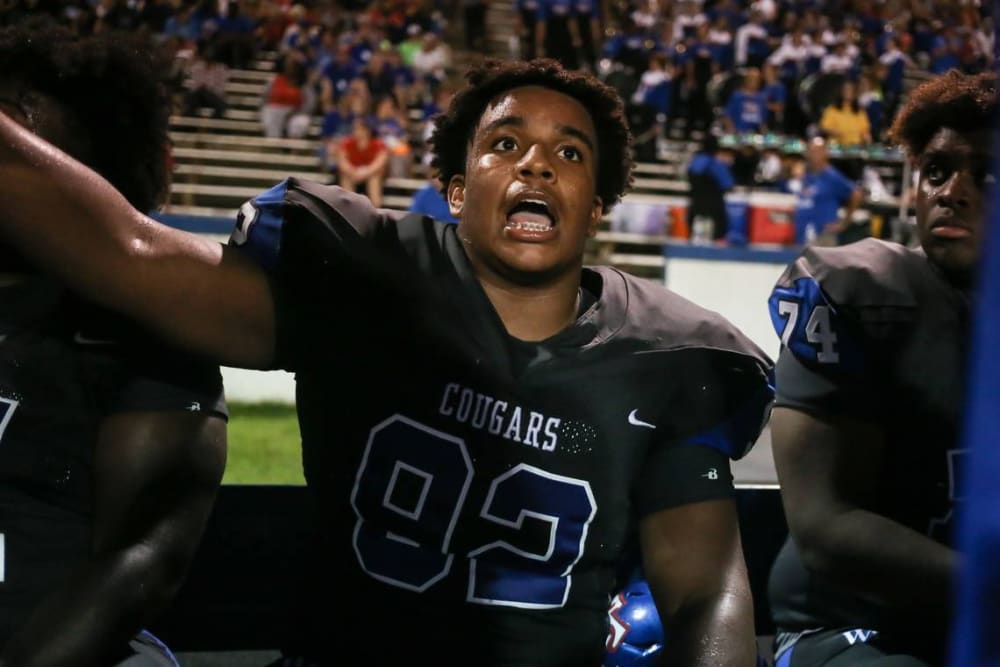 Ohio State signee Jaden McKenzie brings plenty of potential with him to the Buckeyes. (Jaden McKenzie/Twitter)

“But he was very coachable, and I think some of those things helped him step into his role and be a captain. Because when he was younger, he wasn’t worried about the spotlight and waited his time.”

The Buckeyes are going to be patient with McKenzie as well, and they can afford to be since he’s stepping into a position that might be the deepest on the roster. The chance to learn from guys like Robert Landers and Davon Hamilton while absorbing the lessons from one of the most respected assistants in the country was too good for McKenzie to pass up — just like his skills were too impressive for the Buckeyes to ignore.

What makes Jaden McKenzie so appealing to Ohio State? Where does he have the most room to improve? How does he fit into the plans for the Buckeyes in the short term and over the next few years? Former Ohio State captain Zach Boren was back in the Lettermen Row film lab breaking down the highlight reel of the signee from North Carolina in the latest episode of BuckIQ.